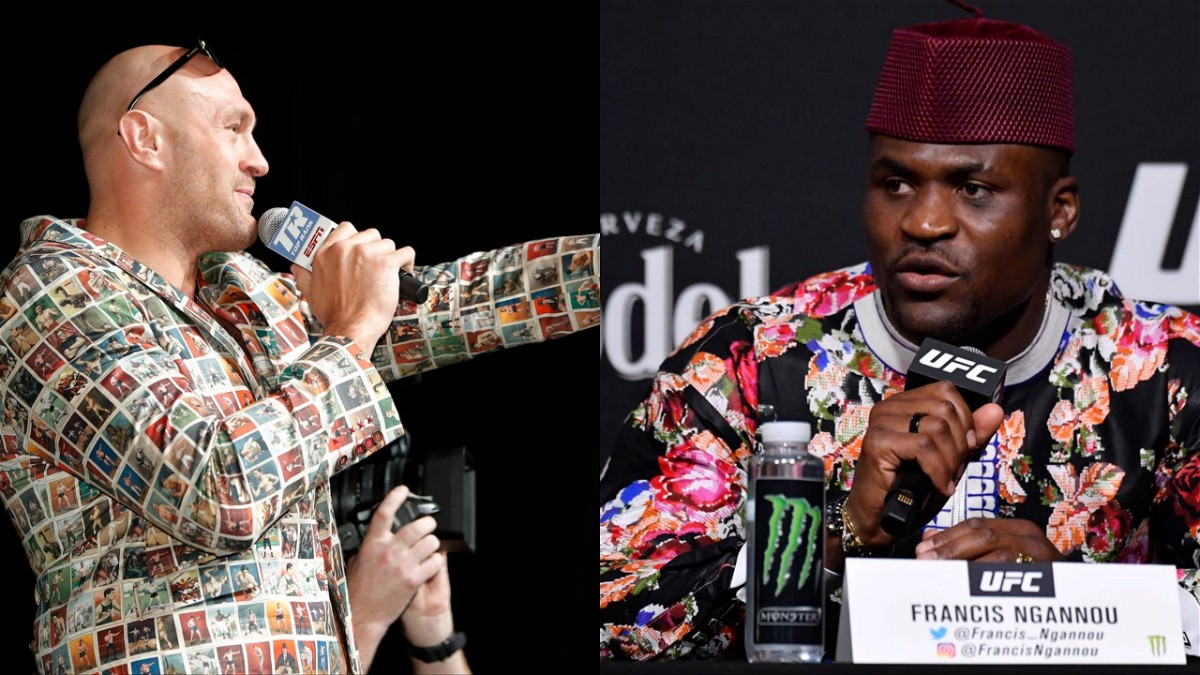 2022 is in its infancy and Tyson Fury is already setting up his calendar for 2023. Fury recently revealed that he plans on fighting the current UFC heavyweight champion of the world, Francis Ngannou next year.

In January, ‘The Predator’ Francis Ngannou edged out a victory against Ciryl Gane at UFC 270. Following the event, boxing heavyweight champion Tyson Fury sent a congratulatory tweet. He also floated the idea of a big-money fight between the two. Ngannou seemed interested in the idea as well.

In a recent interview, Fury has revealed that a fight between the two will take place next year. He added,

“I am going to fight Francis Ngannou in Las Vegas next year – in March or February. There’s been no talks this year, because I have got some boxing to do. But next year we can have some fucking crazy fights. I believe it breaks all pay-per-view records in the United States. Two heavyweight champions going head to head.”

Now, the potential bout has a timeline and venue. The statement makes sense as the UFC champ is currently injured and does not seem likely to fight until the fall of this year. Hence, the boxing match is most likely to take place in 2023. Meanwhile, the current Lineal Heavyweight champion has his plate full as he is likely to fight Dillian Whyte next.

What is next for Tyson Fury and Francis Ngannou?

As mentioned above, Fury will be busy with a fight against Dillian Whyte. The purse bid for the fight resulted in the highest amount of bid ever recorded in the history of the sport. Frank Warren won the purse bid with $41 million. It was almost $10 million more than the second-highest bid from Eddie Hearn.

Tyson Fury is also expected to fight the winner of Oleksandr Usyk vs Anthony Joshua. Hence, 2022 seems jam-packed for the Gypsy King. His counterpart on the MMA side will be facing adversities of his own. Although he won’t fight in an octagon for a meaningful period of time, Ngannou is currently in talks with the UFC to sign a new deal.

Although there were a few hostile exchanges between the two parties prior to UFC 270, things seem to have calmed down. UFC president Dana White claimed that he had a few meetings with Ngannou regarding the contract situation. Hence, it will be interesting to see if Francis walks into the ring against Tyson Fury as the UFC heavyweight champion or as a free agent.

How to Watch Amir Khan vs Kell Brook: Full Fight Card, Time and Date in USA, UK, Canada, and India