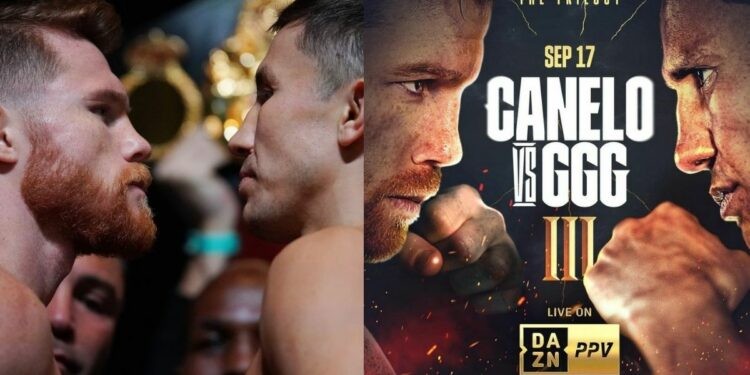 Finally the wait for the highly anticipated trilogy matchup between Canelo Alvarez and Gennadiy Golovkin is over as both the middleweights along with their promoters have officially announced the fight on their social media handles.

This trilogy fight will take place on September 17th. However, the venue for this fight is yet to be confirmed. Canelo will defend his super middleweight titles against Golovkin.

Taking a look at their previous fights, The Kazakhstani middleweight brutally finished Ryoto Murata in the ninth round to unify the middleweight titles. On the contrary, Canelo Alvarez was completely outclassed by Dmitry Bivol in his quest to become the WBC light heavyweight champion.

However, Canelo will look to move on from that loss and shift his focus back on defeating his long time rival GGG. Meanwhile, Golovkin would try to avenge his loss from the rematch and equal the scores.

It is needless to say that fight enthusiasts were waiting for the announcement of this trilogy bout for a long time now as their first two fights were extremely close. With the fight announced, every single fan can expect some big fireworks as these two superstars have never failed to entertain when they step inside the ring.

How did the first two fights between Canelo Alvarez and Gennadiy Golovkin playout?

With the official announcement of the trilogy bout between Canelo Alvarez and Gennadiy Golovkin happening an hour ago, let us look back at how the first two fights between the two middleweights played out. 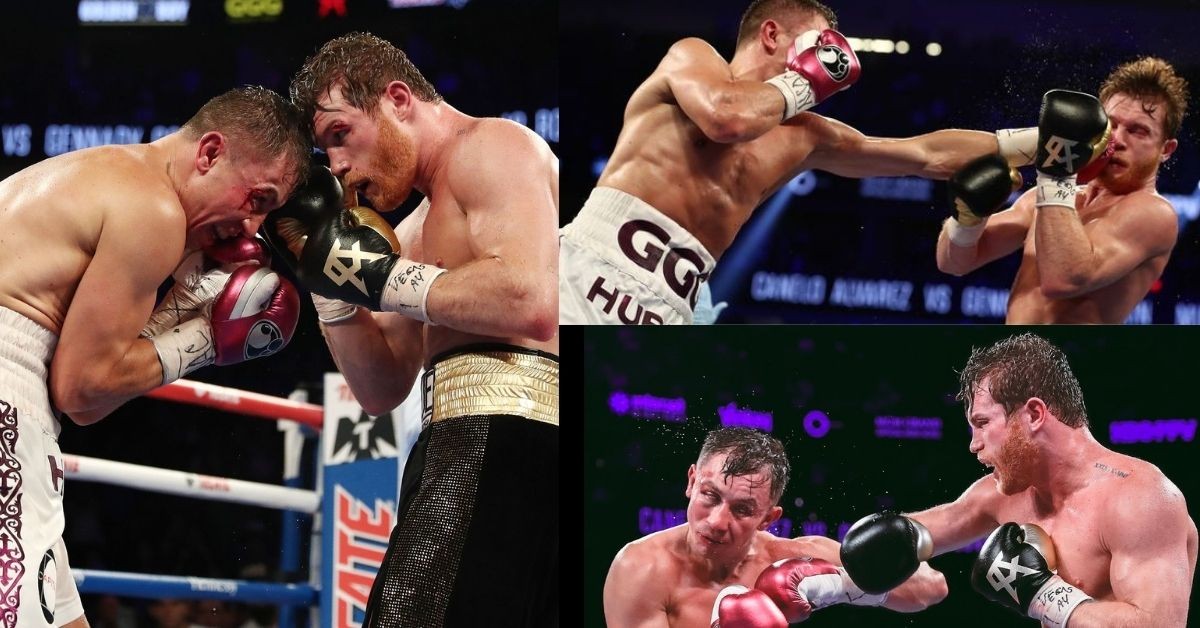 The first fight between Canelo and GGG was a fight to be remembered for the ages as both the boxers traded some several big shots throughout the twelve rounds. However, after twelve rounds of action, the judges could not come to an agreement in scoring.

Unlike the first matchup, Canelo was aggressive as he attacked Gennadiy with some good body shots early in the fight. However, GGG did not allow the Mexican middleweight to settle as he landed numerous jabs to win several rounds.

It was a close contest with both middleweight’s showing their incredible skillset in front of a jam packed stadium. In the end, the judges declared Canelo as the winner via unanimous decision.