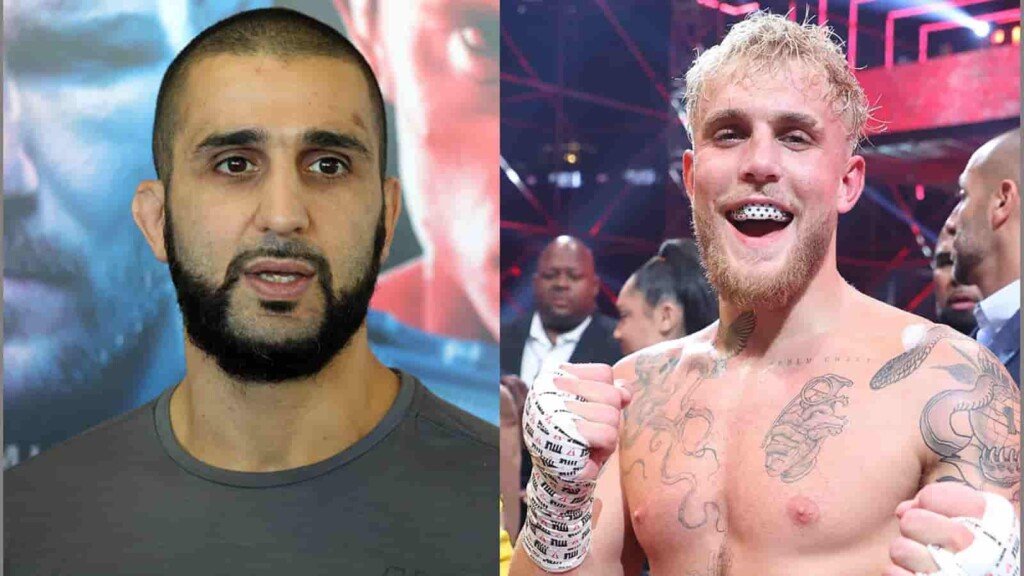 Less than three weeks are left before Jake Paul will go head to head against Tyron Woodley in a mouth-watering boxing match. As a result, boxing fans are anticipated about this matchup because the Chosen One is expected to be the Problem Child’s toughest fight.

Hence there is a lot of noise around this fight and subsequently, many fighters, coaches, and boxing experts are giving their opinion on this clash. However, among these opinions, Firas Zahabi who was a coach of Georges St Pierre and is currently a trainer at Tristar Gym has made strong accusations against Jake Paul.

“I think Jake Paul’s corner is going in on all sorts of substances. Honestly, guys, I was holding back I didn’t want to say this. But that was the first question I saw, I didn’t do it on purpose. Zahabi also added “I don’t think they test, maybe the week of the fight. There’s no USADA and I didn’t want to say but I think that’s a major factor when I tell you guys he’s bigger and stronger and he’s more athletic.”

“I think basically he’s going to be on PED.” He confirmed that Jake Paul will definitely be on PED’s as it exists in the sport of boxing. On the other hand, Firas Zahabi believes that Tyron Woodley won’t do PED’s and will be natural for the bout. However, Jake Paul has not responded to any of Firas Zahabi’s allegations against him as of now. Moving on, it would be fascinating to hear his response to Zahabi’s allegations.

The main topic of Firas Zahabi’s podcast last week was the boxing match between Jake Paul and Tyron Woodley. As a result, he gave his views regarding both fighters and Firas also selected his pick for the bout. Before making a prediction, Zahabi revealed the reason why he chooses to do a preview on this boxing fight rather than big MMA fights.

“I always like to do fights that are hardest to predict. We know so little about Jake Paul and we know so much about Tyron Woodley in MMA but he’s going into boxing. There are so many unknowns.” Later Zahabi gave his prediction for the bout between Jake Paul and Tyron Woodley.

If you guys want to know my pick, I’m picking Tyron Woodley. Firas Zahabi also stated his reason behind this pick. Well, number one guys remember If I ever train with a guy or I’ve ever trained with somebody I pick that guy.

Comment below who you think will win this fight between Jake Paul and Tyron Woodley on 29th August in Cleveland.