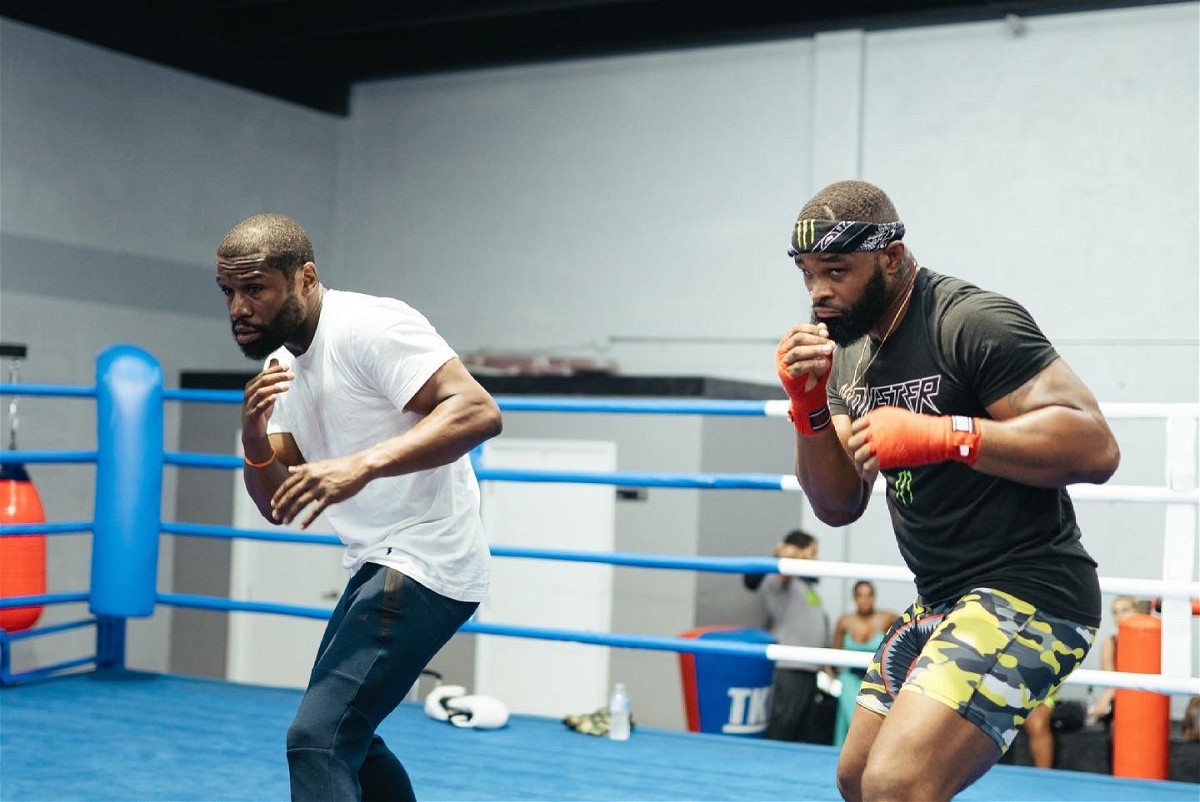 For Jake Paul, it’s a huge stepping stone and if he comes out victorious on August 28 then there is no denying the fact that The problem Child is as real as it gets. On the other hand, Tyron Woodley will be looking for redemption after four consecutive losses in UFC. The Chosen one will also be aiming to kick start his boxing career, something he has always been eager to do.

It’s a huge opportunity for the former UFC welterweight champion. It’s needless to say that Woodley can beat Jake Paul if he trains seriously for this fight and considers Jake a real boxer instead of a YouTuber. And it seems Woodley is serious about making an impact in the boxing world as he joins Floyd Mayweather to train for his upcoming fight.

Leading up to the fight against Logan Paul, Floyd Mayweather offered Tyron Woodley to come and train with him for his fight against Jake Paul. The rivalry between Mayweather and Jake Paul is very well known and it does not come as a surprise that he is willing to train Woodley before his boxing debut.

This can play a huge factor in the outcome of the fight between Tyron Woodley and Jake Paul. If Woodley trains with Mayweather for a significant amount of time then he can fine-tune a lot of his boxing techniques. The world has already seen how Floyd Mayweather has turned Grevnota Davis into a weapon of mass destruction. And it won’t be surprising if Woodley drastically improves his boxing skills following the training sessions with Mayweather. Now Jake Paul also have the access to the best coaches and training partners. He has been boxing for over 3 years now and despite the criticism, he receives from the fans Jake Paul does put a lot of effort to sharpen his boxing skills. And his last fight was an eye-opener for a lot of fans who thought Jake Paul can’t really box.

Nevertheless, Tyron Woodley will be the toughest opponent of Jake Paul’s boxing career. And it’s needless to say that The Problem Child should be concerned after the addition of Floyd Mayweather to Tyron Woodley’s training camp.