Jake Paul Offers $500k to Tyron Woodley If He Knocks Him Out In The Rematch, Woodley Reacts 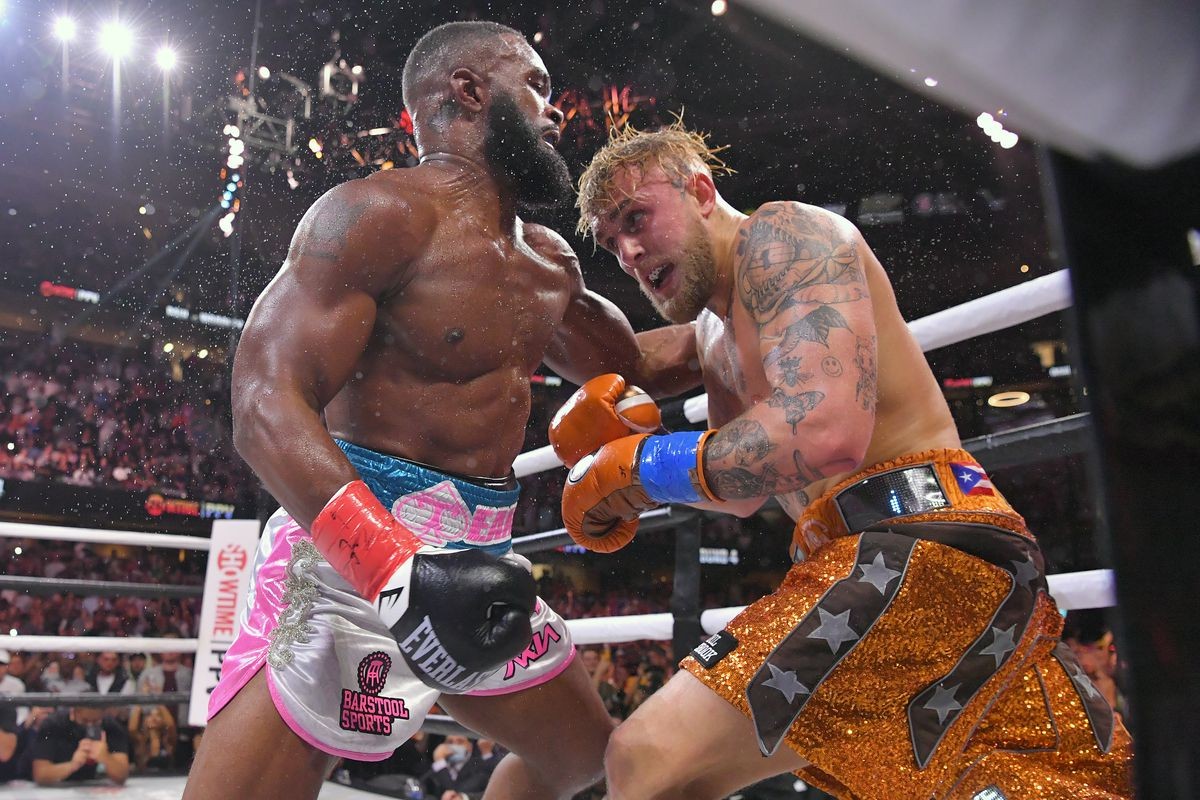 Tyron Woodley has secured a second fight with Jake Paul. Although the latter had no interest in fighting the former UFC Welterweight Champion, the fight came about on short notice after Paul’s opponent fell out at the last minute. After a brief conversation between the two parties, Woodley agreed to take the fight and it was made official for December 18.

Tommy Fury was the original opponent for Jake Paul. The two feuded since the last time Jake fought Tyron Woodley. It was very evident that Fury will be the next opponent for the 24-year old YouTube boxer. But a rib injury caused the half-brother of Tyson Fury to pull out of the fight and make way for the rematch to take place.

Tommy Fury has pulled out of the fight due to a “medical condition” and Tyron Woodley is stepping in for December 18th for the official rematch. pic.twitter.com/t1OFVQQBBt

The first fight between Woodley and Paul was certainly an entertaining one. Coming into the fight, Jake Paul did not have much experience fighting good strikers. Hence, it was seen as the perfect opportunity for the former UFC Champion to knock him out. The fight seemed to be headed that way as Woodley rocked Paul in the 4th round.

But the Paul brother persevered and outboxed Woodley for the rest of the rounds and won the fight via unanimous decision. Following the fight, Woodley immediately called for a rematch. Now that the fight is a guarantee, Jake Paul has offered an extra $500,000 to Woodley if he manages to knock him out.

During the video where Jake Paul announced that he will fight Woodley, he also put up an offer to Tyron Woodley. He promised a $500,000 bonus for the 39-year old if Woodley knocks out the 4-0 fighter. In a recent interview with ‘Submission Radio,’ Woodley spoke on the matter.

Speaking on whether Jake Paul cares to prove his legitimacy to fans or not, T-Wood said, “He does care. He’s younger and he’s from the YouTube world where the comments are brutal. In Instagram, everything they do is planned out with skits and captions. This is what he actually does for a living. I fight for a living. This is his part-time job.”

“This thing he does for a living is content. Lifestyle content, sizzle reels and pranks, and challenges. That’s what he does. For me, I’m really to the point in my life where I don’t give a f**k.

He went on to talk about the pressure of the rematch. Woodley added, “Him truly leading the fans and people talking about no competition. I mean starting from no knockout clause and all these other stuff, he’s adding additional pressure to himself. I don’t add no pressure to myself.”

“Does the 500 thousand make me wanna do it even more? I don’t know. Because I already wanted to do it anyway,” concluded Tyron Woodley.