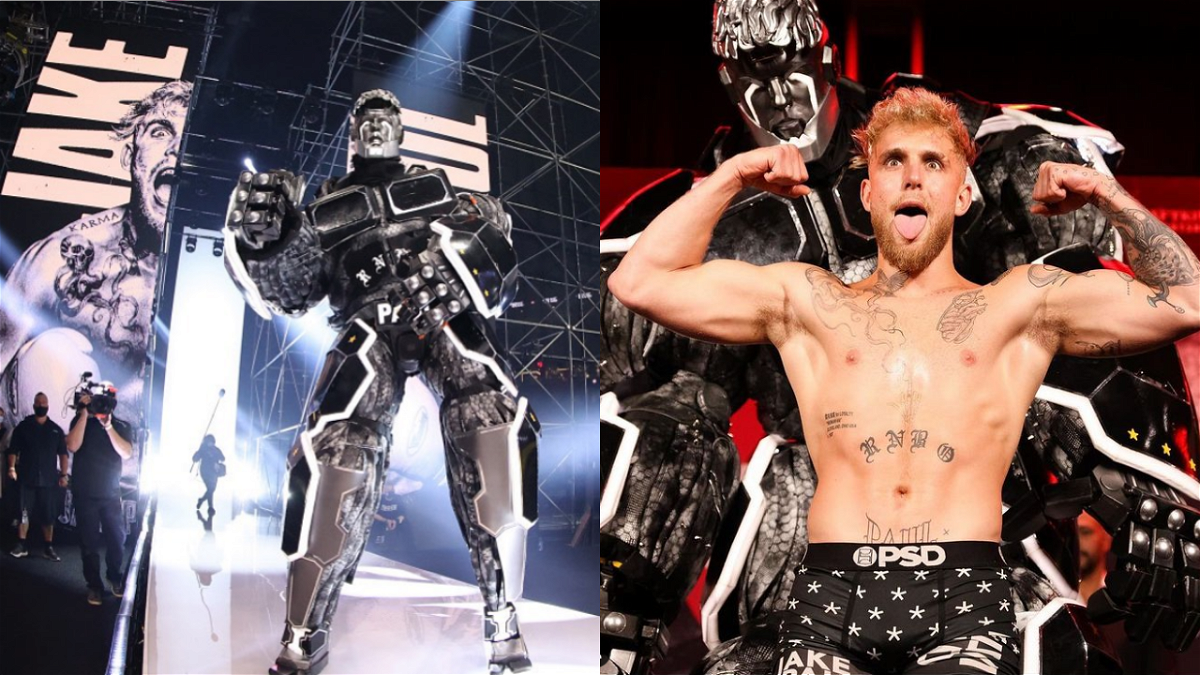 Jake Paul, a social media influencer turned boxer has been grabbing the headlines around the world since making his debut in the world of professional boxing. Moreover, The Problem Child has been the talk of the town and has always found a way to spice up things on the internet.

As a result, Jake has gained a lot of haters in this process. Be that as it may, he does have a lot of fans as well, and his continued rise in the world of combat sports promises great things for him in the coming future. 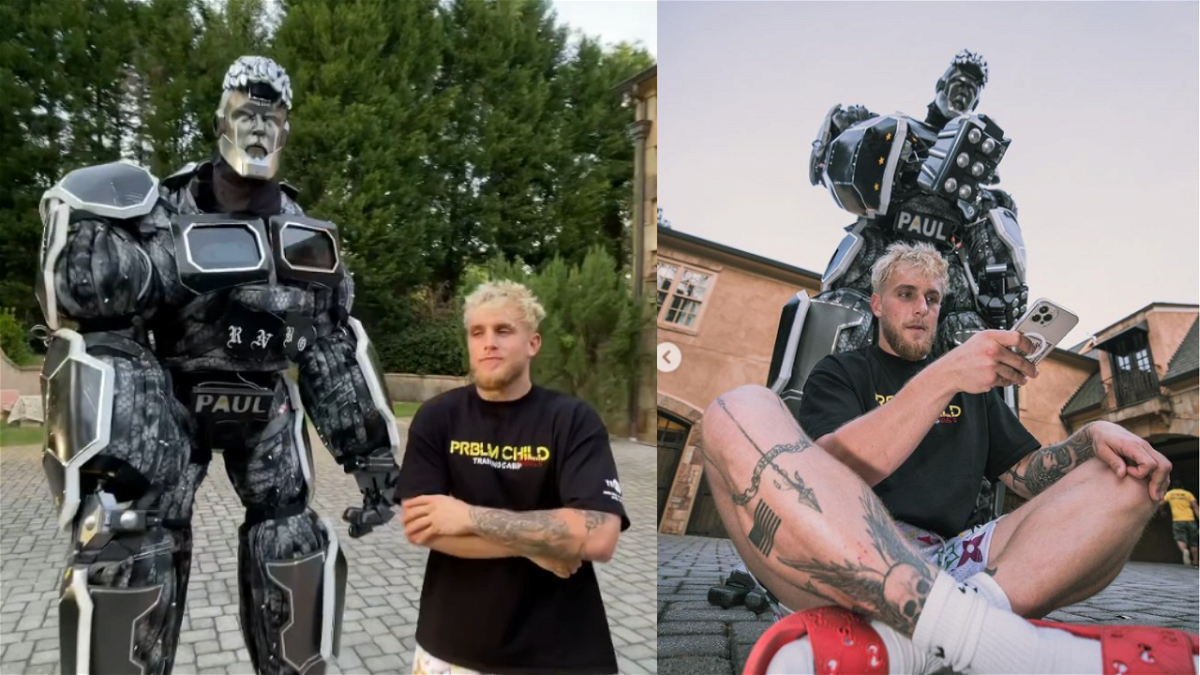 Problem Bot will continue making appearances alongside Jake Paul and who knows it might become a trend among other celebrities when they fight in the boxing ring in the future. Going ahead let’s take a look at the first time Jake Paul displayed his mascot to the entire world.

When did Jake Paul reveal his mascot “The Problem Bot” for the first time?

The Problem Bot is a ten feet tall robot that is the official boxing mascot for the YouTuber turned boxer. Jake Paul revealed his official fight mascot on April 14 in an Instagram post. He captioned this post “That’s my best friend“. In the video, Jake was dancing with the robot on a popular TikTok trend.

Jake Paul’s unveiling video amassed a massive 5.1 million views and 3.851 comments in a single day, gaining a huge uproar on Instagram. As a result, everyone was surprised after watching the video and there were mixed reactions after he disclosed his mascot.

Many people on the internet trolled him for his antics before the fight. Nonetheless, the Youtuber managed to grab everyone’s attention because this is not something every pro boxer can afford to do with his earnings.

Moving on, the Problem Bot made his first appearance during Jake Paul’s weigh-in for his fight against Ben Askren. Later he made his official debut as a mascot as he entered alongside Jake Paul for his fight against the former Bellator and One Championship welterweight champion Ben Askren. The Problem Bot stood ringside while Jake secured a dominating knockout victory.

When he revealed his mascot it looked like it was just a one-time thing for a single fight. But it looks like Jake wants to normalize mascots in boxing as his Problem Bot is featuring regularly alongside the influencer.

It is quite certain that Jake Paul is a trendsetter as he has made celebrity boxing popular. As a result, he is making a name for himself in the sporting industry. Legendary boxers like Mike Tyson and Tyson Fury have praised the social media influencer for revolutionising the sport. Fury lauded the Paul brothers for bringing a breath of fresh air in boxing.

Why did Jake Paul name his robot the Problem Bot?

Jake Paul’s robot, the Problem Bot is not an AI but a mascot with a face under the suit. The Problem Bot is just a suit and is nothing other than a marketing tool used by the YouTuber to gain more traction during his appearances for his upcoming boxing bouts. 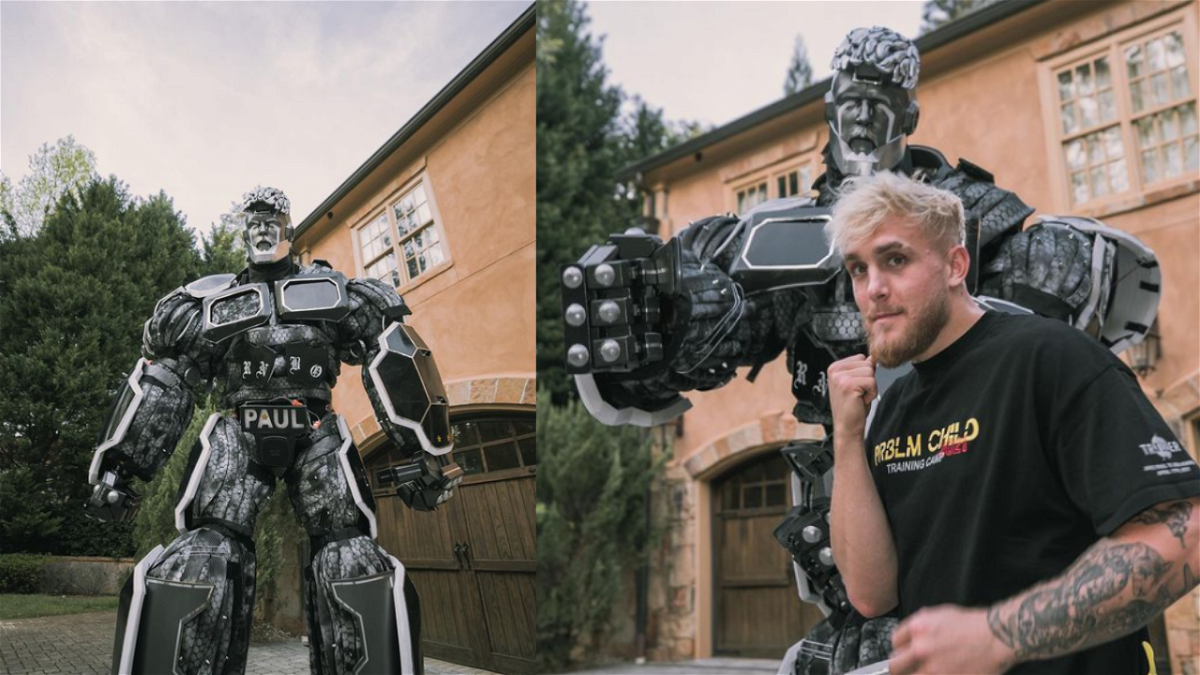 It won’t be wrong to say that it has definitely helped, with the Problem Bot gaining significant attention of boxing fans. Additionally, it makes for great photos that have helped push more impressions and traction on social media.