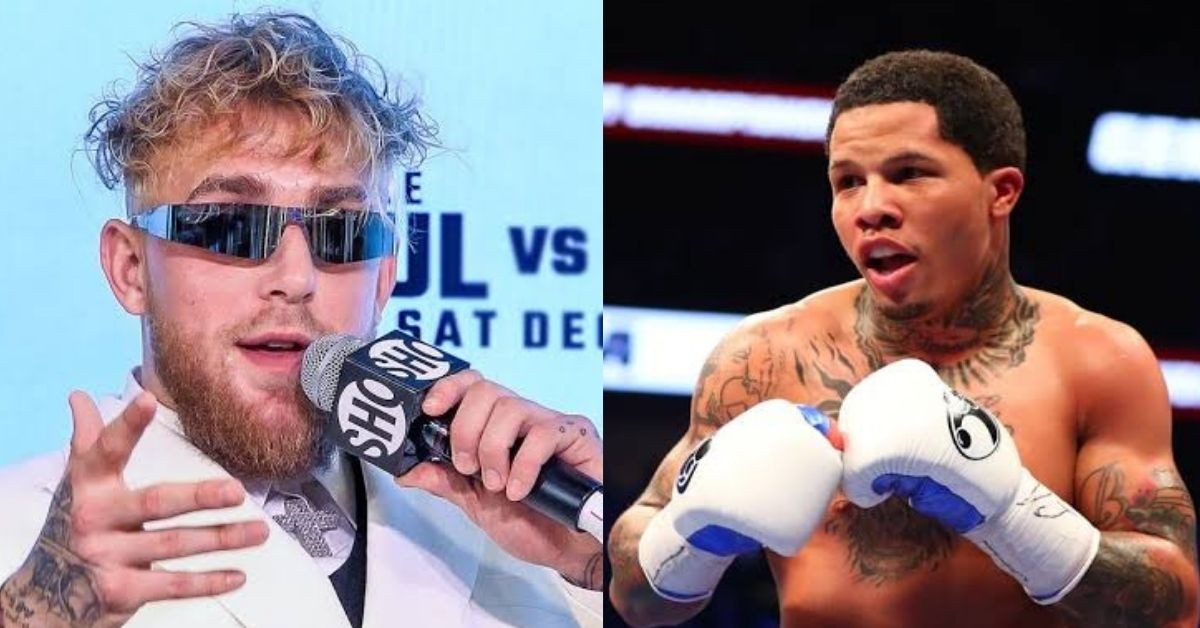 Gervonta Davis will return inside the boxing ring this weekend to take on Rolando Romero on May 28th at the Barclays Center in New York for the lightweight title. Ahead of this highly heated rivalry matchup, YouTuber turned pro boxer Jake Paul has offered his predictions on Twitter.

Next weekend I got

Interestingly, he posted a tweet where he backed Romero to defeat Tank via unanimous decision. Soon after Jake shared his thoughts about how the upcoming fight between Davis and Romero was going to play out, Tank noticed it and replied to the tweet by asking Paul to bet $2 million on his prediction.

The Problem Child quickly responded to this offer and trashed Davis. Thereafter Gervonta Davis quickly deleted his response which came as surprise to many fight fans. 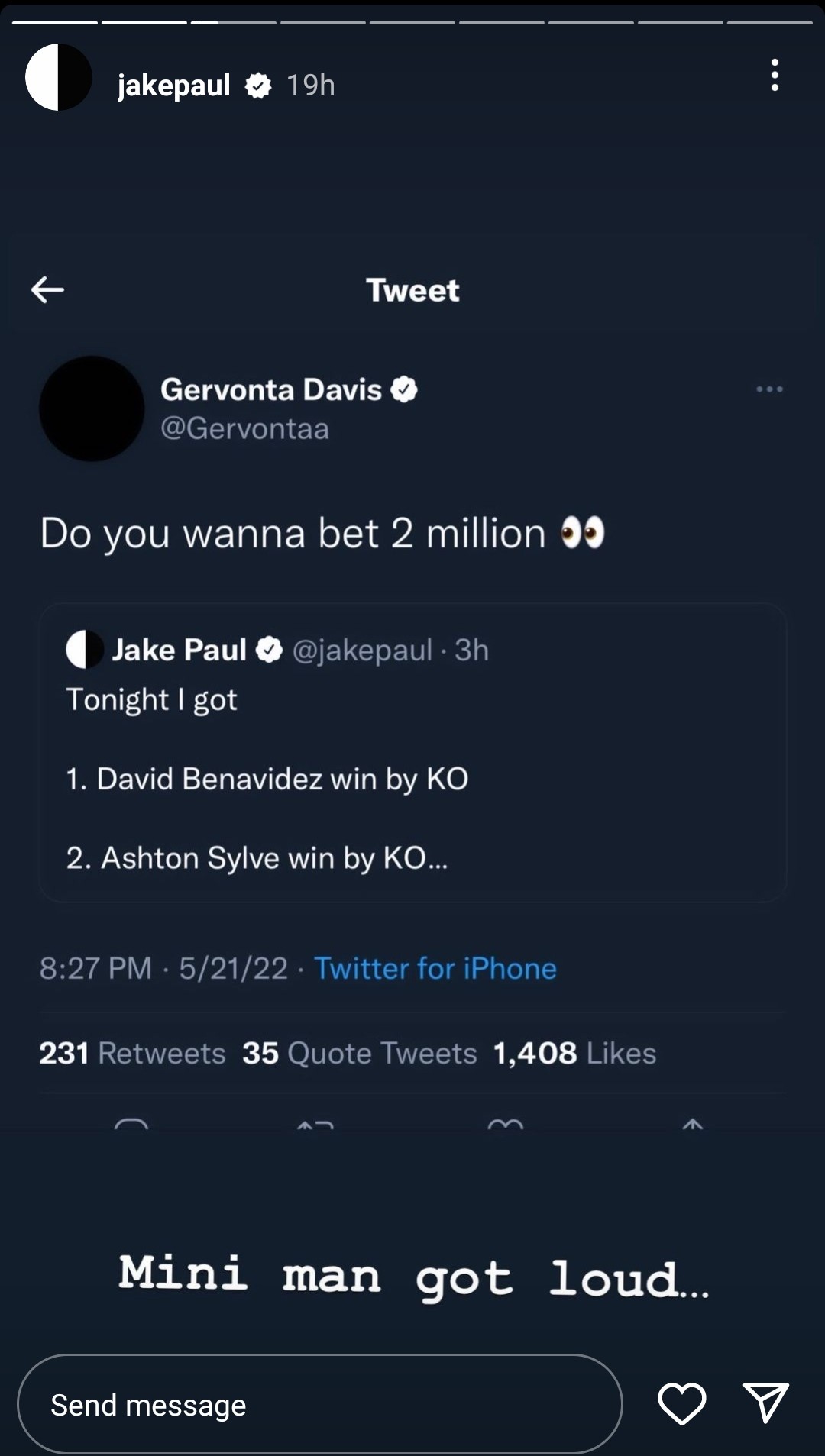 A few hours later Jake Paul went on Instagram and posted a series of screenshots on his stories where he trolled Gervonta Davis and called him a little man. He even posted a video in which he slammed Tank for deleting his $2 million bet tweet.

So far Gervonta Davis has not responded to Jake Paul’s comments. But one can speculate that he deleted the tweet regarding the bet because it could cause some issues with the commission ahead of his bout against Rolando Romero.

The rivalry between Jake Paul and Gervonta Davis

Jake Paul has never missed an opportunity to take a dig at Gervonta Davis. The same could be said about Tank as he has been extremely critical about The Problem Child. Hence this was not the first time that the two big superstars exchanged words with each other on social media. 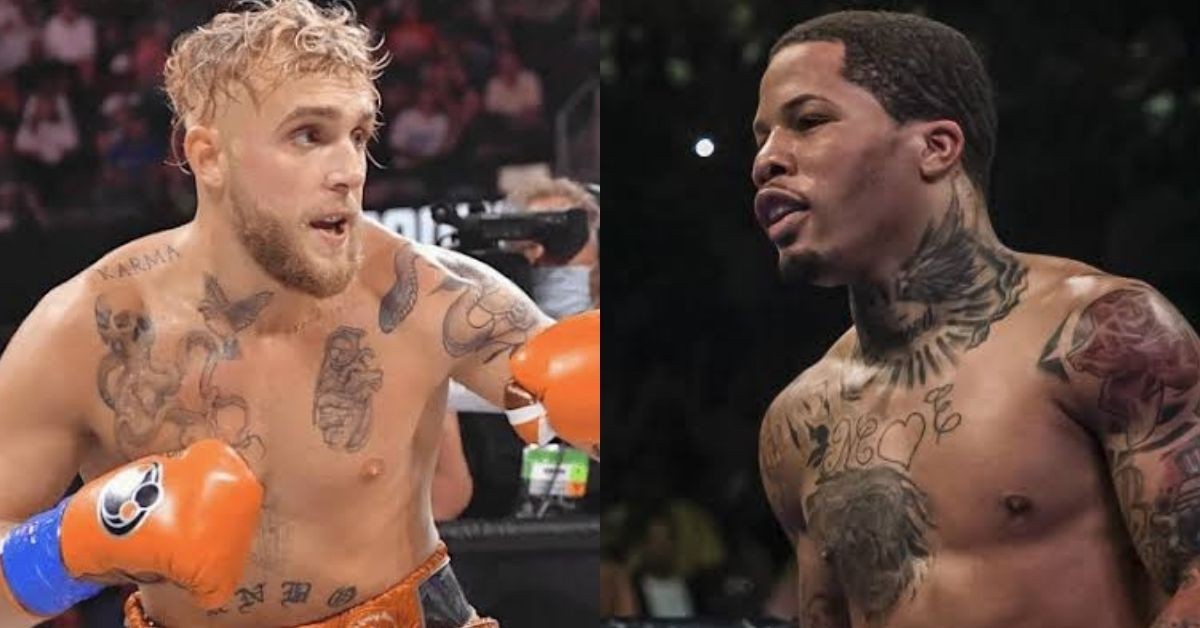 The 25-year-old YouTuber turned pro boxer has Gervonta Davis’ name on his hit list of opponents that he wishes to fight in the future. The lightweight champion has also expressed his interest to face Paul inside the ring. However, due to the massive weight difference between the two boxers, the likelihood of the bout taking place is very low.

Because Jake competes in the 190-pound division. Meanwhile, Gervonta usually fights in the 135-pound division. But one cannot completely rule out this matchup as they could end up agreeing to fight on neutral terms in an exhibition bout.

Subsequently, if this matchup somehow takes place in the future then fans are in for a treat as these two boxers are highly entertaining.