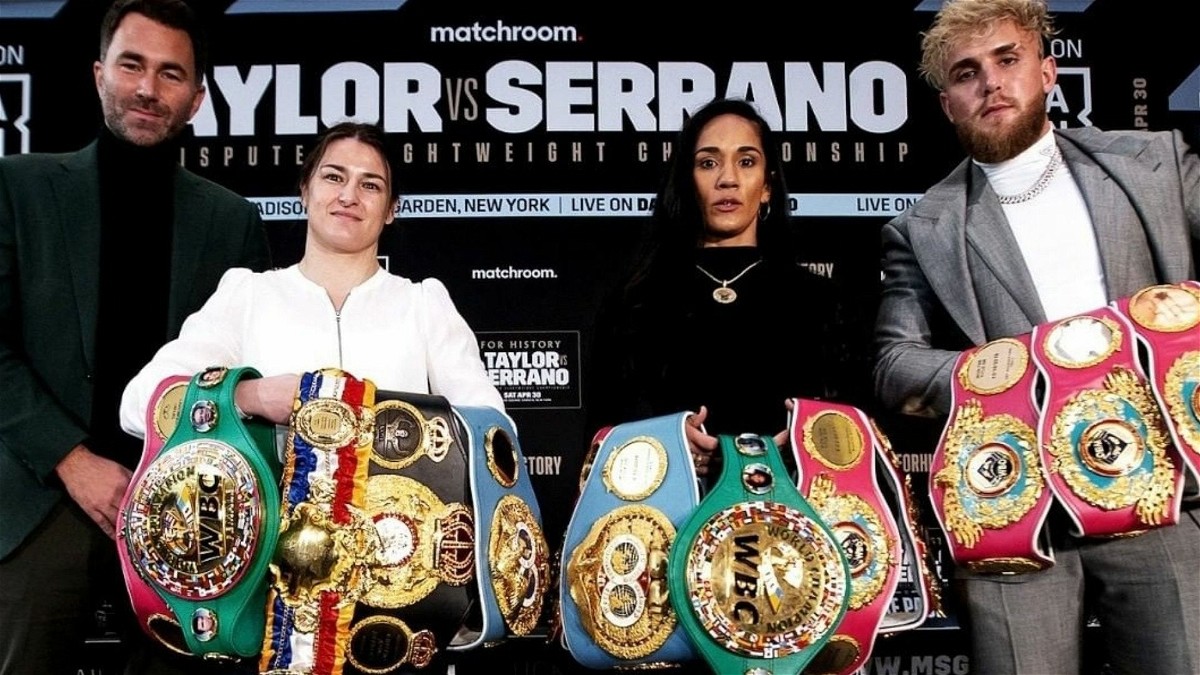 It would be fair to say that Jake Paul has brought in a lot of audience to the sport of boxing since his professional debut in 2020. More importantly, the 24-year-old YouTuber turned pro boxer has helped women boxing grow and has done a great job in increasing their pay.

Amanda Serrano is a tremendous example as Jake has helped her earn millions for her last two fights now. Consequently, Serrano will take on Katie Taylor in a highly anticipated undisputed title fight in April. Interestingly, Amanda Serrano who is managed by the Most Valuable Promotions will be promoted by Jake for this title bout.

It looks like The Problem Child has decided to take a break from knocking out opponents inside the boxing ring and try his hand in the promotion segment. Jake has joined hands with Matchroom boxing and Eddie Hearn to promote this fight. The 24-year-old boxer went on Twitter and Instagram and shared a picture with Amanda.

Jake posted a series of photos at the mecca of basketball and also clicked a few pictures with Eddie Hearn. The Problem Child has started promoting this bout in a full-fledged manner and is very serious about this bout.

Along with Eddie Hearn, Jake Paul sat down in the press conference to promote WBC and WBO featherweight champion Amanda Serrano for her upcoming undisputed title fight against Katie Taylor. 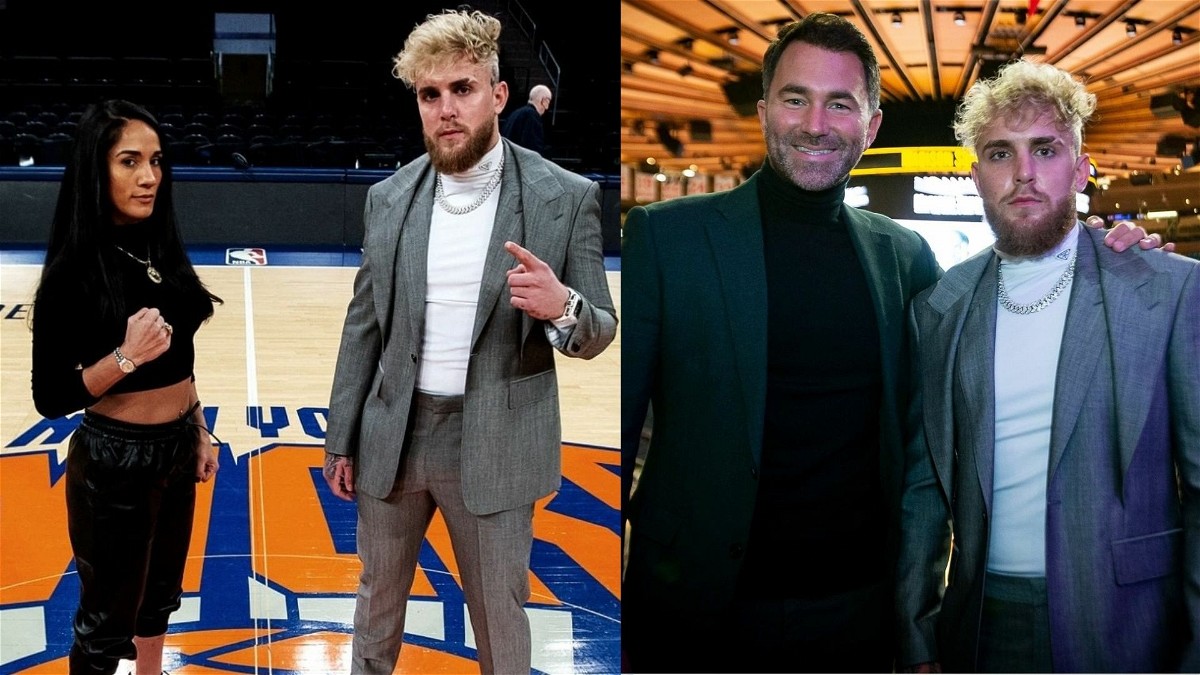 Consequently, while speaking in the press conference, Jake expressed his enthusiasm and revealed that he will promote several other fights and is excited to promote Serrano. “One hundred percent. I’m passionate about boxing all the way around.”

“For me when I met Amanda Serrano and I  heard her stories about how hard she has worked. I see how hard she is training. She is getting paid pennies on the dollar. Being taken advantage of by the people in her career. She needed help, she needed guidance and she needed to be put on the pedestal and she is a superstar.”

“She put the work in the gym and I’m excited to be ‘Promoter Paul’ and we might be sitting next to each other a few more times in the future.”  So far Jake has been very serious about promoting women’s boxing. Therefore one can expect The Problem Child to be heavily involved with Amanda Serrano in the future. 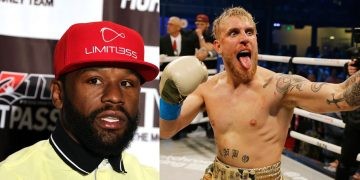