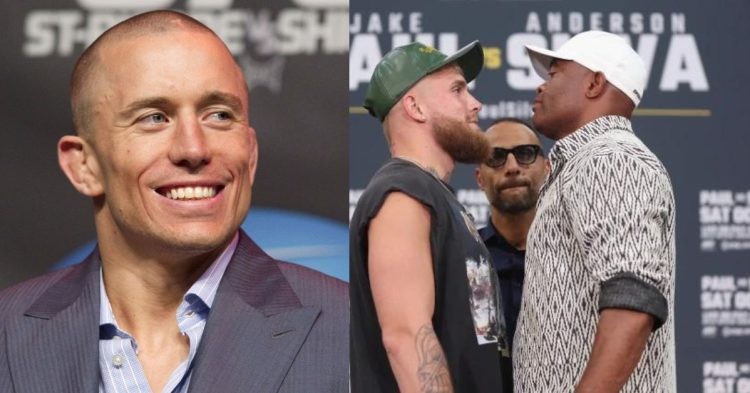 Famous YouTuber-turned-boxer Jake Paul will face the UFC legend Anderson Silva in his next boxing outing this Saturday, 29th October. This fight will answer a lot of questions as beating Silva will be a milestone in Paul’s professional boxing career.

‘The Spider’ is considered to be one of the greatest fighters of all time. Silva has been very entertaining inside the octagon and the boxing ring. However, he is past his prime now and at 47 years old, he will need to be careful against a very young fighter in Paul.

Silva is the only former MMA champion who has been successful so far in professional boxing. Fight fans had high hopes for Tyron Woodley and Ben Askren. However, both were knocked out by Paul. Looking at Paul’s recent improvements, it is safe to assume that Paul has stepped up to a higher level.

Over the years, fight fans saw UFC legends transitioning into boxing. However, few people have been successful at it including Silva. Recently, Showtime confirmed that the UFC G.O.A.T. Georges St-Pierre will be appearing in this bout as a commentator.

Most Valuable Promotions posted on Twitter with captions: “We are honored to announce UFC legend GSP @GeorgesStPierre will be the official co-host of #PaulSilva”

We are honored to announce UFC legend GSP @GeorgesStPierre will be the official co-host of #PaulSilva pic.twitter.com/cnOeKFK6cd

To hype up this bout, boxing promoters have added GSP to their list of stars. This shows how much star power St-Pierre brings along with him.

Jake Paul will lock horns with Anderson Silva in the biggest fight of his career. While Paul will fight the UFC legend Silva, he is very excited to hear that another UFC legend, Georges St-Pierre will be there in his fight as a co-host.

Since retiring GSP has ventured into Hollywood. Most notably, he starred in Marvel’s Captain America: The Winter Soldier as Batroc. St-Pierre has teased the idea of debuting in boxing against Oscar De La Hoya. GSP likes to train regularly and is in wonderful shape.

For a long time, fight fans have been wishing for GSP to make a comeback but it seems the former champion is busy making films and other endeavors. However, looking at St-Pierre’s physique and training clips, it is safe to assume that he can make a comeback in combat sports.

Welcome to the show legend @GeorgesStPierre – appreciate you for co-hosting. https://t.co/ZTDDnPc2aa

Following the announcement, Paul took to Twitter and showed his appreciation for GSP co-hosting his fight. He wrote: “Welcome to the show legend @GeorgesStPierre – appreciate you for co-hosting.”

Paul and fight fans will be very pleased to see the UFC G.O.A.T. make an appearance in the upcoming boxing bout as a commentator. Paul vs. Silva will play out on 29th Oct on Showtime PPV.