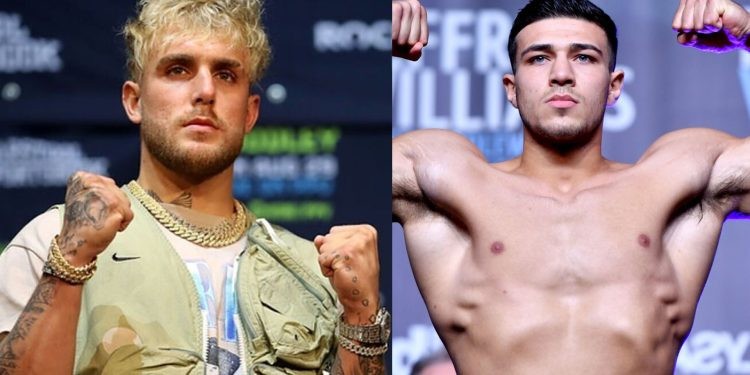 The highly anticipated grudge match between Tommy Fury and Jake Paul is set to happen after both parties have finally come to terms. Fury and Paul have had quite the rivalry for a while now and were supposed to fight initially in December 2021. However, ‘TNT’ was forced to pull out of the fight for medical reasons.

Fast forward to nearly a month ago, Jake Paul announced that he will return to the boxing ring on August 6th at the Madison Square Garden. However, the opponent who’d take on Paul in his sixth boxing fight was yet to be announced. It was speculated that ‘The Problem Child’ was looking to book the Tommy Fury fight again and it looks like the rumors were right.

Jake Paul recently took to Twitter to reveal that his team had agreed to every demand made by Tommy Fury’s team but to no avail. Shortly after Paul’s comments, ‘TNT’ replied by posting a video and suggested that the contracts were finally signed and the delay was only because of the 25-year-old who took time to agree to drug testing before the fight. He said:

“Just to let you all know, the fight on August 6th is going ahead. The contract has been signed after weeks and weeks of waiting for Jake Paul to sign up to the drug testing.”

There has been a lot of interest surrounding a potential fight between Jake Paul and Mike Tyson. While it looked to be impossible at some point, the fight might just come to fruition later this year.

Mike Tyson recently appeared on a late-night talk show hosted by Jimmy Kimme; where he was asked about the possibility of a fight against Paul. Interestingly, Tyson suggested that the 25-year-old was a credible opponent and the fight has to happen this year itself.

Thank you to the great Mike Tyson for the respect and opportunity. This year we are making it happen. pic.twitter.com/dlGQUf2EP0

While it remains to be seen whether these to agree to fight each other, one thing is for certain, the fight between these two will be a spectacle to watch.

Nick Kyrgios Withdraws From Mallorca After Suffering From an Abdominal Injury