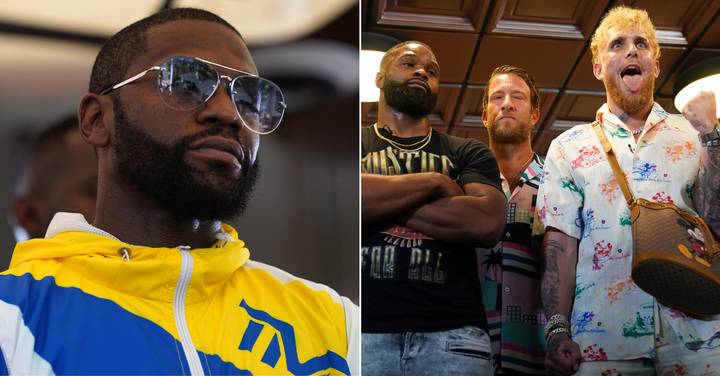 Jake Paul will square off against former UFC welterweight champion Tyron Woodley in a professional boxing match on 29th August in Cleveland, Ohio. As a result, boxing fans are highly excited to watch this main event fight on Showtime. Besides this mega showdown, fans will be also keen to watch the fights of Daniel Dubois, Amanda Serrano, and Tommy Fury.

Therefore this event is expected to be a huge success in terms of ticket sales, pay-per-view buys, etc. Consequently, Espn reporter Marc Raimondi revealed the estimated amount of pre-buys of this pay per view. “The Jake Paul vs. Tyron Woodley fight is at the same pre-buy level right now that the Floyd Mayweather vs. Logan Paul PPV pre-buy was at this point during fight week, Most Valuable Promotions sources say.” #PaulWoodley</e

The Jake Paul vs. Tyron Woodley fight is at the same pre-buy level right now that the Floyd Mayweather vs. Logan Paul PPV pre-buy was at this point during fight week, Most Valuable Promotions sources say. #PaulWoodley

Following this tweet, The Problem Child also flaunted the success of the pre-buys of his pay-per-view in the opening statement of the pre-fight press conference. “When we partnered with Showtime we knew that this is gonna be a massive event. You know they are the best in the business and that’s why the most valuable promotions and myself made the decision to go with Showtime. Seems like it is going well. Pre buys on track like the Floyd Mayweather and Logan Paul event.

Soon after Marc Raimondi reported the news of the pre-buys of the pay-per-view of “the Jake Paul vs Tyron Woodley event, the Disney star retweeted on Twitter. Moreover, Jake also flaunted his pay-per-view success by sending a DM to Floyd Mayweather. He mentioned this story while talking about the success of the event in the press conference.

“Texted Floyd last night and said gotcha pre-buys.” After this achievement, it is needless to say that Jake Paul has certainly established himself as one of the biggest prizefighters in the sport. Therefore if he continues his dominance in his next fight by delivering a spectacular knockout against Tyron Woodley, then he could go on and face bigger names and achieve more success in terms of pay-per-view buys and ticket sales.
Related Topics:Floyd MayweatherJake PaulTyron Woodley