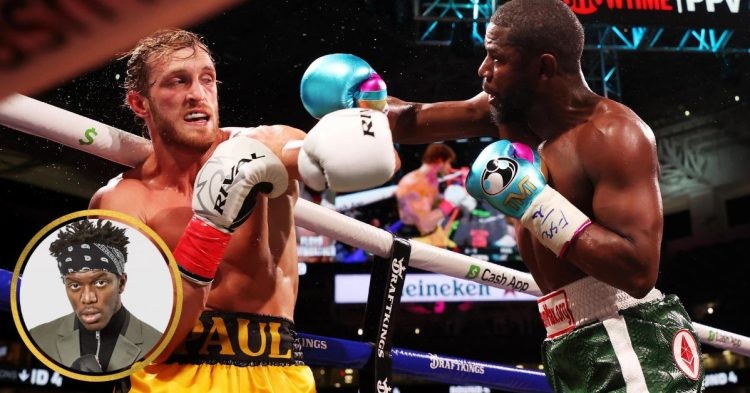 Recently, Floyd Mayweather sent fight fans and boxing fans alike into a frenzy after reports emerged that the former multi-division Champion could take you Youtuber and now-a professional boxer in his own right, Logan Paul. While the sources were not confirmed, various reports suggested that Youtube sensation Logan Paul could welcome Floyd Mayweather back into the ring after his hugely successful boxing bout against KSI this past year.

From The Fighting News, Mike Feinberg claimed: “I’ve got some breaking news for you. Floyd Mayweather Jr. is coming out of retirement and has just officially signed a contract to fight in an exhibition match against Logan Paul—YouTube sensation Logan Paul.

However, nothing official has been announced yet. Last year, Mayweather Promotions and Dana White teased exciting new projects. However, due to the pandemic, most of the projects were shelved, with Conor McGregor announcing his untimely retirement from the sport.

According to talksports.com, KSI reacted to the reports of Logan Paul taking on Floyd Mayweather inside the boxing ring and stated that he beat Logan Paul and took a subtle dig at Mayweather.

KSI took on Paul last year, where the Youtube sensation lost his first professional bout. However, the PPV had garnered close to a million buys. It is an exciting match-up and one that is sure to bring the audience.

“He’s going to be fighting one of the best in Floyd Mayweather. It’s going to be a joke of a fight, but it’s signed. It’s official. I heard it from a reputable source today and even saw the signed picture of the signed contract where Floyd signed on the dotted line for this exhibition match.:”

NBA Playoffs: Jamal Murray Gets Clutch to Save Denver Nuggets from 2-0 deficit against LA Lakers