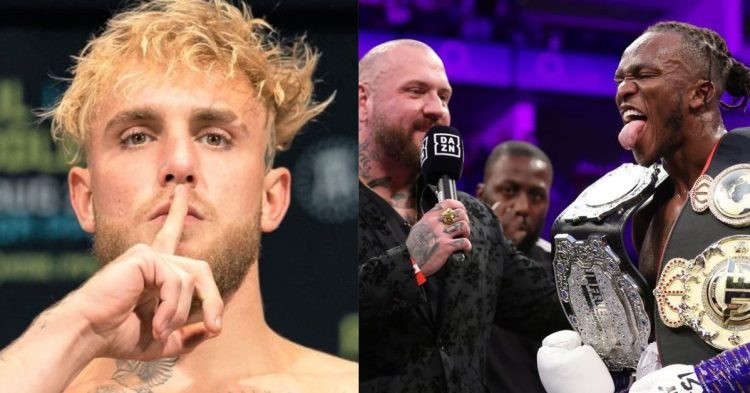 KSI put on a great show in front of a packed O2 Arena as he squared off against two opponents Swarmz and pro boxer Luis Pineda on the same night. The Nightmare made both his opponents look light work in his return inside the ring after knocking out Swarmz in the second round and stopping Pineda in the third round of the main event.

Following his brilliant win, Jeje expressed his desire to get inside the ring against several fighters and big names like Tommy Fury and Andrew Tate in the post-fight interview with True Geordie.

Smart man KSI is not calling me out. He knows the truth.

Interestingly, KSI didn’t call out his long-time rival Jake Paul in the post-fight interview and soon later The Problem Child went on Twitter and alleged that Jeje is scared to fight him.

KSI accomplished a historic feat after fighting two people on the same night and what’s more impressive is the fact that one of those two fighters was a professional boxer. However, after The Nightmare won both his fights everyone was expecting KSI to call out Jake Paul.

However, Jeje called out every other top YouTube boxer other than The Problem Child and consequently, in one of the interviews, KSI was asked the reason behind not calling out Jake Paul. To which The Nightmare responded by saying that there are a lot of matchups for him and also revealed that he needs a couple of more tune-up fights before clashing against Jake.

He said that defeating Jake Paul is his main goal and also indicated that he will get back into action in January 2023. After a stunning display of skill by KSI, it would be interesting to see who he faces next as several fighters are waiting in line for the British YouTuber turned pro boxer.

Do let us know your thoughts on KSI’s performance against the two boxers in the comments section.