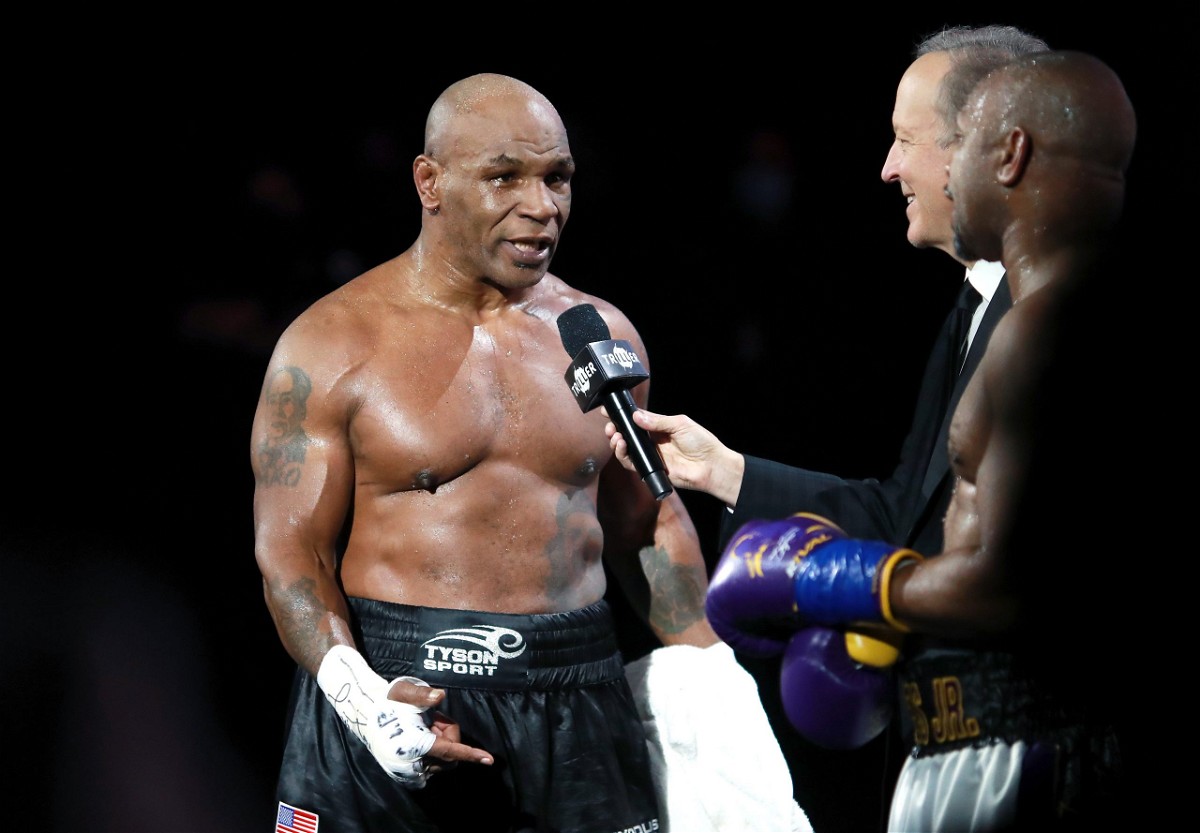 Not so long ago Mike Tyson made his boxing return against Roy Jones Jr in the main event of a Triller PPV. It was an exhibition bout and there was no winner at the end of the fight.

But, the majority of the fans believe Mike Tyson won the fight comfortably. Though Tyson did not look as good as he once used to be he looked impressive for someone at age 55.

And it seems Mike Tyson does not want to stop with one fight. The former boxing champion has expressed his desire to compete once again inside the boxing ring. And this time he is aiming for a rematch with heavyweight legend, Lennox Lewis.

Not so long ago, Mike Tyson vs Evander Holyfield was in the works. However, the fight could not come to fruition and Holyfield fought Vitor Belfort in the main event of the last Triller PPV.

Evander Holyfield suffered a devastating knock-out loss against Vitor Belfort in the first round. And that is the reason why Mike Tyson is not interested in fighting Holyfield anymore. As per Maclife, Tyson states:

Should Mike Tyson be allowed to fight again after the Evander Holyfield disaster?

Recently we saw, Evander Holyfield compete at an age of 58 and paying a heavy price for the same. He was taking on Vitor Belfort who is 44 years old and it is believed that he was on steroids.

Belfort knocked out Holyfield in a vicious fashion, which made the combat sports community question the idea of letting the legends of yesterday compete again.

Now it must be considered that Mike Tyson is going to box Lennox Lewis, who is 56 years old at the moment. And it can be said that he is not in as great shape as Mike Tyson.