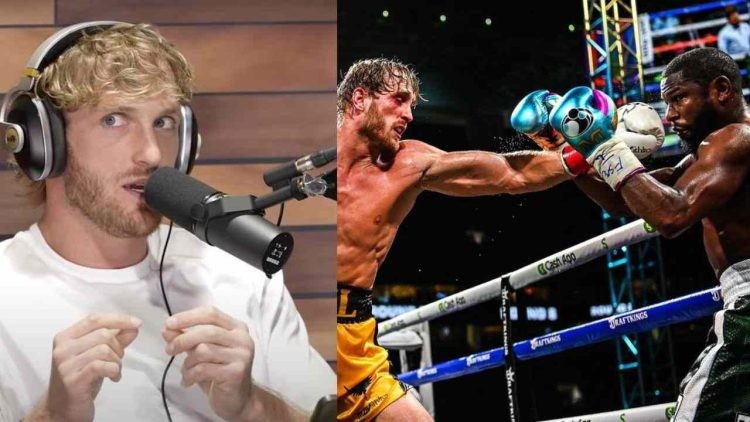 Logan Paul speak about his return to the boxing ring.

Logan Paul has been a mainstay in the fight game for a few years now. Initially starting with YouTube boxing alongside KSI, Logan has since taken things to the next level. Most notably, Paul took on boxing legend Floyd Mayweather ( and didn’t lose) and made numerous appearances on WWE.

However, The Maverick’s appearances on the main stage are few and far in between. Recently, Paul was also present at his friend KSI’s boxing event in London. As such, the YouTuber and now WWE star feels it is time that he makes his return to the boxing ring.


Speaking on ‘Impaulsive’, Logan talks about his plans to fight again. “I wanna fight again. I gotta get a win, I’m 0-1.” Here, Logan is referring to his loss against his now friend, KSI. Interestingly, Paul’s podcast guest Roman Atwood made the suggestion of fighting A-list celebrities to keep his name at the top.

Further, Logan also reveals his motivation behind wanting to fight again. “I have too much momentum right now and truthfully, surviving eight rounds with Floyd Mayweather does something to your mental.” Previously, Logan took on Floyd Mayweather in an exhibition bout on June 6, 2021, at the Hard Rock Stadium in Miami Gardens, Florida.

Although there was no decisive winner, the YouTuber simply surviving the fight was a small victory in itself. However, there was still criticism regarding Logan’s boxing record. It was also something brought up in the podcast and Logan was also made fun of for it. Hence, he feels that he needs to make a change.

Who Will Logan Paul Fight Next?

With the success of KSI’s boxing show, best friend Logan has shown his interest in fighting alongside him on a future card. Whilst KSI wishes to fight Andrew Tate or Tommy Fury next, Logan is most likely to box MMA fighter, Dillon Danis. Moreover, Danis has also revealed that a fight has potentially already been agreed upon.

For Logan, Danis is a logical opponent as it’s not going to be a very easy fight. Interestingly, Danis is an MMA fighter, who has worked closely with Conor McGregor. Notably, Dillon has fought in Bellator MMA and is notorious for his social media presence.

As mentioned before, there have been rumors of a ‘Prime Squad card’ early next year. Allegedly KSI and Logan will both be fighting on that card under the DAZN x Misfits boxing banner. Thus, it is only a matter of time before we see The Maverick, back in the ring and in action, once again.