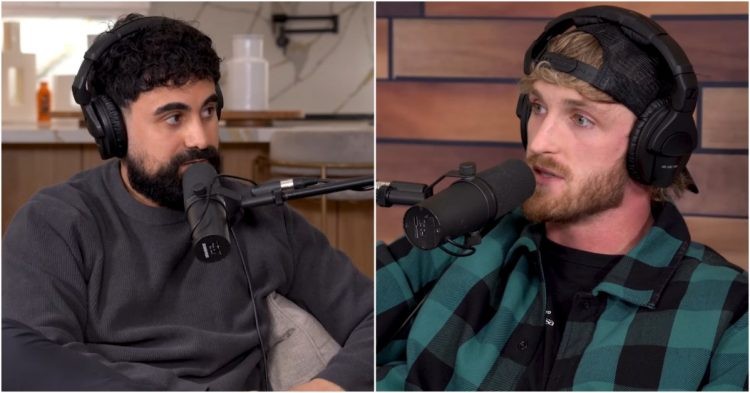 The latest episode of the “IMPAULSIVE” podcast by Logan Paul was a much-awaited one. Not only did Logan address the Coffeezilla CryptoZoo scam allegations, but also apologized to George Janko.

Fortunately, the WWE star has realized that he was in the wrong in the latest episode of Impaulsive. “If you didn’t know, you probably do, I made some pretty out-of-line comments to George about George’s beliefs and I’m not gonna say what I said, I’m not even going there again, because I’ll tell you why.”

Logan continues, “The following three weeks have been the hardest period of my f**king life. Buddy, God kicked me in the d**k as hard as he f**king could. As soon as it started happening, I went, ‘No way!'”

As a result of his comments, Logan also received heaps of backlash on social media. The netizens were quick to give their verdict on the matter with many claiming they ‘lost respect’ for the YouTuber. In his apology, Paul admitted that he’s been “put in his place.”

According to Logan, he “defamed Jesus and God” and as a result, felt “his wrath”.  Then, Logan revealed everything that he has been up to. As Logan recalled, he got food and alcohol poisoning, had his $20,000 camera taken away at the airport in Qatar, the Coffeezilla exposé, and also had a fight with best friend and co-host Mike Majlak in Denmark.

What did Logan Paul say about Christianity?

Previously, Logan received an enormous amount of backlash when he disrespected his co-host George Janko’s belief in Christianity, which sparked a heated debate on religion. As such, Paul was quoted saying “Jesus Christ f**ks.”

Logan Paul lost my respect man. Don't you ever disrespect another man's religion. I'm proud that George kept a level head during this conversation.

Disgusting behavior from Logan and he needs to learn from this. pic.twitter.com/4YzHucB6QP

In another episode, Logan further adds, “I just am definitely questioning why we have to perpetuate a belief that is f**king silly. I think it’s a silly practice to engage in and I think it deserves satire.” Despite, the outrageous remarks, co-host George Janko was able to remain-level headed during the conversations.

George simply replied, “Genuinely, I know people that hate me that treat me better about my faith than you and you’re my best friend…So one that really hurt me is when you told me that I need to go to the therapist because I believe in Jesus.”

George Janko and Logan have had their troubles in the past. However, it appears that the two have now put their differences aside. The intense debate did not have an adverse effect on their friendship and the pair maintained their working relationship as well!

Logan’s take on the CryptoZoo scam

The YouTuber has also been at the center of a storm due to the CryptoZoo nonfungible token (NFT) project. As such, he once again addressed fellow YouTuber Stephen Findeisen, better known as Coffeezilla, and his three-part video series on CryptoZoo.

Logan reveals that he actually tried to get Coffeezilla on the podcast and even showed the text messages between them. Speaking about the alleged scam, Logan says, “(We) made no money off CryptoZoo. Never sold a token, Jeff never sold a token. Only lost money, trying to make things right, along with everyone else in the project.”

Long story short, Paul clarifies that CryptoZoo was an honest attempt at trying to create ‘the next big thing’. Further, he reveals that he was just as frustrated with the project flopping as most fans were. According to him, the fact that there were no profits or money made should have been enough to ‘kill the scam narrative.’

Here, Logan also points out the fact that Coffeezilla was indeed aware of the fact that he did not make any money, yet wrongfully branded the project as a scam. Logan also admits that he devoted almost 7 months to trying and making CryptoZoo a success and was deeply frustrated with its failure.

Most importantly, Logan believes that Coffeezilla’s work had holes and was largely manipulated to fit a narrative and make him look bad. Additionally, Paul reveals he was aware of a majority of the internal issues with the project but had to remain silent until Coffeezilla’s work forced him to say something.

With Logan going into such detail and explaining what went down behind the scenes, do you still think that he is an alleged scammer, or is Coffeezilla’s exposé deliberately making Logan look bad? Leave your thoughts in the comments below.