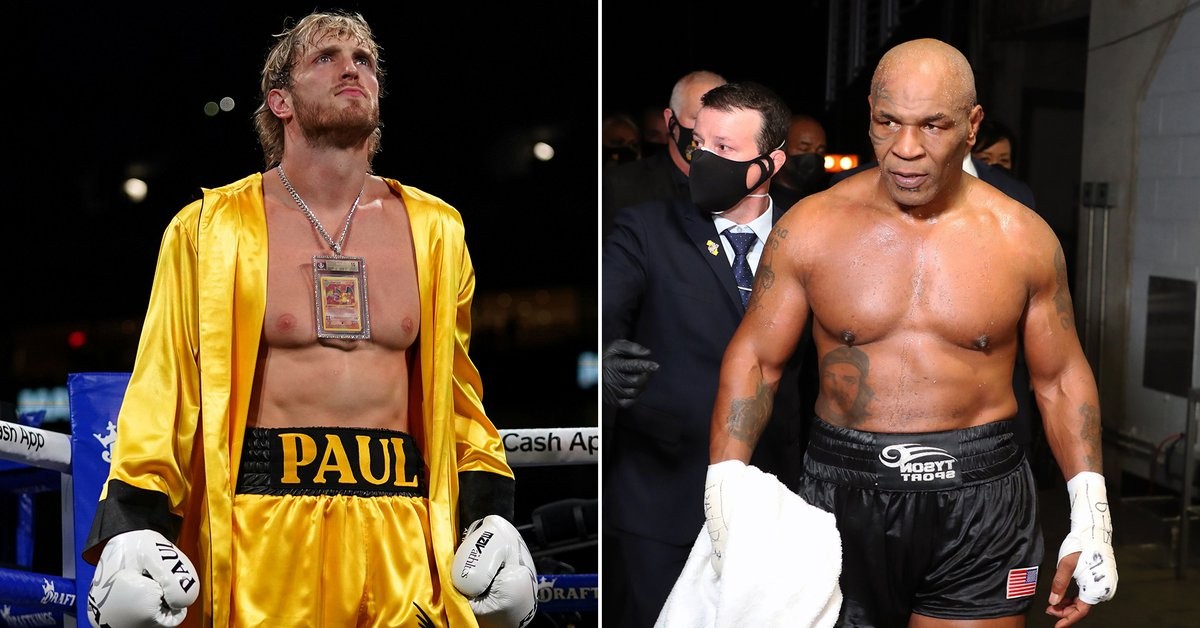 Retired boxing legend Mike Tyson will step inside the ring once again to face social media sensation, Logan Paul, in a boxing match in February 2022. However, the venue, exact date and rules of the fight are yet to be confirmed.

Keemstar was the first one to announce that this fight will take place at some point in February as he has confirmed with his direct sources. Subsequently, many fight fans could not believe that this bout will take place. Owing to the fact that the age difference between Logan and Mike is quite significant.

However, Iron Mike put up a good showing against Roy Jones Jr in his last fight in 2020. So one cannot rule out Mike’s chances in this matchup. Moving forward let us compare the height, reach, record and net worth of both the fighters.

Height and Weight Difference between Mike Tyson and Logan Paul

Logan Paul who is 26 years old will enter into this contest having a notable edge in terms of age over Mike Tyson. Owing to the fact that Iron Mike is 55 years old.

Moreover, the YouTube also has a significant height and reach advantage against Mike Tyson in this fight. The Maverick stands tall at 6 ft 2 in and has a reach of 76 inches. Logan weighed around 190-200 pounds for his previous fights. However, this fight will most likely be contested at the heavyweight weight class, so one can expect the Maverick to weigh a bit higher than his usual weight. 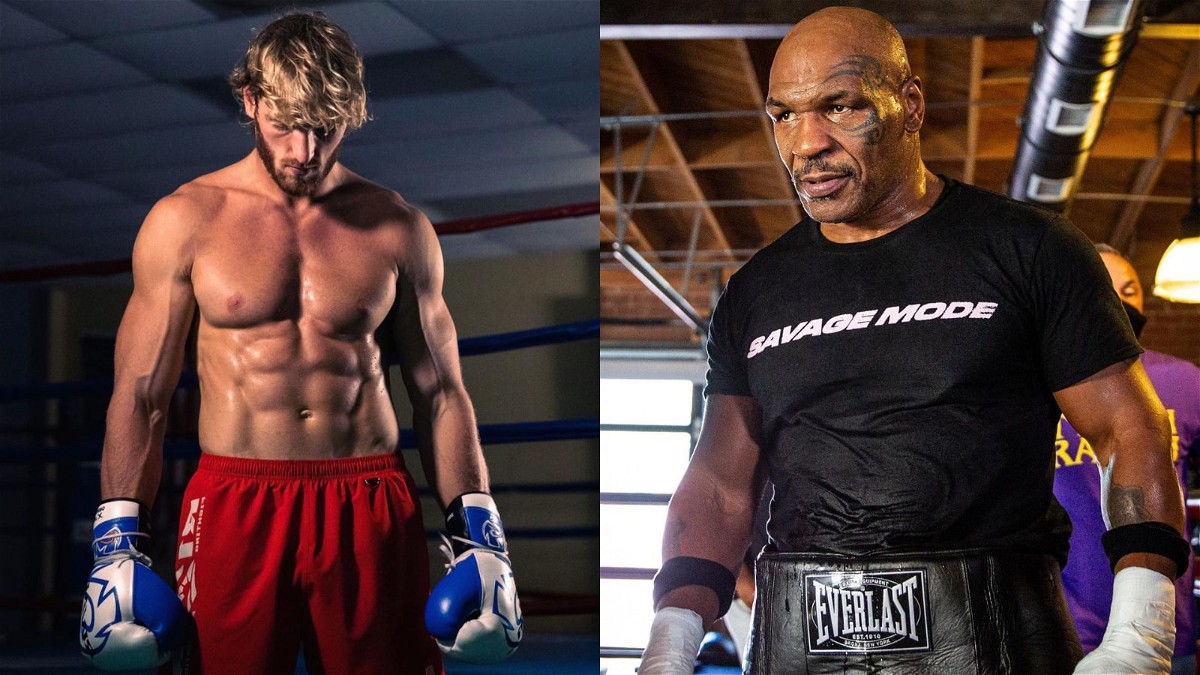 Mike Tyson has a outstanding record of 50 wins and 6 losses in his 20 year professional boxing career. In his 56 fight pro career, Tyson has won 44 of his fights via knockout. This above stat is good enough to display why he is called as the ‘Baddest Man on the Planet’.

Iron Mike is the youngest ever heavyweight champion as he won his first title at the age of 20. In addition to that, he was the first fighter to have held the WBA, WBC and IBF titles simultaneously. 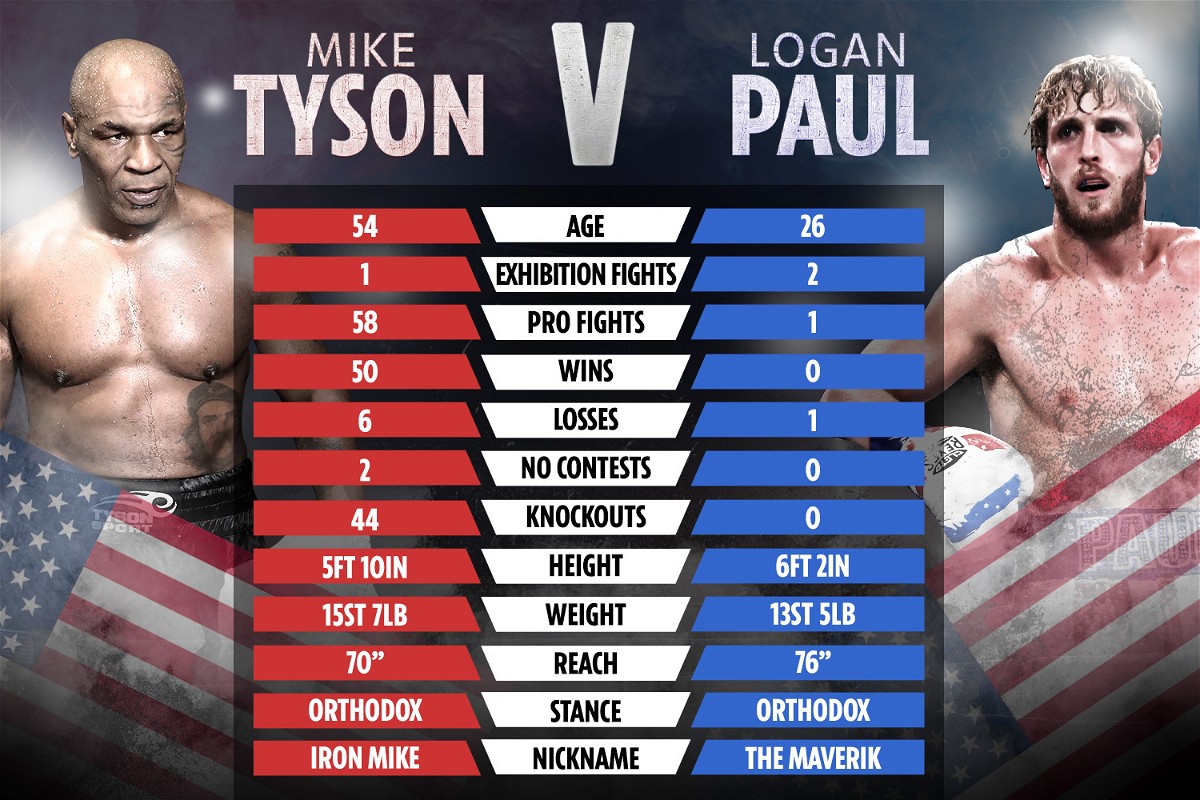 On the other hand, Logan Paul is yet to win a single fight in his career has a professional record of 0-1. The Maverick fought against Floyd Mayweather in an exhibition bout earlier this year which ended without any winner. Because both fighters failed to knock out their opponent. As a result, Logan would be coming into this fight for his first ever victory in boxing.

As of now the rules for this fight is not declared. But most likely this boxing contest between Mike Tyson and Logan Paul will be an exhibition bout.

Net Worth comparison of Mike Tyson and Logan Paul

According to a credible source Mike Tyson has an estimated net worth of $10 million. Some might be surprised after seeing such a low net worth considering Tyson is a former champion. But Iron Mike lost a big amount of his net worth due to the investments he has made in different sectors. 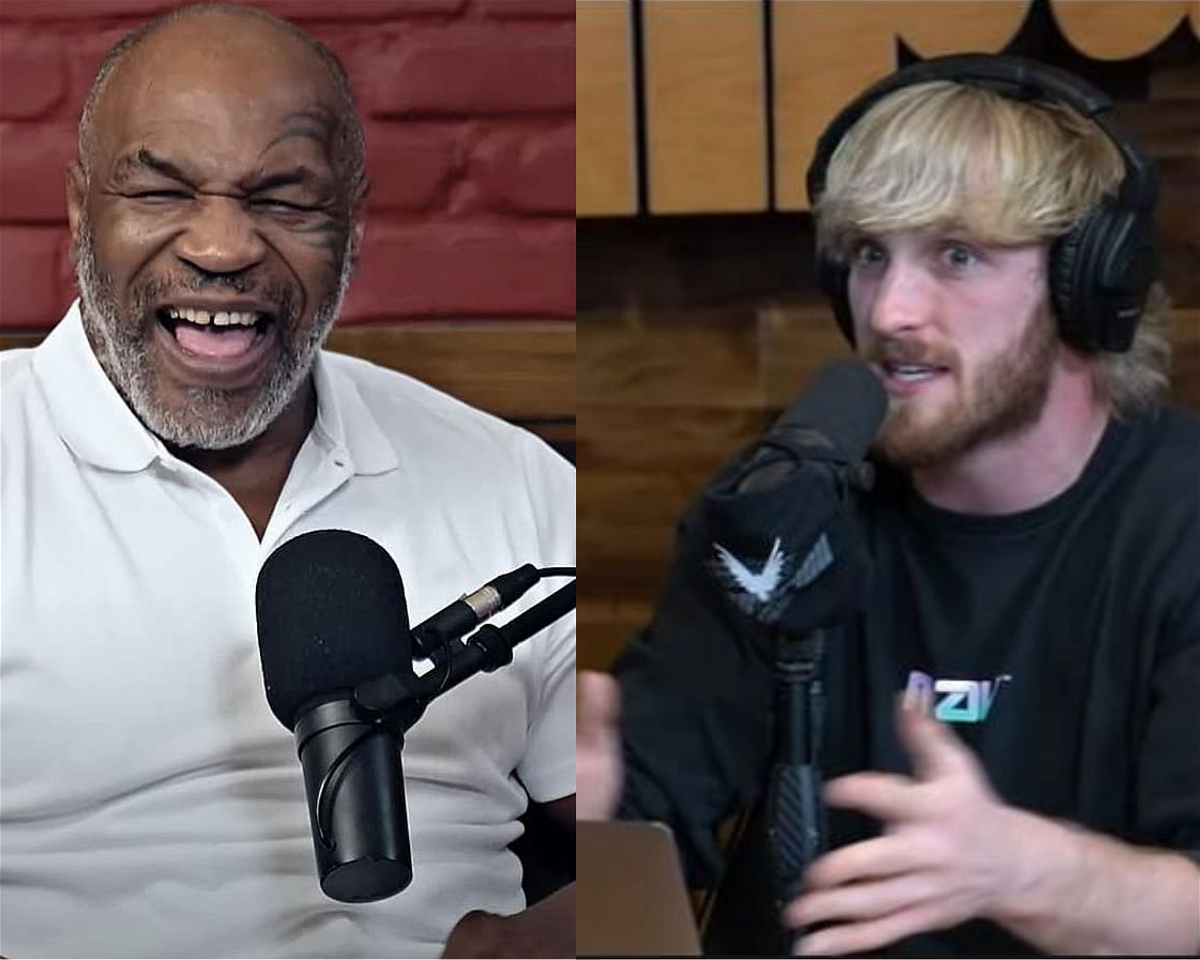 As per a report from Sportskeeda, Tyson had made around 700 million from his boxing career. But the former heavyweight champion’s had to use majority of his net worth in his training, living expenses and several other things. Currently the Kid Dynamite is earning from his business ventures and podcast called Hotboxin with Mike Tyson.

Meanwhile, according to celebrity net worth, Logan Paul has an approximate net worth of $35 million. The YouTuber has earned a major chunk of his wealth from his YouTube podcast called Impaulsive, Maverick merchandise and boxing fights.