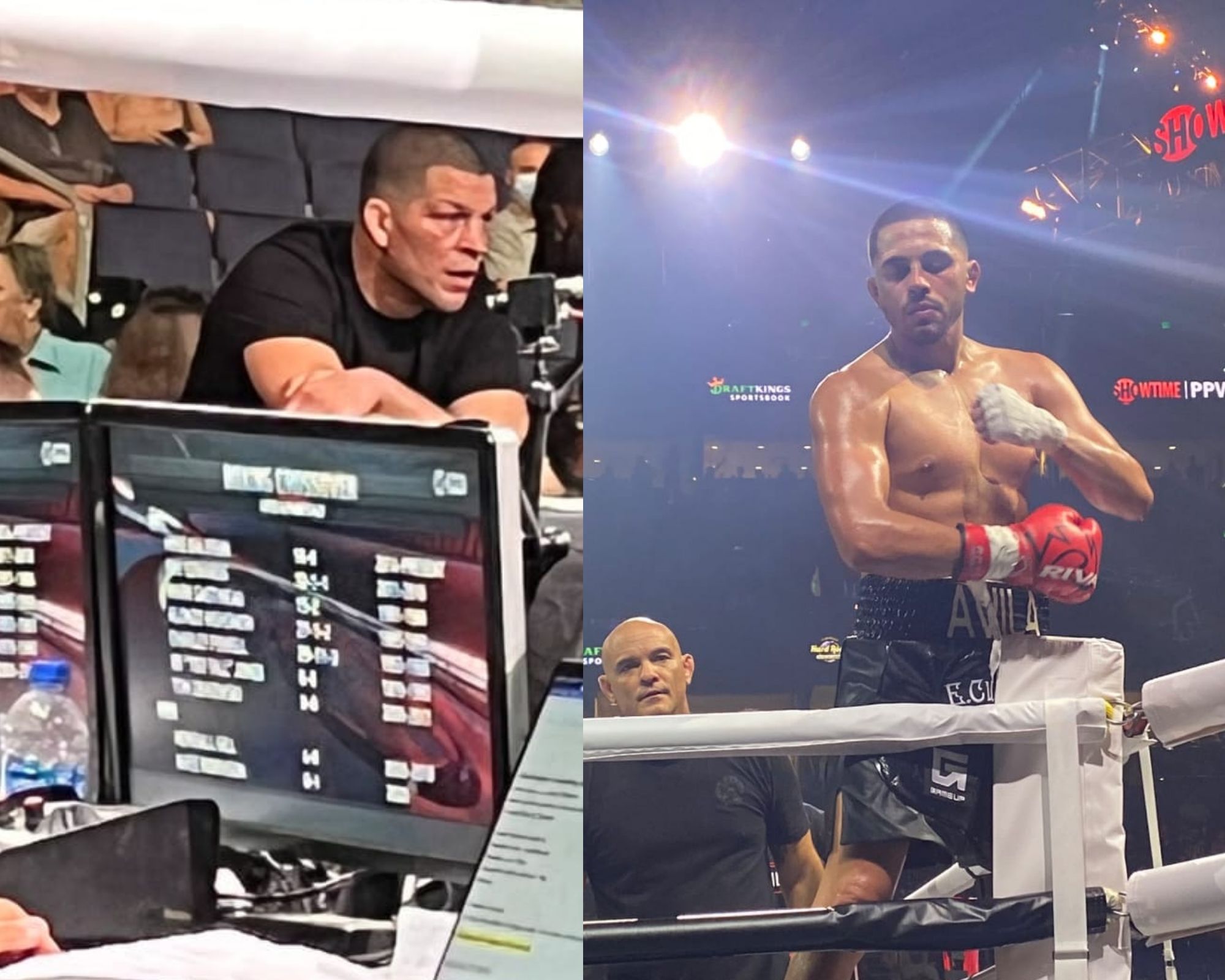 Chris Avila, a close friend of Nate Diaz has finally taken his revenge against Anthony Taylor. Both fighters met each other at the AMALIE Arena in Tampa, Florida on the undercard of Paul vs Woodley 2. Avila beat Taylor via a majority decision. Judges scored the fight in favor of Avila by 78-74,77-75,76-76.

Even though the fight was not televised, winning a rematch must have given Chris the required satisfaction. Before going to the fight Avila had a record of 0-1 in boxing as he fought his last fight seven years back. But, he was confident that he could box

“I’m comfortable with it. I’m a boxer; I was doing this before I went to MMA,” said Avila.

Avila comes from Stockton, California, and trains with famous UFC fighter Stockton Slugger Nate Diaz. Taylor has been a close friend of Diaz for a long time. Both the fighters train alongside Cesar Gracie’s fighting team.

On the other hand, Anthony trains with Jake Paul. So, the fight was certainly Team Diaz vs Team Paul

Nate Diaz says he likes Canelo and is ready to fight anyone:

Nate Diaz was there to support his longtime friend Chris Avila in his fight against Anthony Taylor. A video surfaced on the internet of Nate Diaz after Avila’s win. He was seen congratulating and shaking hands with a fellow audience after Avila’s victory.

Moreover, when he asked if he likes boxing and if he would take a match against Canelo he nodded a yes and said: “everybody, I like Canelo”

Diaz must be happy after his friend beat Anthony. Since, the last time Avila lost, Diaz lost his cool. According to Anthony, after he came back beating Avila to the backroom Nate threw a bottle at him and said “We are going to jump you and beat your ass“. Taylor claims that he even tried to punch him.