“No One Gives a F**k”- Jake Paul Closes Door on Potential Tommy Fury Fight, Willing to Fight Anderson Silva Next 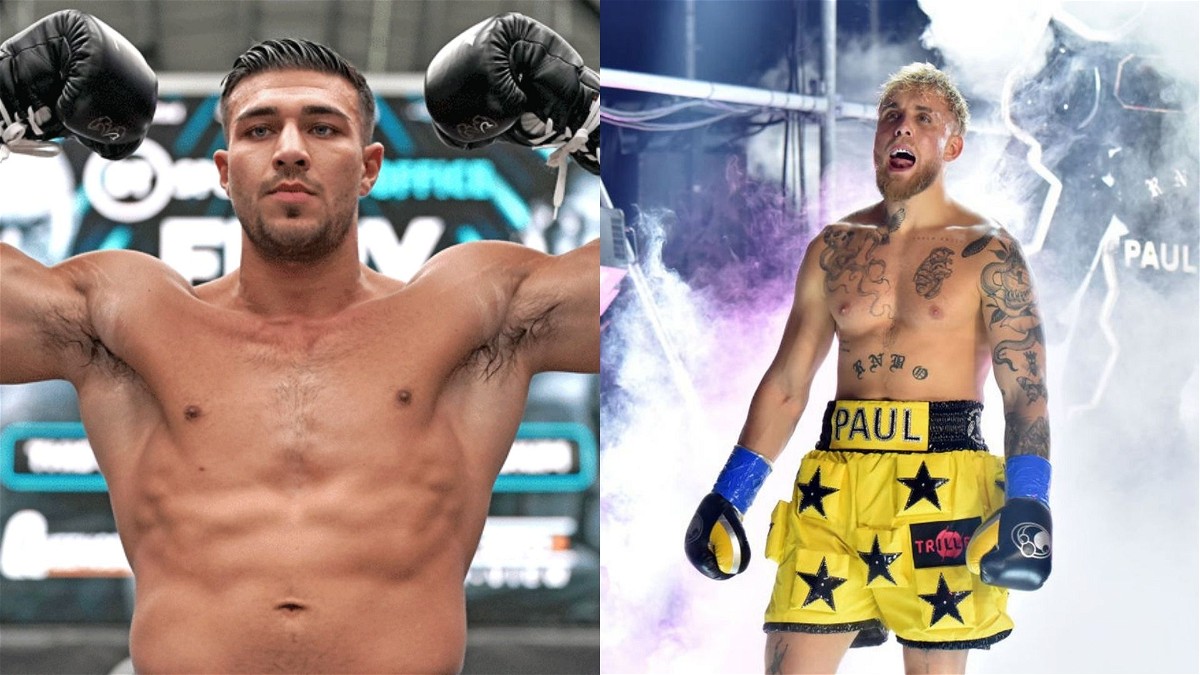 In one of the biggest boxing events of the year, Tommy Fury took on Daniel Bocianski in the undercard of Tyson Fury vs Dillian Whyte.

Light heavyweight boxer Daniel Bocianski had a record of 10 wins and 1 loss coming into the fight against Tommy Fury, who was still riding an unbeaten streak.

Well, Tommy Fury remains unbeaten after six rounds with Daniel Bocianski as he secured an easy win in front of his homecrowd.

Fury wasted no time after his deicison win and called out his long time rival, Jake Paul. Both Jake Paul and Tommy Fury have been calling each other out for a long time now.

Fury sent a message to The problem Child after his 8th pro boxing win and stated: “I’ll cut you and chop you to bits, just like I did there. That lad in there would kill Jake Paul on the spot. He’d slap Jake Paul. Jake Paul – I will end your career. You’re a bum and you’re no good. Let’s get this fight done.”

Jake Paul fought the former UFC welterweight champion, Tyron Woodley in his last fight. Following that fight, Jake Paul has some lucrative options beside a fight against Tommy Fury.

There are potential matchups with Michael Bisping and Anderson Silva on the table for Jake Paul. And it seems the Problem Child wants to explore other options after another decision win by Tommy Fury.

Jake Paul responded to Tommy Fury’s call out and stated: “Congrats on beating a 10-1 fighter. But that stadium was empty. When I fight the stadium is full. When Tommy fights no one gives a f***. And that’s in his home country. Let’s see how Anderson Silva’s event does.” Anderson Silva has had two huge victories inside the boxing ring including a win over former world champion, Julio Cesar Chavez Jr.

The former UFC middleweight champion is coming off a brutal KO win over Tito Ortiz.

Anderson Silva will take on Bruno Azeredo on May 14th on top of the Burj Al Arab hotel. A veteran in cage fighting, Bruno Azeredo will be making his boxing debut against Anderson Silva. if Silva secures another impressive finish in his next fight then a fight between him and Jake Paul will certainly be intriguing.

Anderson Silva has showcased impressive skills and KO power in his boxing fights so far. And he won’t be an easy task for the Problem Child.