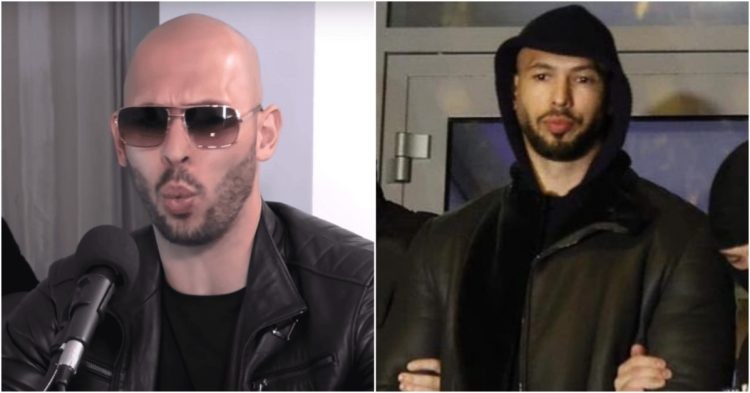 Is Andrew Tate about to be released soon? (Credit: Twitter)

Andrew Tate fans are in for some good news after a horrible start to 2023. Tate was detained on December 29th in Romania. Following that, news also followed that he would undergo a detention period of 30 days. Aside from apprehending the former kickboxer, Romanian authorities also raided his property and seized his cars. So it was not exactly a pleasant start for Andrew.

A Twitter user by the name of Islam, revealed earlier in the week that Tate’s appeal for release was denied by the respective Romanian court. Islam is the manager of the controversial online personality SNEAKO. He also claims to handle the branding for Andrew Tate. Hence, he appears to be a very credible source of information on Andrew’s ongoing investigation.

Have just received a message from inside Tate’s inner circle that Tate’s appeal was NOT rejected.

Nothing has been rejected yet – media is putting out fake news to make the situation look worse. Especially Romania.

Despite his earlier information that Andrew’s appeal was denied, Islam seemingly has some updated information on the matter. Apparently, an insider from Tate’s camp revealed to him that the initial report was not true after all! He added that Tate’s appeal was not rejected by the court and called the reports fake. If Islam’s claims are indeed true, it means Tate may get released very soon.

He wrote, “Have just received a message from inside Tate’s inner circle that Tate’s appeal was NOT rejected. Nothing has been rejected yet – media is putting out fake news to make the situation look worse. Especially Romania.”

Andrew Tate’s lawyer even confirmed that they had appealed against the 30-day detention order. So it remains to be seen what unfolds next.

(UPDATE: Islam has since deleted his tweet and removed any claims of him being a part of Tate’s team.)

Why was Andrew Tate detained?

Andrew Tate is a 4-time kickboxing champion. However, he found fame after appearing in the UK edition of the celebrity “Big Brother.” Following that, he moved out of the UK and has been staying in Romania since 2017. It started his slow but steady rise to the very top of the cultural zeitgeist. He initially ran a webcam service, where beautiful women took advantage of lonely men.

Even Andrew and his brother Tristan Tate admitted that it was indeed a “total scam.” He then decided to open up “Hustler’s University,” which provided men with some practical lessons to help them earn money. Top G used to charge $49.99 per month for the service. Although it was worth a reported $300 million, Tate later shut down his business.

But, his problems started in April 2022, when Romanian authorities first interrogated him. Allegedly, two rescued women accused Tate and his brother of holding them without their permission. But back then, Tate was not put behind the bars. But, in December 2022, Tate was taken into custody on alleged suspicions of human trafficking, r*pe, and money laundering.

Not just Andrew and Tristan, Tate’s Angels, Georgiana Naghel, and Luana Radu were detained too. The women are accomplices in the case. They were allegedly involved in hiring women for the 36-year-old’s business.

What are your thoughts on the latest update regarding Andrew Tate’s detention? Let us know in the comments down below.