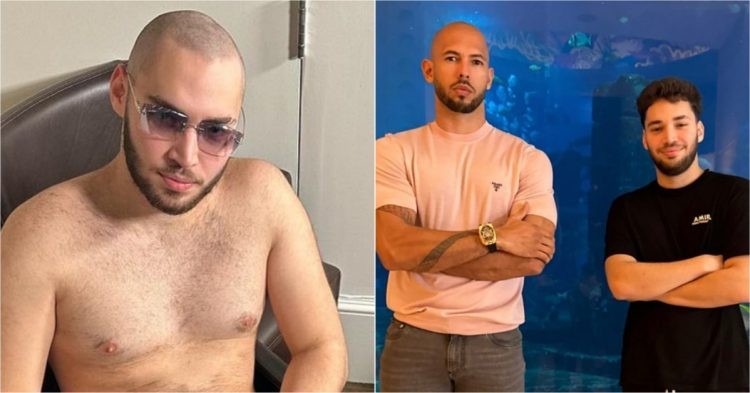 Andrew Tate is currently serving the 30-day mandatory detention order from the Romanian court. It all came about after his arrest on December 29, 2022. Tate is under investigation for organized crime, human trafficking, and r*pe. The nature of the charges is incredibly serious and Tate’s insane popularity has also been one of the reasons why the security is so tight around him.

On January 10, 2023, Andrew Tate’s lawyer Eugen Vidineac appealed for bail. He argued against the merit of the charges and reportedly presented the argument that both Andrew and his brother Tristan were missing their children. But the court denied the bail on the grounds of their immense influence and ability to flee the country. However, Tate is allowed to have up to 5 visitors in the detention center.

Besides my lawyer, I'm allowed 5 visitors,

4 are family members and the 5th is @adinross

Tate recently revealed in a tweet that 4 of his 5 slots will be taken up by his family members. One can imagine his mother and his sister Janine occupying some of those spots. But one other person who will definitely be there, is Twitch streamer, Adin Ross.

Adin Ross speaks about the influence Andrew Tate has on him

For fans who are unaware, Adin Ross is one of Andrew Tate’s closest friends. They have come together to collaborate on content over the years. Although some may find Tate’s constant roast of Adin uncomfortable, the streamer does not share the same views.

Recently, YouTuber-turned-boxer Logan Paul took a slight at Adin Ross and Andrew Tate, hinting that they were having an affair. But Tate stood up for his friend and questioned Logan’s IQ. It proves that the Top G will go to any extent to stand up for his friend.

During one of their collaborative streams, Andrew claimed to Ross that his true net worth was much beyond the initially reported $350 million. Ross idolizes the former 4-time kickboxing champion and tries to implement Tate’s philosophy in his own life. The streamer also revealed he thought about the whole legal ordeal.

Ross added, “I talked to him a lot when I wasn’t, there was no cameras on. You know, through we’d text and stuff and we’d call and like I said, that’s, I had a genuine bond and friendship with him and people really like don’t understand that like this happening, this all happening actually like affects me because it’s like that’s my friend.” (h/t via Fesify)

As far as any developments on the legal side of things, Tate is set to remain in custody for the rest of the 30-day court-ordered detention. Although there is a possibility that his detention may get increased to 180 days, there is no official update on it. Recently, there were some wiretap leaks that hinted toward Tate’s alleged crimes being real.

So what do you think of Adin Ross potentially visiting Tate in Romania? Let us know in the comments down below.