“She Deserves the Money More Than I Do”- Jake Paul Praises Amanda Serrano, Talks About Potential Katie Taylor Matchup 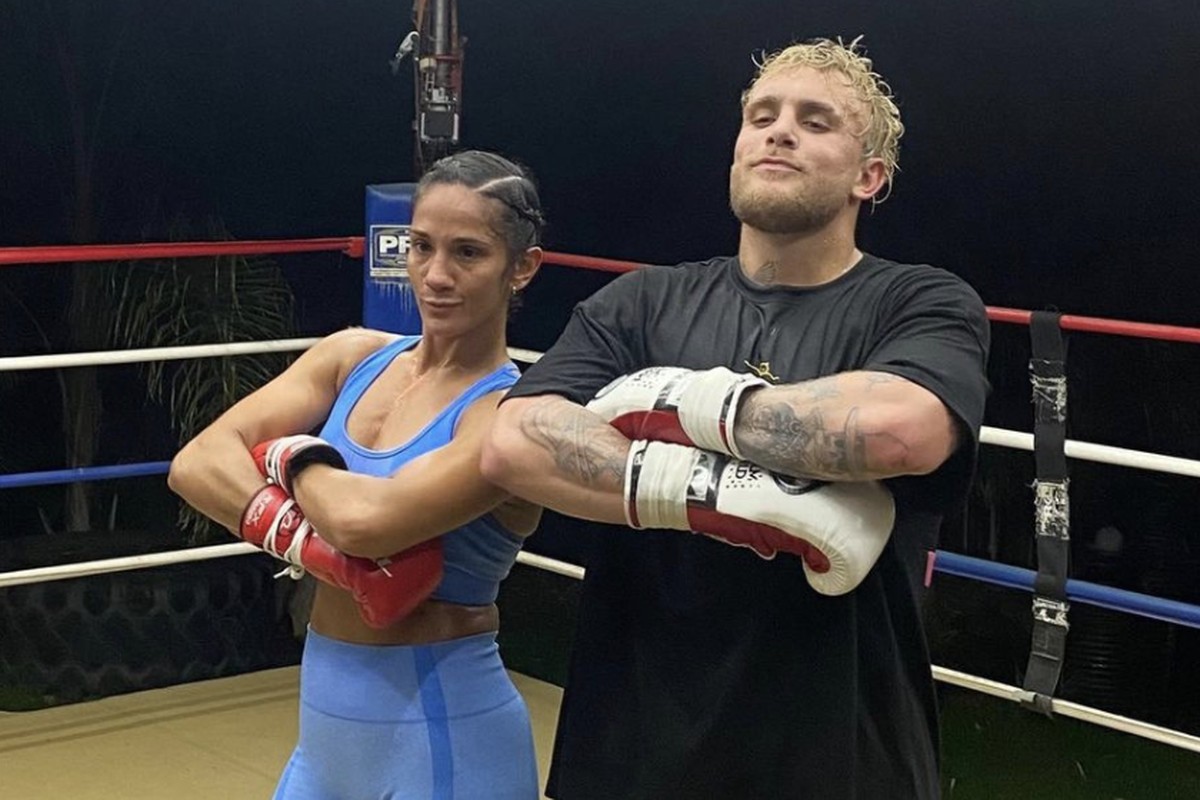 Jake Paul and Amanda Serrano have formed an unlikely partnership. Amanda just had a solid performance on the co-main event of Jake Paul vs Tyron Woodley 2. She defeated a very strong and determined Miriam Gutiérrez. The 33-year old never let the Spaniard have the time to breathe.

From the first minute onwards, Serrano kept on pushing the pace and backed Miriam into a corner. In typical fashion, Amanda cut off the space for her opponent and kept on spamming the former kickboxer with a flurry of punches. Although she ran out of steam a little bit in the middle rounds, the southpaw boxer ultimately did more than enough in the eyes of the judges to secure the win in their scorecards.

I want to thank my dance partner
Miriam Gutiérrez She didn’t come to lay down. I don’t care who is in front of me I’m not coming to Play!
She just told me she weighed 160lbs today. Thanks God I worked with my girl @nisa_rodriguez5 who was about 165. God is Great. I’m Blessed! pic.twitter.com/RVED1knVzN

The Puerto Rican fighter is on collision course on Irish boxing sensation Katie Taylor. Both fighters hold victories over Miriam Gutiérrez. In the post-match interview, Amanda pointed out that she beat Gutiérrez in a more convincing way than Taylor and called the Irish boxer out.

On being asked about whether Katie Taylor and Amanda should fight on yet another co-main of his fight card, Jake Paul stated, “No, that’s its own main event for sure and I’m so excited! I’m gonna do everything in my power to make that fight the biggest female fight in the history of the sport. And it’s a historic moment and Amanda is a superstar. You know she almost got her opponent out of there in the first round and she could punch. She’s an exciting fighter. A real superstar and we’re excited to take her career to a whole another level with MVP.”

Is Promoting Amanda Serrano an Achievement for Jake Paul?

Jake Paul has his own promotion called ‘Most Valuable Promotion’. He has crowned himself as the most valuable fighter in the build-up to his fight against Tyron Woodley the second time. After knocking out the former UFC Welterweight Champion, the 24-year old is now 5-0 in boxing.

In the post-fight presser, he was asked about whether he saw bringing such fame and notoriety to Amanda Serrano’s career as a success or not. He added that was an incredible feat to be able to do so. Amanda Serrano was the first fighter to be signed by Jake Paul.

He said, “See, I love to bring everyone up around me. To support my friends, if they’re growing then I’m growing. That’s what I have noticed. So it’s high on the list. And she deserves the money and notoriety more than I do. She has put in thousands and hundreds of hours in the gym and she deserves the payday she’s gonna get.”

The celebrity further added, “She deserves to be able to retire from boxing and not work again. That’s, unfortunately, hasn’t been the case in women’s boxing. They have been underpaid and taken advantage of. It’s an amazing accomplishment for me to be able to help her and she’s such an awesome person!”