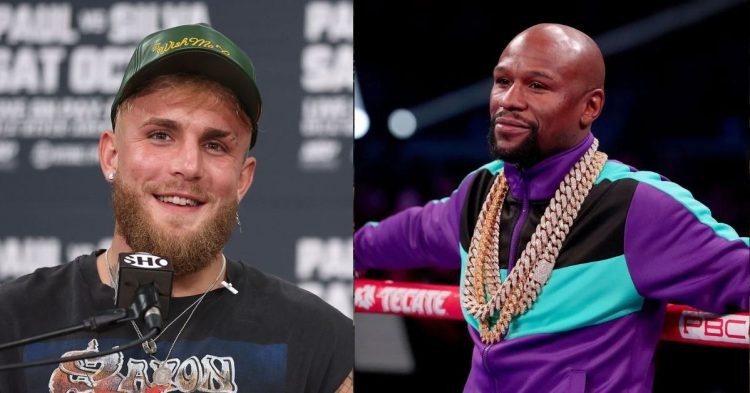 Jake Paul comes from the realm of celebrity boxing, but at this point in his career, he has established himself in the sport well enough to be regarded as a professional boxer.

He has gained a lot of respect in the boxing world because of victories over former MMA legends like Ben Askren and Tryon Woodly.

Paul, though, now desires ahttps://en.wikipedia.org/wiki/Mikuru_Asakura share of Floyd Mayweather. The YouTube celebrity called Mayweather out after the boxer criticised Paul (5-0) for his level of competitiveness. Paul retaliated against Mayweather for continuing to compete in boxing exhibition matches.

To respond to the criticism made, Jake took to his Instagram story. He stated out the following, “All right, ladies and gentlemen, picture this: It’s 2022. Floyd Mayweather is ruining his legacy fighting no-name guys, wasting his fans’ money, wasting his fans’ time” He further made an offer, to which he stated, “I weigh 175, you weigh 165. We can get that done, make a couple $100 million. But what will your excuse be? You didn’t care what my brother weighed, so why do you care what I weigh? Oh, because you know – you know what’s going to happen.

History of tussle between Jake Paul and Floyd Mayweather

May 6 saw the beginning of their conflict when Mayweather and Logan Paul were scheduled to hold a news conference at Hard Rock Stadium to promote the fight. At that point, Paul stole the show by confronting Mayweather, snatching the hat off his head, and making an attempt to flee. Paul was
quickly taken by Mayweather’s security team, setting off a large melee that continued far inside the stadium.

On the contrary, Floyd had no nice words for Jake either. He once stated, “They were not against real professional boxers. And I don’t even play when it comes to education because millions of blacks got lynched just for reading.” Regardless of their tussle, both athletes are big names of the sport and a fight between each other would be a massive spectacle just like Floyd’s bout against Logan, Which outsold a million PPV buys.