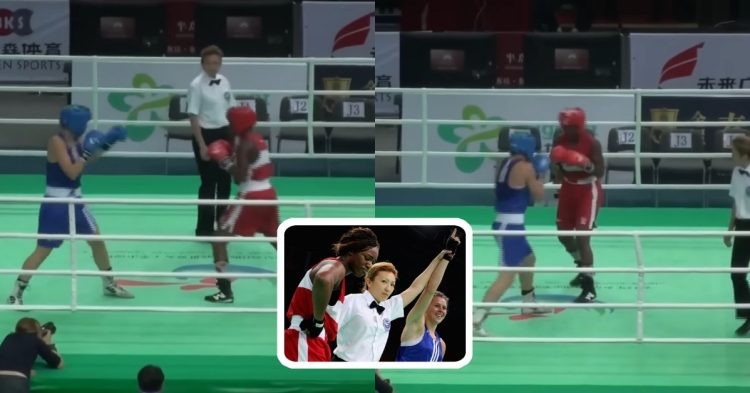 Claressa Shields vs Savannah Marshall promises to be a fascinating contest and it goes down on October 15th in the O2 Arena in London. While Shields will defend the WBA, WBC, IBF and WBF middleweight belts, Marshall will put her WBO middleweight title on the line. The winner of the fight will be crowned as the undisputed female middleweight champion.

But, this will not be the first time when these two went head to head. Almost a decade ago, both fighters found themselves matched up against each other in the 2012 World Championships. At the time, Claressa had a perfect record of 26-0. But that did not stick for long as Marshall got the best of her in the amateur bout. The judges scored the fight against Shields, 8-14.

Who will take the undisputed middleweight crown? 👑🥊

You can listen to build-up and coverage as Claressa Shields takes on Savannah Marshall live from 19.30 BST on @BBC5live sports extra on @BBCSounds 📻📱#BBCBoxing

With a place in America’s boxing team for 2012’s London Olympics at stake, the loss could have shattered her chances of making it there. Fortunately for Shields, she made it to the team anyway. But that did not stop her from questioning the decision. She also took shots at Marshall as well in an interview following her loss.

The footage for the fight was not available easily until very recently. A YouTube channel by the name of NoSmokeBoxing uploaded the footage in September of this year. From what was visible, it seemed like it was indeed Claressa Shields who applied the pressure. Savannah Marshall was back paddling for most of the fight.

However, she was accurate most of the time whenever Marshall landed a blow. There were multiple sequences when both fighters exchanged wild blows in the corner. During one such moment, Marshall landed a counter punch which knocked Shield’s guard out of her mouth. But for the majority of the fight, it was Shields who landed a better volume of punches.

Despite that, the judges rewarded Savannah Marshall for her accuracy and handed her the win. But it does not look like the fans share the same opinion. Underneath the YouTube video, there were multiple disgruntled fans who took Claressa’s side and slammed the decision.

A user by the name of Faauluuluga Lal had no doubt that Shields won as they posted, “Clear win for Claressa Shields.” Ali Baba Vlogs UK thought the judges must have mixed up the colours of their outwit and wrote, “Did the judges think shield is blue and marshall is red? I think shields won this fight.”

However, it was Aurelius Leslie who called the decision a robbery and wrote, “Straight robbery!! Savannah threw no punches. How can you win a fight, without fighting? You can damn near count on one hand the amount of right hands Savanna threw, and connected in the entire fight.”

Savannah Marshall will have the opportunity to silence her critics this weekend. If she does manage to beat Claressa Shields and become the undisputed middleweight champion, there will be no further chatter on the matter.