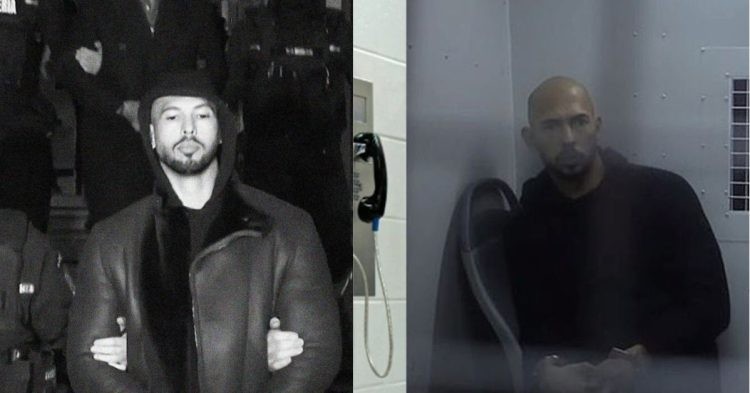 Andrew Tate was forcefully taken to the hospital for a medical examination. (Credits: Twitter)

Previously, the whole world took notice when Andrew Tate was arrested in Romania. However, after an initial 24 hours, Tate and his associates were taken into preventive detention for 30 days.

Recent reports from Romanian outlets suggest that the ‘Top G’ was then taken to a hospital. Allegedly, the former kickboxing world champion desperately needed medical attention. These reports were also confirmed by Tate’s unnamed manager on Twitter who revealed that Andrew is perfectly fine.

Here’s the update. We dont know specifics. They won’t tell us, nobody has been given the full picture, not even media.

All we know is Tate did NOT ask to go to the hospital and they could have just brought a doctor to his cell – this move shows a level of unseen severity.

Andrew would never ask to go to the hospital if he got “sick” – think about the type of guy he is. Nor will he willingly take any drugs.

However, we now have reports from another source stating that Andrew did not ask to go to a hospital. Instead, as in most situations, a doctor could easily have been arranged and brought to his cell.

The report comes from Sneako’s reported manager. In reply to a comment on the post, he also hints at the possibility of a conspiracy on Tate’s life. Sneako is a YouTuber, streamer, and close associate of the Tate brothers and has been seen with them on multiple podcasts.

During this time, another tweet was made from Tate’s Twitter account regarding the situation. As such, the following message was tweeted out: “Matrix has attacked me. But they misunderstand, you cannot kill an idea. Hard to Kill.” The tweet also contained a link to a Romanian news website speaking about the situation.

Whilst fans of the former Big Brother contestant are rallying to support their idol, there is little if any clarity of what is going on behind the scenes. According to a report from Digi24, Andrew and the rest of the detainees are set to be called upon for a hearing on Tuesday. However, with news of recent events coming to light, it remains to be seen if this hearing will be postponed, or continue as planned.

Which condition does Andrew Tate suffer from?

Previously, it has been revealed by Tristan Tate, that Andrew suffers from asthma. In a podcast, Tristan reveals that the ‘Top G’ is an asthmatic kickboxing world champion. Thus, many feel that Andrew’s medical emergency might be related to the same.

Interestingly, there are also rumors circulating about the controversial social media star possibly suffering from cancer. As per a report by Dexerto, Tate was taken to a hospital in Bucharest after having developed a lung nodule. Although harmless and benign in most cases, a lung nodule can become cancerous and thus requires a medical examination.

With this incident and also the reported admission to money laundering by Tate, it is shaping up to be another eventful week for Tate. As mentioned previously, Tate’s first hearing is coming up soon and it’ll play a vital role in determining whether the investigation can be conducted with him being a free man. If not, Tate might end up being detained by the authorities for an even longer time period.

What do you think was the reason behind Tate’s hospitalization? Do you think that it will affect his trial in any way? Will his detention get increased? Leave us your thoughts in the comments below.