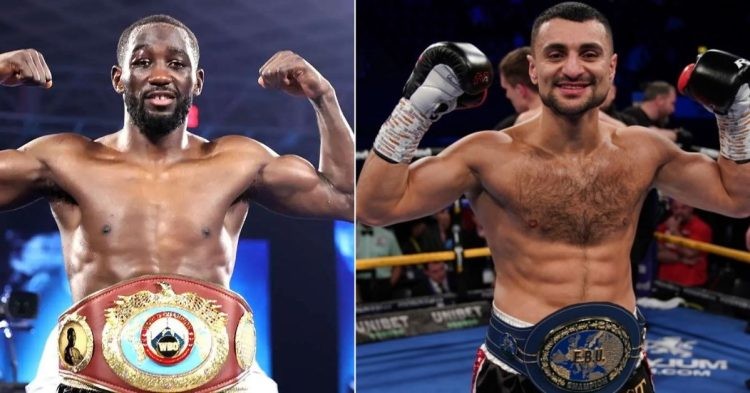 Terence Crawford will return to action against David Avanesyan in his sixth title defense of the WBO Welterweight title this weekend on Decemeber 10 inside CHI Health Center in Omaha, Nebraska.

Just weeks into promising boxing fans a potential showdown between Errol Spence Jr. and Terence Crawford, it was announced that the WBO welterweight champ would be facing David Avanesyan next. Needless to say, this doesn’t mean that an ultimate match-up between the two is not happening anytime soon.

Having signed with BLK Prime now, Crawford is expected to make a massive payday for his fight against the Russian boxer.

Terence Crawford will take home a whopping $10 million for his title defense against David Avanesyan. The WBO welterweight champion revealed on the Last Stand Podcast about his new deal with the streaming service after parting ways with Top Rank’s Bob Arum.

“It’s a one-fight deal. Me personally, I don’t know what (Adrien) Broner’s deal and structure is like, but I already got half of my money already. I’m going to get my other half before I even step in the ring a week before. That way, I don’t have to worry about whether they have the money or they don’t and have to go through all those hoops in getting paid. My money is already secured.” Crawford said.

As for David Avanesyan, there are no details regarding how much he will get paid to face the American boxer. However, it won’t be wrong to say that he could be looking at his biggest payday going against arguably one of the greatest boxers of all time.

Who is David Avanesyan, Terence Crawford’s next opponent?

David Avanesyan made his professional boxing debut back in January 2009. 34-year-old Russian boxer is currently 29-3 in his pro-boxing career with his last loss coming against Egidijus Kavaliauskas back in February 2018. He is currently on a six-fight win streak and holds the European welterweight title.

Avanesyan is also a former WBA interim welterweight champion and has stopped his opponent in each of his last six fights. Three of those have come via way of stoppage in the very first round. As for Crawford, he will step inside the boxing ring on the back of a stoppage win over Shawn Porter. Bud has never lost in his professional boxing career.