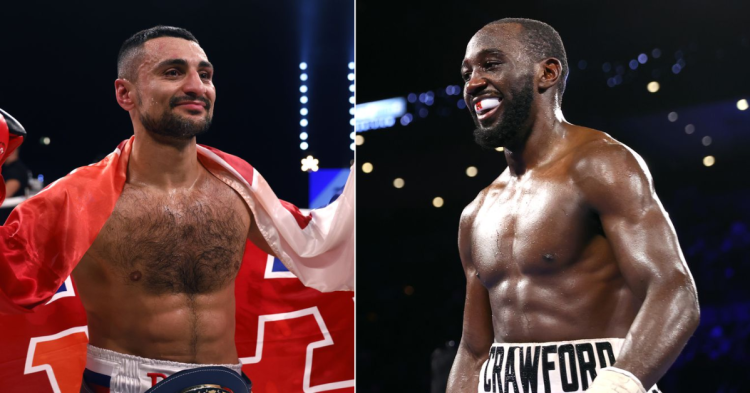 Terence Crawford vs David Avanesyan goes down this weekend inside CHI Health Center in Omaha, Nebraska on Decemeber 10 in his sixth title defense of the WBO welterweight title. The bout will mark Crawford’s first appearance after parting ways with Top Rank’s Bob Arum. The WBO welterweight champion has now signed with BLK Prime in a one-fight deal which will see him move one step closer to potentially facing Errol Spence Jr. next.

Bud will step inside the boxing ring for the first time in over a year, with his last outing coming against Shawn Porter. Crawford won that fight via TKO in the tenth round. He is 38-0 in his professional boxing career heading into this fight.

Meanwhile, David Avanesyan is on a six-fight winning streak, with his last loss coming via way of stoppage back in February 2018. Avanesyan has been on a roll ever since, picking up six straight TKO wins to his name, with three of them coming in the very first round. He is 29-3 in his professional boxing career.

When is Crawford vs Avanesyan and how to stream it live?

Terence Crawford vs Davis Avanesyan will take place on Decemeber 10 inside CHI Health Center in Omaha, Nebraska. The fight will stream live on BLK Prime exclusively on PPV and other streaming platforms with PPV service.

Fans around the world can buy Crawford vs Avanesyan PPV for $39.99 USD. The start time is scheduled for 9:00 p.m. ET. For British boxing fans, the event will take place on Decemeber 11, and is scheduled for 2:00 a.m. BST.

Here’s the undercard for Terence Crawford vs David Avanesyan

Terence Crawford will take home a whopping $10 million in a one-fight exclusive deal to face David Avanesyan this weekend. According to reports, Crawford made in the excess of $6 million in his last fight against Shawn Porter. Needless to say, the new deal has done well for Crawford, who will once again be a free agent after this fight.

Meanwhile, there are no details regarding how much David Avanesyan will earn for the much-anticipated showdown. However, it won’t be wrong to say that he might earn his biggest fight purse to date taking on one of the greatest boxers of this generation in the form of Terence Crawford.