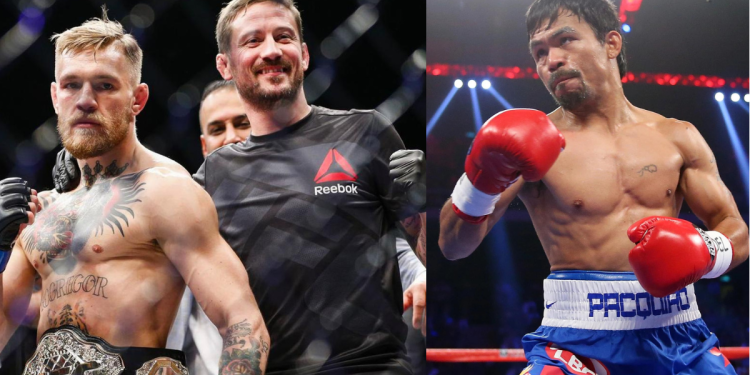 Conor McGregor announced his return to the boxing ring this past week. McGregor revealed that he would be taking on former eight-division Champion and boxer of the decade Manny Pacquiao. Ahead of the potential match-up, McGregor‘s coach John Kavanagh shared his thoughts on McGregor’s return and what’s in it for the former dual Champion. 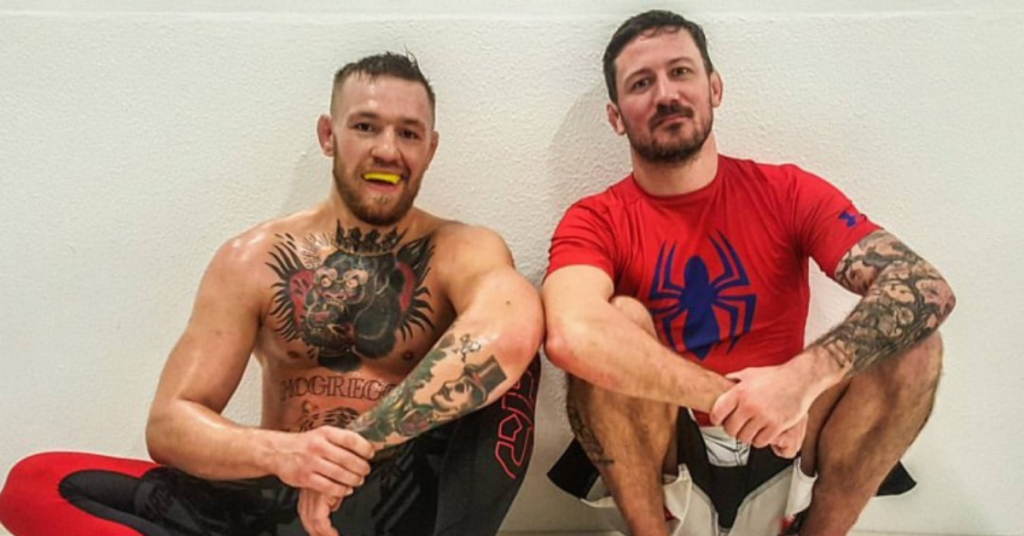 “We’re going down that road, we’re going to get the rumor mill going there.” Kavanagh said smiling, “I do know its in the works. I believe both boxers have agreed fundamentally. Now behind the scenes, there’s a lot of terms and conditions and legalities and managers who have to work out the fine details but I believe it will happen, when exactly I am not sure.” When Coach Kavanagh was asked whether he feels the the bout will take place this year, “I think it might be early next year. It looks like I am going to be coaching boxing again.”

Coach Kavanagh also opened up on the absence of live gate and the impact it will have financially on the much anticipated boxing bout considering there won’t be an audience due to the pandemic. Kavanagh stated, “on the money side with Conor, when you are actually doing fights with Conor, the gate is actually quite a small part of how much is going to be made if you think about it. It’s mostly pay-per-views, that’s where the real money comes in.”

Amid huge anticipation of a return to the octagon, McGregor’s decision to step into the boxing ring, as revealed by the former Champion had a lot to do with his frustration after not landing a fight due to the pandemic. 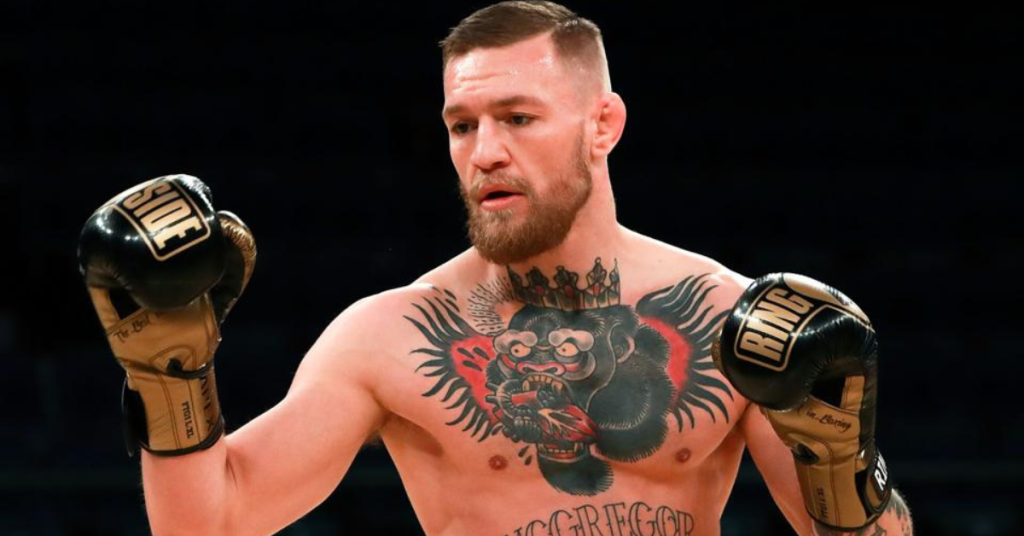 Earlier, McGregor had stated throught a tweet that he would be taking on former Champion Manny Pacquiao in December. However, recently Manny’s manager revealed that both the boxers will step inside the ring sometime in January. Coach Kavanagh had this to say when he was asked what’s in it for Conor McGregor.

It will be a true honour to have faced two of the greatest boxers of the modern era, afraid of a fight.

“What’s the gain from it is the amazing life experience. I mean if you look at Conor’s achievements, he’s won four world titles in mixed martial arts. He boxed ten rounds with some would say arguably the best, greatest boxer of all time and he’s not an old man looking back, why not have another crazy experience travelling to Middle East, fighting Manny Pacquiao.”