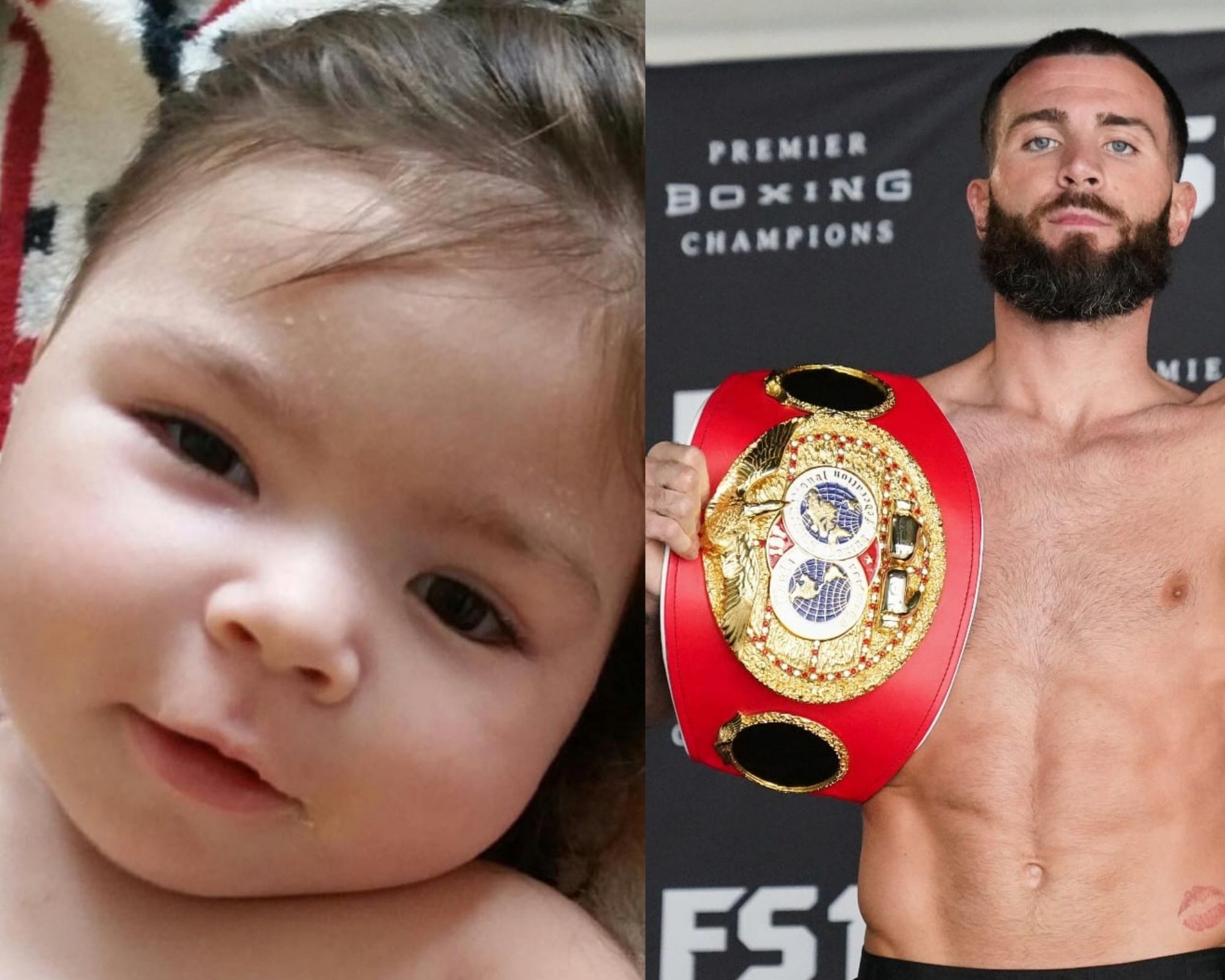 When someone talks about Caleb Plants‘ journey for the Canelo fight, it may look that everything is going his way. A rich American guy who has a terrific record of 21-0, super talented, he got it all. But, when looked closer one can find the adversities he went through to be the champion he is today.

It is unknown to many that Caleb worked as a drug dealer for his own mother, Beth Plant. Later she was shot and killed by a police officer after she pulled a knife on him in an ambulance. Even though Plant is unbeaten in boxing, unfortunately, he lost his mother. However, this was not the only loss he faced. In the year 2012, Caleb and his 19-year-old partner at the time, Carman Jean gave birth to Alia. Unfortunately, Alia was born with an unknown medical condition. After fighting straight 19 months from her birth, she passed away.

Remembering the fight her daughter was putting up against the diseases, Plant expressed to The Mayweather Channel.:

I had her blood sent off to do over 50,000 tests at one of the most prestigious children’s hospital in the world. Everything came back negative… she would have at least 150 seizures per day

Alia’s condition was undiagnosed even at the time she passed away. She had to go to eight doctor’s appointments per week. Hence, Carman had to leave her job so that she could take care of Alia 24/7. But, it was impossible to change what was destined “she took her last breath. January 29 at 10:55.” Plant griefed.

Caleb Plant kept his promise of becoming the world champion:

Just after five months of his daughter’s demise, Caleb returned to the ring to keep the promise he made to Alia. After four years of hard work, Plant finally got his title shot. He defeated Jose Uzcategui to become the  IBF super-middleweight champion. “I’ve worked my whole entire life for this, 17 years straight,” Plant cried after the win. Soon after, he went to his daughter’s grave and laid his world title belt there.

This Saturday Caleb plant will be standing against WBC/WBA/WBO super middleweight champion Canelo Alvarez with all these belts in line. Interestingly a special WBC trophy belt has also been designed for the Canelo-Caleb fight.