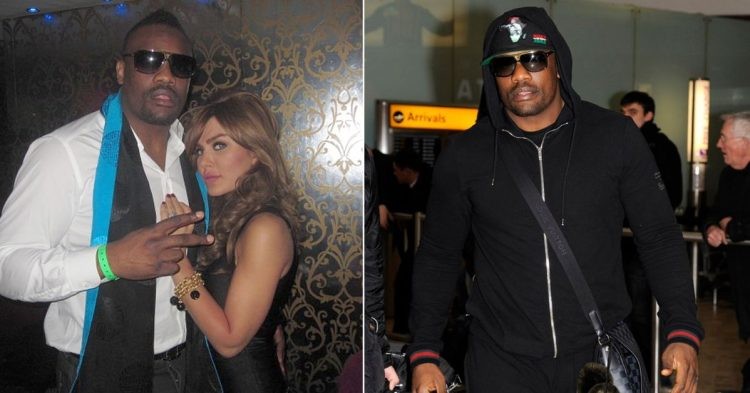 Derek Chisora has had quite a controversial life. The boxing veteran has truly cemented his position as one of the greatest heavyweight boxers of all time, and despite not winning a world title in his tenured career as a professional boxer, Chisora is widely admired for his tenacity inside the boxing ring.

Inside the boxing ring, Chisora has always been a true legend of the sport, however, outside of it, the British boxing great has had several ups and downs. Most notably his physical assault on his former girlfriend Yalda Kontratchy back in 2010.

Derek Chisora was dating Iranian-born Yalda Kontratchy back in 2010. There’s no clarity on when the duo started dating. However, their relationship came crashing down during the early hours of May 28, 2010, when Chisora physically assaulted Kontratchy over accusations of cheating.

Chisora found a text on his girlfriend’s phone from a guy who referred to her as “babe.” It did not sit well with Chisora who lost his temper and unleashed a brutal beating on Yalda Kontratchy.

“He came into the bedroom with my phone in his hands, He didn’t let me explain, he just grabbed me and started slapping me.”

“He grabbed both of my arms with both hands. I was lying down and he held me really hard because he has got strong hands. He was hitting my buttocks and legs.” Yalda revealed.

The British boxing heavyweight was put on trial and narrowly escaped jail time. He was ordered to pay £1,500 compensation to Yalda, plus £500 costs. He was also made to attend an “intensive” domestic violence rehabilitation course.

Who is Derek Chisora’s wife?

Derek Chisora is married to Emily Eringer. The couple reportedly met couple of years after this incident, with photos of the duo doing rounds from 2012.

Derek Chisora and Emily Eringer have two daughters between them. The elder daughter is named Angelina Chisora, while the younger daughter is named Harare Chisora. At the tail end of his career, Chisora brought his family to ringside for the first time in his professional boxing career when he took on Kubrat Pulev in early 2022.

Chisora has revealed very little about his family and likes to keep his personal life away from the spotlight. Be that as it may, there’s not a day that goes by without Chisora sharing some adorable moments spent with his daughter on social media.

It won’t be wrong to say that Derek Chisora’s past hasn’t been quite the hero-like that he has become now to boxing fans around the world. Even after his prime years, Chisora continues to take on the absolute best that boxing has to offer and never fails to leave his mark.