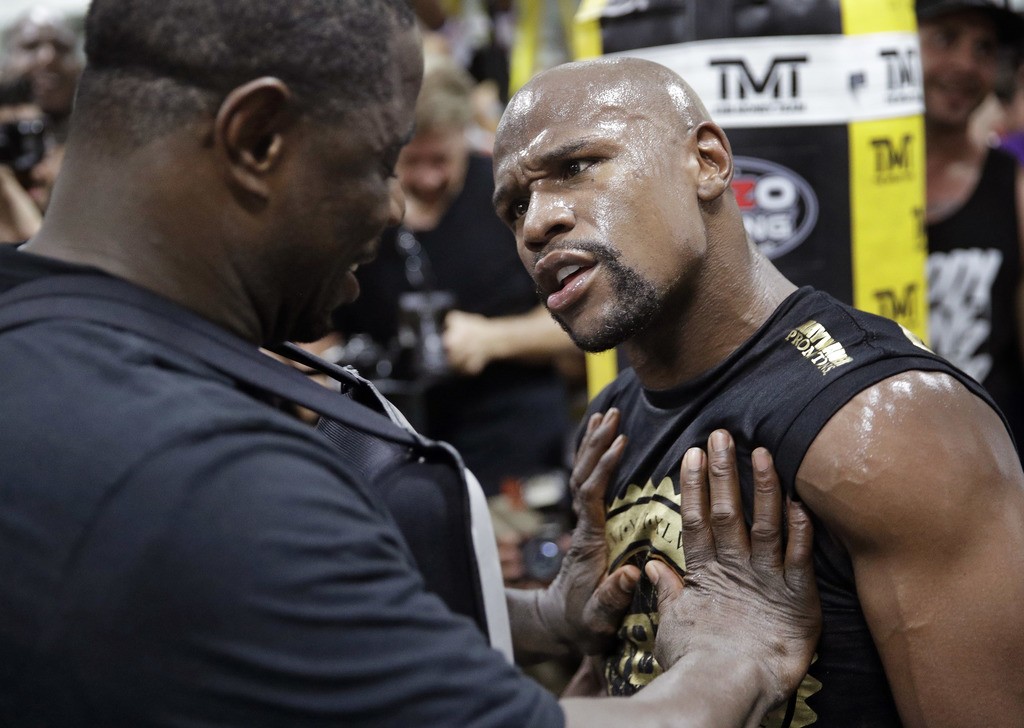 Floyd Mayweather is a big favorite to win his next exhibition match with Logan Paul and for good reasons. Mayweather is one of the best boxers of all time if not the best boxer. And even if he has not fought in a boxing match for over 4 years he should still be able to beat Logan Paul, who does not have much experience in boxing.

However, there are some risks for Mayweather going into this fight. And there is a possibility that Logan Paul might beat Mayweather on June 6th.

Legendary boxing trainer, Teddy Atlas gave a honest breakdown of Floyd Mayweather vs Logan Paul. Teddy Atlas believes that even though Floyd is one of the greatest to ever do it he might have done a mistake by accepting another pro match after 4 years of inactivity.

Teddy Atlas explained how Logan can trouble Floyd in the boxing ring. Teddy Atlas believes that Floyd’s age and inactivity can play a factor in the outcome of this fight. He stated:

“There could be danger here for Floyd. I know I said it. I am not saying because of the athlete that Paul is, the fighter, the background, any of that. Of course, he does not have anything in that area. But, when does Floyd does not become Floyd? When does Floyd cease to exist? When is it not Floyd anymore? I think people are forgetting that. He is 44 years old, he has not fought in 4 years, he has had some exhibition2 years ago I don’t even know if it was real.”

Teddy Atlas also explained how Logan Paul might beat Floyd Mayweather: He(Logan) is a big 190 lbs strong guy, he can punch a little bit, he does know some basics. Logan knows how to jab, he knows how to move his leg and stand the right way on the outside. ‘okay teddy stop, he is fighting Floyd Mayweather. ‘ All right, I’m with you. But styles make the fight. Floyd Mayweather is not a go-get you guy. He is a counter puncher, he is a guy that beats you to the punch. The guy who times you. Guys come after him, it’s like going into a meat grinder. He makes you miss, he spits you out. He punches back, he counters great speed all these things. He is a 44-year-old counter puncher. He is gonna fight a bigger, longer, taller, physically stronger, who is gonna stay on the outside knows enough how to jab and move around. And it’s only six rounds. These things mean something.”

Floyd Mayweather has fought an opponent who is as big as Logan Paul in Tony Pep. But, Mayweather is now 44 years old and he has been inactive for a long time. And at the end of the day, it’s a fight and even if it’s very slim there is a possibility that Logan Paul might chin Floyd Mayweather.

E3 2020 Cancellation: The factors that played a role behind the cancellation of the event and the comeback this year