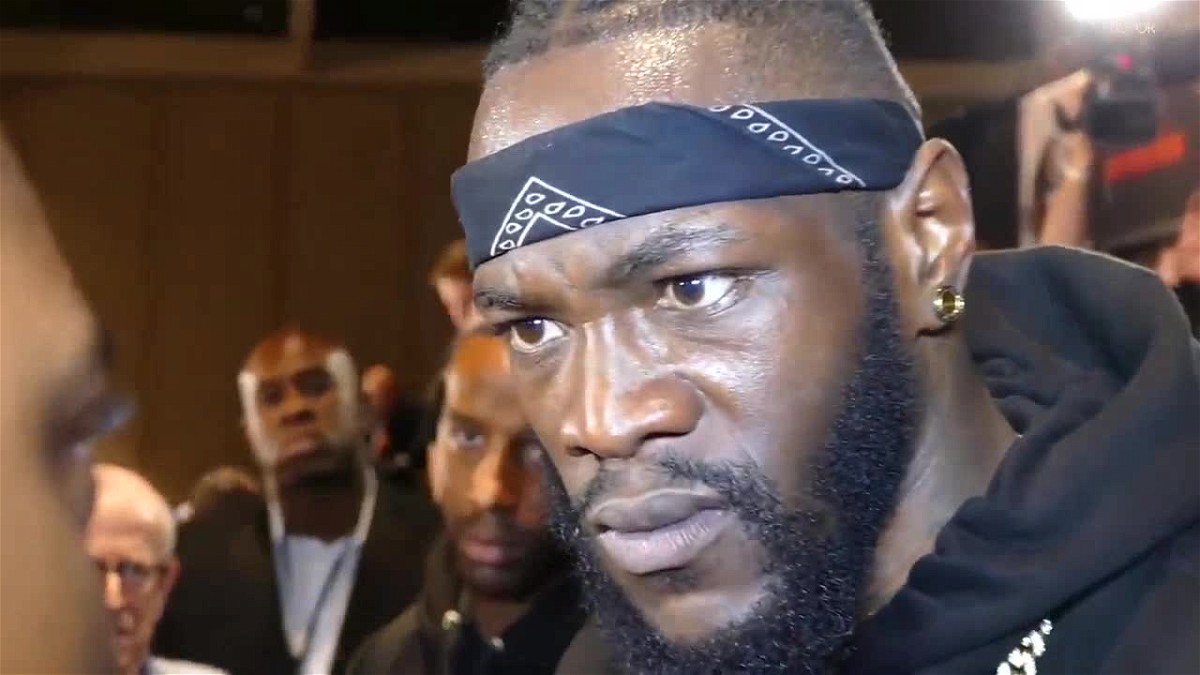 In this day and age being a celebrity or a public figure, you are just one step away from becoming the next meme. The former WBC heavyweight champion Deontay Wilder went viral and became an overnight meme. The hilarious meme came from an interview of Wilder ahead of his rematch against Tyson Fury.

In the meme, Wilder was clipped saying “Till This Day” with a strong expression on his face. The meme may look extremely funny and managed to break the internet. However, the real reason for Wilder saying these words has some serious significance.

The story behind the Deontay Wilder meme: Till this Day

Before both fighters got a chance to go against each other inside the ring, they were involved in some serious trash-talking in press conferences. During the trash-talking, both the fighters didn’t hold back and said every possible thing to prove their narrative. In one of the confrontations, while talking about the gypsy culture and history, Fury expressed his views about his traveler heritage. Replying to this Wilder said, ” This man talks about history, that he comes from a fighting tribe of 200 years- but we have been doing it for 400 years“.

Following this remark of Wilder, A reporter from Radio Raheem asked Wilder about the confrontation. ” You said your people have been fighting for 400 years, what did you mean by that?” The reporter asked.

Wilder instantly understood the reporter’s intentions & that he was getting baited to give a political opinion. Wilder blasted the reporter with his rant about what he said. ” It’s your people too, Don’t sit up here and bait. You know what the f*** I’m talking about when I say these things“.

Wilder was furious about the fact that he had to explain the things that he said. He believed everyone already knew what he was talking about. Wilder expressed that if anyone doesn’t understand then may God be with them and told them to look back to the history. ” Go Google that s***,” said Wilder.

During the whole conversation, Wilder looked passionate about what he was thinking and what he was standing for. The raw emotions of Wilder were clearly visible.

But a meme is a meme and it surely served as a good laugh for millions of users on the internet.