Tyron Woodley Finally Gets the "I Love Jake Paul" Tattoo, Calls Out Jake for a Rematch

A month ago former UFC welterweight champion Tyron Woodley went head to head against Jake Paul in an eight-round boxing fight. In the press conference of this highly anticipated contest before the fight, both the boxers agreed to a bet that the loser of this fight had to get a tattoo of his opponent’s name on the body. On fight night, the Chosen One suffered a close split decision loss against the YouTuber turned boxer in the main event.

However, T-Wood demanded a rematch in the post-fight interview and Jake Paul agreed upon the demand on one condition. The condition was that Woodley had to immediately honor the bet that was proposed during the press conference.

Although Woodley did not get a tattoo on the same day of the event and the talks regarding the rematch cooled down. But, moments ago the former UFC champion has unexpectedly got a tattoo of “I love Jake Paul” on his middle finger.  Woodley shared a picture of his tattoo on Instagram and captioned the post “I love you son. Now come and get this ass whipping cause I heard you been talking back to your elders.

He also tagged Jake Paul and called him out by saying “WHERE YOU AT?” Comment below your thoughts on Tyron Woodley getting an I love Jake Paul tattoo on his finger.

Will Jake Paul accept the callout of Tyron Woodley and face him in a rematch?

It’s almost been a month since Jake Paul and Tyron Woodley competed in the boxing ring. With that being said, it is highly unlikely that the YouTuber turned pro will accept the former champion’s rematch callout. 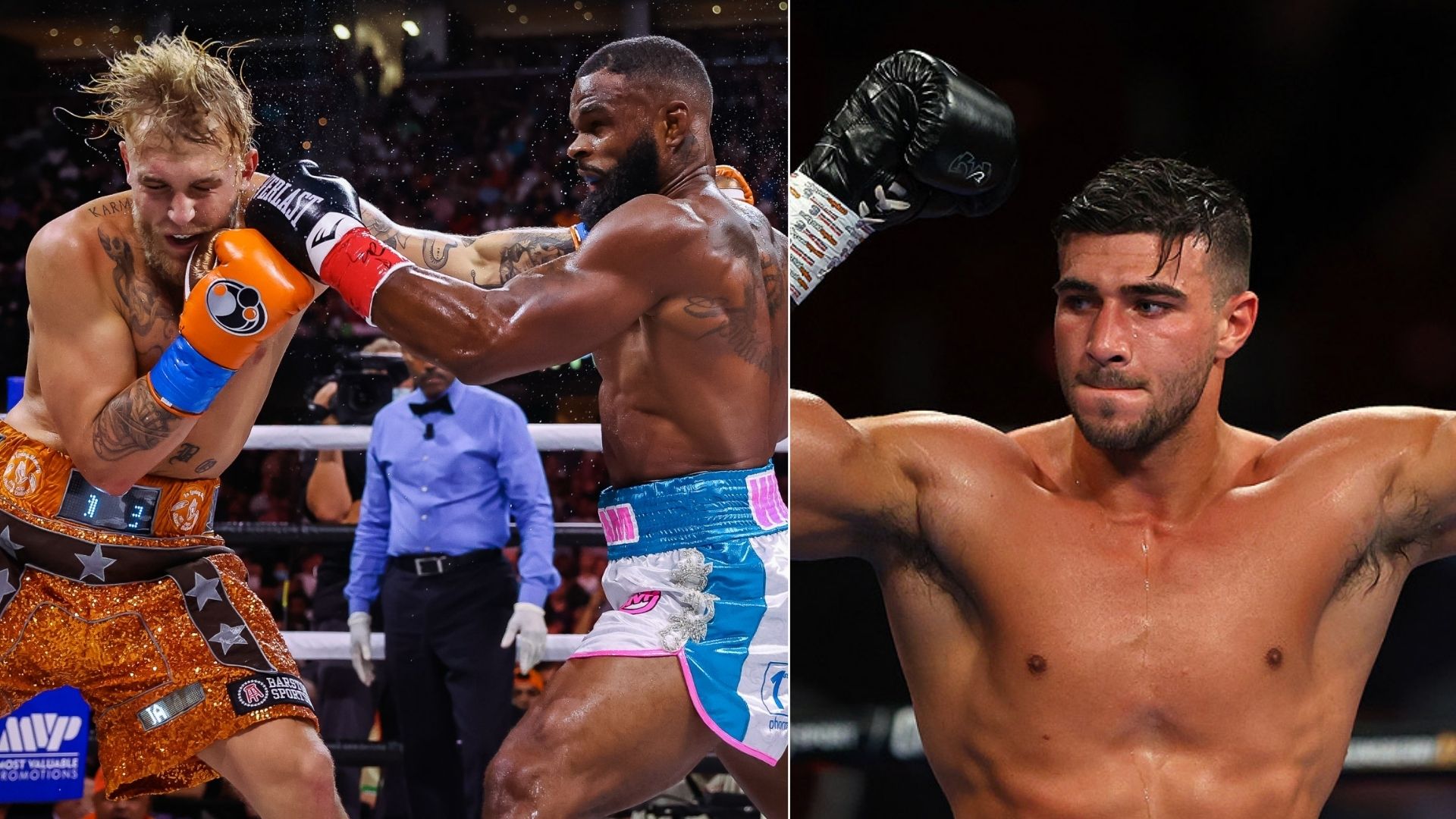 Even though Woodley has fulfilled his promise, Jake has mentioned in several interviews that he has moved on from that fight and is not interested in a rematch. Owing to the fact that he wants to face a real boxer and as a result, he is in talks with Tommy Fury for a professional boxing match. However, the Problem Child’s mind could now change as Woodley has completed the tattoo bet.

Therefore it will be interesting to hear Jake’s response to Woodley’s callout. So comment below if you think Jake Paul will agree to a rematch against Tyron Woodley.