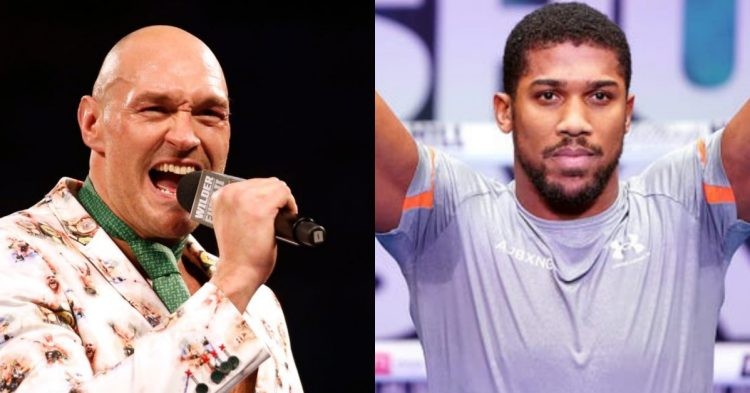 Tyson Fury is still open to fighting Anthony Joshua in a boxing match! Tyson sent a proposal to Joshua and his camp regarding a fight shortly after AJ lost his rematch to Oleksandr Usyk. After a few days of rumours, Fury closed the doors on the fight in the last couple of days, stating Joshua has missed his chance to make the fight official.

However, it looks like he has walked back on his stance once more. In a recent statement, Fury said stated that all the networks involved in this potential fight are satisfied with the financial side of things. Tyson’s camp has also revealed that he offered a very favourable deal to Joshua and his camp. According to The Gypsy King, it is Anthony Joshua who has not signed the deal despite having two weeks.

Anthony Joshua and Tyson Fury are two of the biggest stars in the British boxing scene at the moment. Tyson is especially considered to be the best heavyweight boxer around at the moment. Although Joshua’s recent dip in form does take away from the appeal of the contest, it still is a massive fight which promises to be a record-breaking event in the UK.

Anthony Joshua is not the same fighter that he was prior to his fights against Oleksandr Usyk. Ahead of their first contest, Joshua was the WBA (Super), IBF, WBO and IBO heavyweight champ. However, he lost the belts to the Ukrainian fighter in 2021. Although he had the chance to regain them in the rematch this year on August 20th, Joshua failed once again!

Hence, there are some big question marks regarding how well the Brit may fare against his fellow countryman. Even the fans are not giving Joshua any chance against Fury, who is undefeated in his career. Despite all the apprehension, the interest in the fight is immense and it can not be denied! It may even be his last big payday against a credible opponent.

Recently, Joshua’s promoter, Eddie Hearn revealed that there are certainly negotiations going on behind the scenes to make the fight happen. Tyson’s move to extend the deadline for Joshua to sign the contract just puts more validation behind the notion that Tyson Fury vs Anthony Joshua is a realistic possibility.