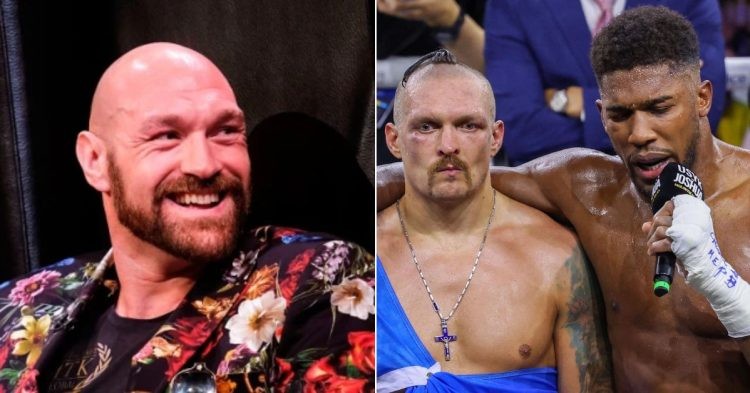 The Gypsy King will make his boxing return on December 3 against fellow veteran Derek Chisora in what will be the third time the duo will share the boxing ring. Ahead of the match-up, Fury shared his thoughts on his next possible opponents and also revealed that he will fight three times next year.

Tyson Fury has never failed to express his admiration for Deontay Wilder. Fury has maintained that Fury is among the elites in heavyweight boxing and even claimed that he will beat Anthony Joshua. While talking about his plans to fight in February next year, Fury shed light on who he believes are the top-3 boxers right now.

“We’re going after Joe Joyce because him in my opinion is the #2 ranked heavyweight behind meself. Maybe three because I don’t think anybody in the world can take Deontay Wilder’s power only meself.” Fury said.

Behind him, of course, Fury ranked Deontay Wilder and Joe Joyce as the number one and number two ranked heavyweight boxers in the world. Fury has always maintained that he doesn’t consider Oleksandr Usyk a top heavyweight and even believes the Ukrainian boxer lost against Derek Chisoro when the duo shared the boxing ring.

Fury has expressed his interest in facing Oleksandr Usyk in February next year and doesn’t mind facing Joe Joyce if Usyk “don’t want no smoke”.

As for Joe Joyce, the Juggernaut has slowly cemented his position as one of the best heavyweights right now and the former Olympic champion is just a win or two shy from getting his hands on the world titles. Who will Tyson Fury face if he emerges vicariously against Derek Chisora next month? Only time will tell.