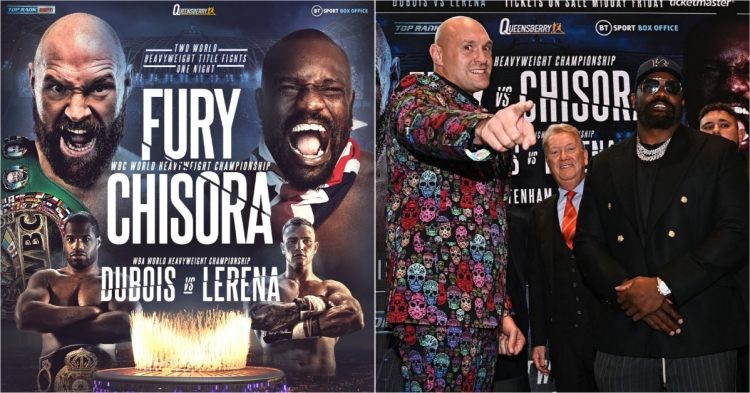 Tyson Fury vs Derek Chisora 3 goes down this weekend inside Tottenham Hotspur Stadium. On 3 Decemeber, the British heavyweight stalwarts will step inside the boxing ring and will square off against each other for the third time in what promises to be a sold-out arena in London. The bout will also mark the return of Tyson Fury, who announced his retirement earlier this year following his stoppage win over Dillian Whyte.

Fury will once again put his WBC and the Lineal heavyweight titles on the line, this time against Derek Chisora in what will mark his third title defense. Meanwhile, Derek Chisora will step inside the ring in the back of a split decision win over Kunrat Pulev.

Less than 48 hours away from the fight, there has been a change in schedule for Tyson Fury vs Derek Chisora 3, with the main event set to go down earlier than scheduled. The change in timings could be due to the weather in London at this time of the year. According to the weather forecast, the temperature is expected to be 5°C/45°F during the main event time on Saturday.

What is the start time of Tyson Fury vs Derek Chisora 3?

For fans in the United States, Fury vs Chisora 3 will start at around 4:55 p.m. ET. Needless to say, these are not confirmed timing and it will solely depend on the outcome of the undercard.

How to watch Fury vs Chisora 3?

British boxing fans can buy the PPV and stream the event live on the BT Sports Box Office app. Meanwhile, fans in the United States can stream Fury vs Chisora 3 on ESPN+