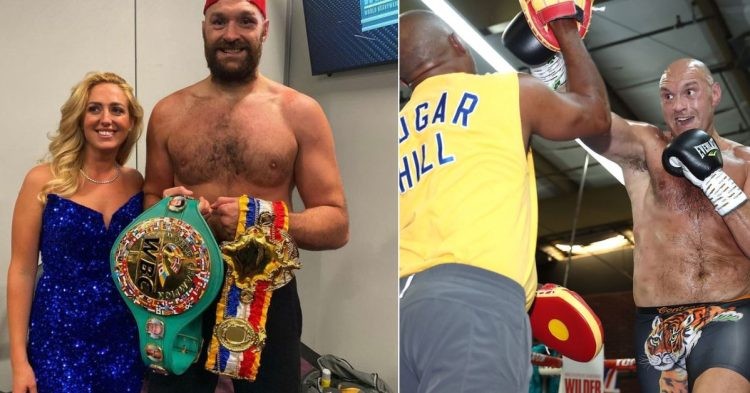 Less than eight months later, Fury will come out of retirement once again as he takes on Derek Chisora in a trilogy fight on 3 Decemeber in London. The Gypsy King revealed that he was quite serious about his decision to retire from the sport. However, two-three months into retirement life, Fury did not see any “purpose” in his life.

It won’t be wrong to say that boxing fans were left surprised by Fury’s decision. After all, Fury announced his retirement as an undefeated boxer, with enough money in his pocket to live a peaceful retirement life. Moreoever, cameos in WWE were fetching him good money.

“I’m one of the greatest heavyweights of all time!”

“I think this might be the final curtain for the Gypsy King.”@Tyson_Fury 👑#FuryWhyte | BT Sport Box Office ▶️ https://t.co/b0uV32kqC3 pic.twitter.com/Nju6XYoOMj

Back in April, when Fury announced his retirement, there was no doubting his decision. Fury looked confident and was even ready to vacate his title belts. However, amidst all the drama that surrounded both boxers in the months leading up to the fight in April, Tyson Fury’s wife Paris Fury’s “woman’s instinct” told her, the Gypsy King wasn’t going to stay outside of the boxing ring for a long time.

Paris Fury knew Tyson Fury would come out of retirement

Paris Fury had a huge role to play in Tyson’s decision to hang up his gloves. “After the first fight with Deontay Wilder I begged him not to fight again,” she said. “And then he fought again and now he’s saying he’s quit again. I just don’t think it’s the end. I just wonder. You never know, we’ll wait and see.” Paris Fury was revealed back in January 2021.

When asked if Fury will continue to box again during the post-fight interview after beating Dillian Whyte, Fury had a sharp response. “No, I promised my wife.” He said at the time.

“But there’s something in the back of my mind saying he’s itching for another fight. It’s there – woman’s instinct, there’s something still calling him out there.” Paris Fury had said prior to Tyson Fury’s retirement announcement in April.

Even for @Tyson_Fury this is brutally honest 😳

The factors why he’s back boxing aren’t for belts or money, it’s back for his mental health.

“I do not know how to quit. I don’t know anything else. I’m going to mess up the undefeated record. Now I know why the greats get hurt.” pic.twitter.com/9ptR48nxRp

No wonder, Tyson Fury is back inside the ring and has even claimed that he will fight three times next year in 2023. The Gypsy King just can’t seem to be able to quit this sport. For him, boxing is a way of life, and without boxing in the picture, it’s void.