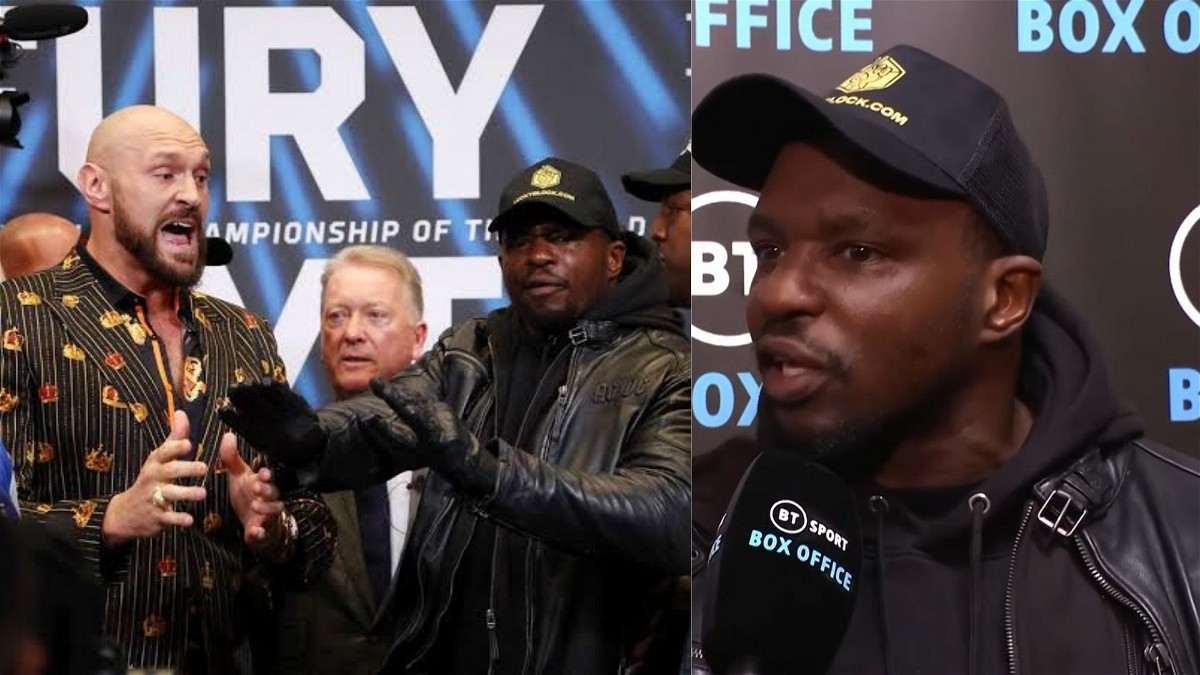 The press conference and face-off of the highly anticipated Tyson Fury vs Dillian Whyte fight took place today at the Wembley Stadium in the UK. Unlike other press conferences where both fighters usually go hammer and tongs at each other, both Fury and Whyte shared immense respect during the entire press conference. 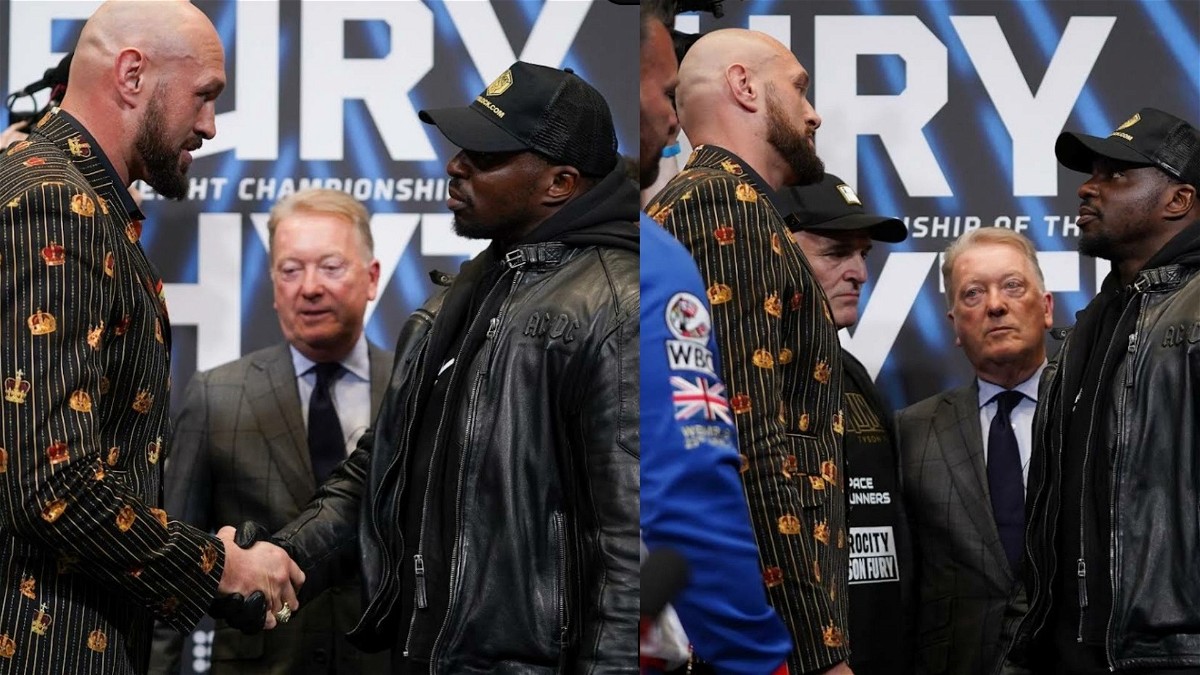 However, things flared up between the two camps during the face-off and they had to pull away. So after the entire press conference and faceoff were done with, Dillian Whyte had a conversation with BT Sport.

In this interview, Dillian Whyte revealed what went down during the face-off and explained the reason behind the commotion. The Body Snatcher went on a rant and slammed Tyson Fury’s dad for ruining the face-off.

“I don’t know Tyson Fury’s dad needs to relax. My man’s 600 years old and he’s stepping forward and they’re trying to not let my guys get on the stage. I’m like John calm down you’re an adult. You keep shouting and screaming like a child. It’s me and Tyson’s day. Relax like why are you getting involved in me and your son’s day. Old man take it easy.“

What happened during the face-off between Tyson Fury and Dillian Whyte?

As mentioned earlier Tyson Fury and Dillian Whyte were extremely respectful and praised each other’s boxing skills during the press conference. Besides, there were several funny instances during the conference and it didn’t look like there was any kind of animosity between these two heavyweights.

Everything went well as both Fury and Whyte posed during the face-off. However, things took a strange turn as John Fury and one of Dillian Whyte’s team engaged in a verbal altercation. Whyte was unhappy with John and also chimed in during the banter.

Later Tyson joined in and things started heating up. Apart from the two heavyweights, the authorities sent both the teams back. Thereafter both Fury and Whyte shared a light moment.

As we are just a few days away from this mouthwatering heavyweight title clash, let us know in the comments section who you think will emerge victorious?