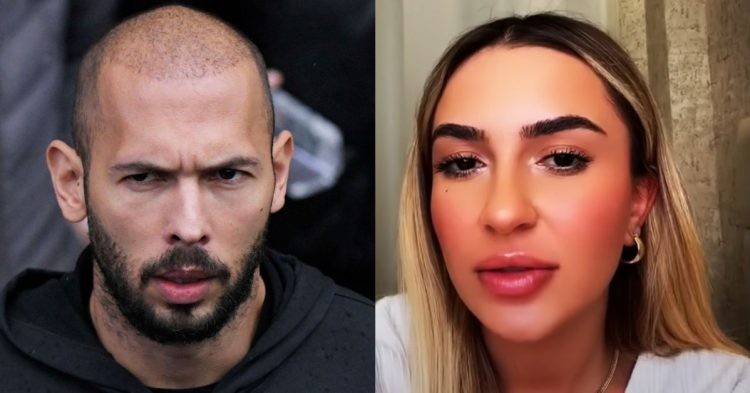 An alleged ex-girlfriend of Andrew Tate reveals that she is being banned for supporting him. (Credits: YouTube)

Andrew Tate is easily one of the biggest topics of discussion in the world right now. Following his arrest in Romania, The Top G’s supporters have been very vocal in voicing their support for him. Interestingly, we now have testimony from another source sharing her side of the story.

Previously, an ex-girlfriend of Tate posted a video on her socials where she claimed that the allegations against the brothers are false. She denied claims that he was a r*pist or a woman beater and would never engage in human trafficking. Similarly, we now have word from yet another female supporter stating the same.

Having appeared in a few videos with Tate, the individual in question is rumored to be another one of Tate’s exes. As such, in a video, she reveals that her accounts are getting banned for speaking up in favor of Tate. Taking to Twitter, she reveals that her Instagram has been banned and her videos on the topic are being removed from TikTok.

“It is very difficult for me to share my opinion and be as vocal as I want on TikTok.” She further adds, “I literally got my entire Instagram banned, for nothing.” She also reveals that she had a very ‘positive’ experience meeting Tate. “I was lucky enough to have met this man and I can say that the person I was supporting through a screen turned out to be exactly as I expected from the person.”

Thus, she promises to share more about her experience and her opinions on Tate’s arrest. However, the question still remains: why is her content being removed for supporting Tate? As for Tate fans, they are sure that ‘the Matrix’ is responsible and pulling the strings here.

When will Andrew Tate and his brother be released from prison?

On December 29, Tate was arrested for human trafficking, r*pe, organized crime, and other illegal activities. After the initial arrest, Andrew Tate and his brother were sentenced to further detention for a period of 30 days, till investigations continued. Shortly thereafter, the Romanian anti-organization crime agency DIICOT revealed that the court denied their appeal seeking a release.

According to reports, one of the main reasons for Tate’s appeal was that ‘their children needed them to be free’. As such, both brothers have children and pleaded to be allowed to go back to their kids. Previous reports, and the brothers themselves, have revealed that Tate has ‘double digit’ children throughout the world.

Previously, there were also reports of Andrew being forcefully hospitalized due to a lung nodule. However, despite reports of severe medical complications, Tate is now in stable condition. As it stands, Andrew is still in detention along with his brother and two other accomplices till investigations continue.