Video: George Kambosos Jr Drops Teofimo Lopez in the First Round at the DAZN PPV 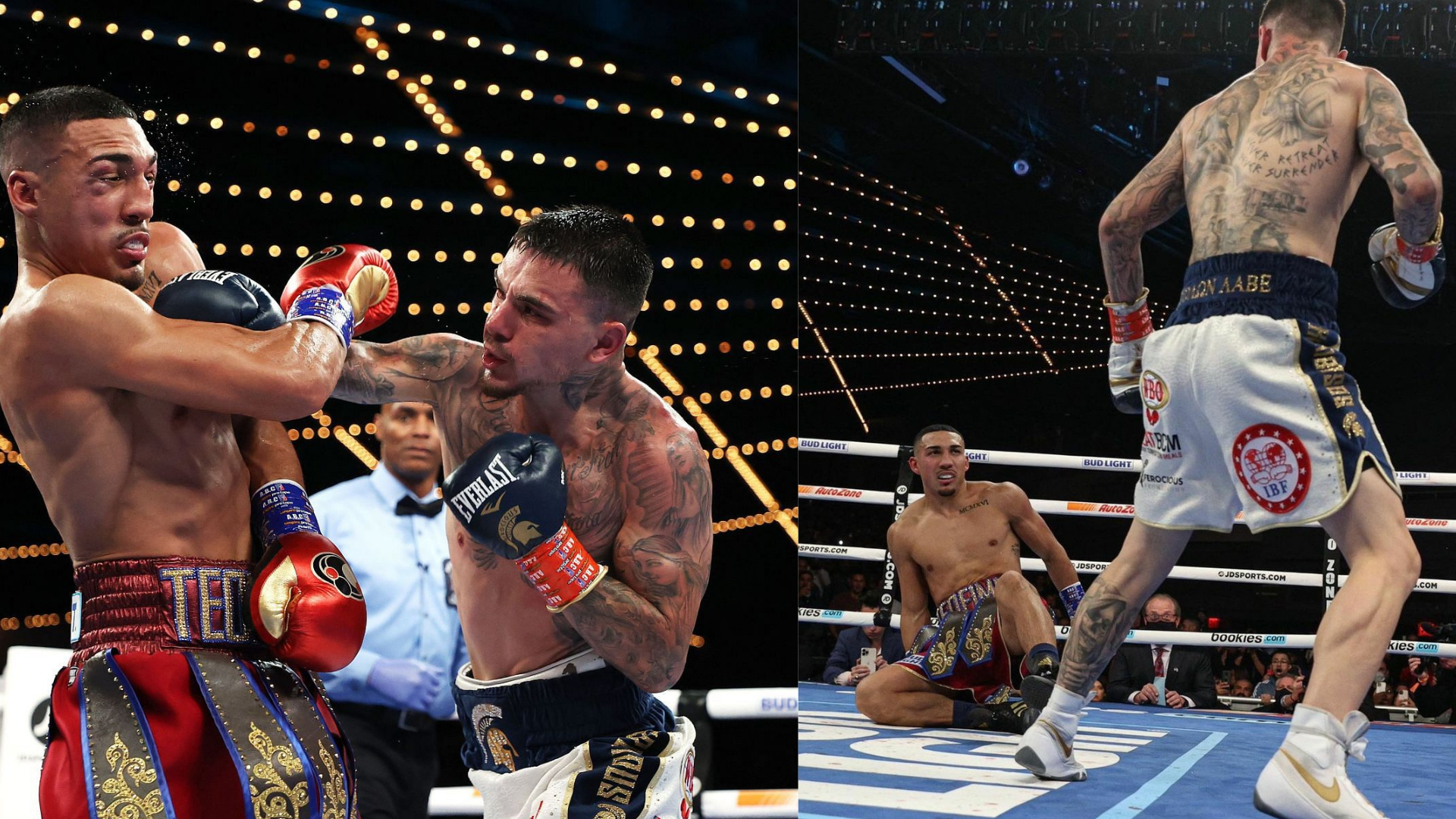 In what was a stellar main event, the Aussie boxer stole the show by clinching this contest by split decision. Moreover, Kambosos also became the first boxer to hand the Takeover his first defeat in professional boxing.

Speaking about this bout, both George Kambosos and Teofimo Lopez showcased great skill and technique throughout the 12 rounds. Besides, there wasn’t a single dull moment in the entire fight. Both the boxers traded big blows and inflicted a lot of damage to each other.

Teofimo set the tone of the fight early as he started aggressively. However, the momentum shifted towards the challenger during the dying seconds of the first round after The Ferocious landed a big right overhand to drop The Takeover.

After getting stunned, Lopez got up before the referee made the ten count and was then saved by the bell. Subsequently, the entire arena started buzzing after seeing a violent first round.

It is needless to say that this was the turning point of the fight as the Australian boxer took over and carried the momentum going forward. Kambosos used his right hand to unleash a lot of damage and caused a lot of problems to Teofimo Lopez.

Although the fight between George Kambosos and Teofimo Lopez was not one-way traffic. After suffering a big blow in the first round, The Takeover made a comeback in the latter stages of the fight. 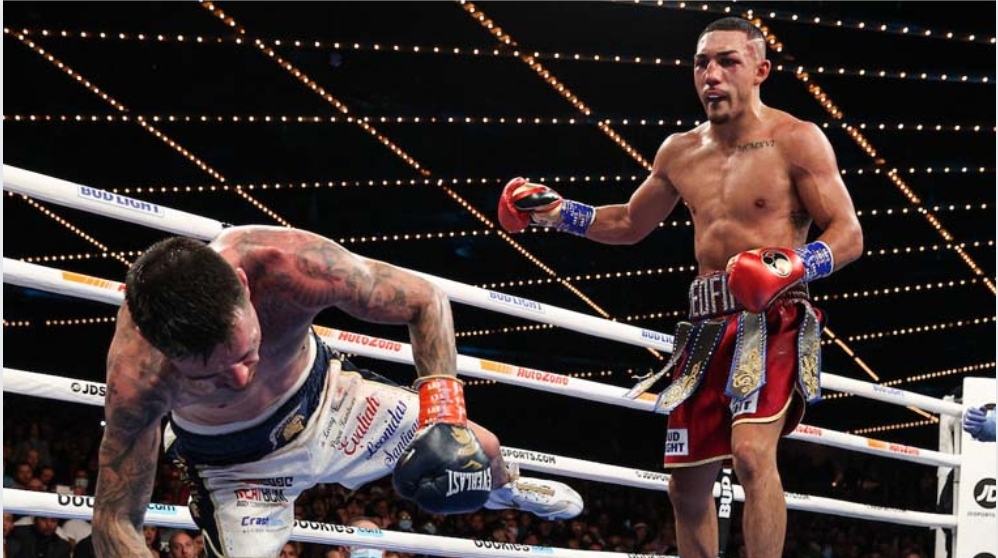 Consequently, in the tenth round, Teofimo Lopez delivered a devastating right hand to drop George Kambosos on the floor. It looked like the Australian boxer was about to face his first professional career defeat after that moment.

However, Kambosos bounced back as he survived a big scare by showing great heart and intent to stay in the fight. Thereafter the Ferocious convincingly dominated the championship rounds. And subsequently, George Kambosos was rightfully declared the winner of the contest.