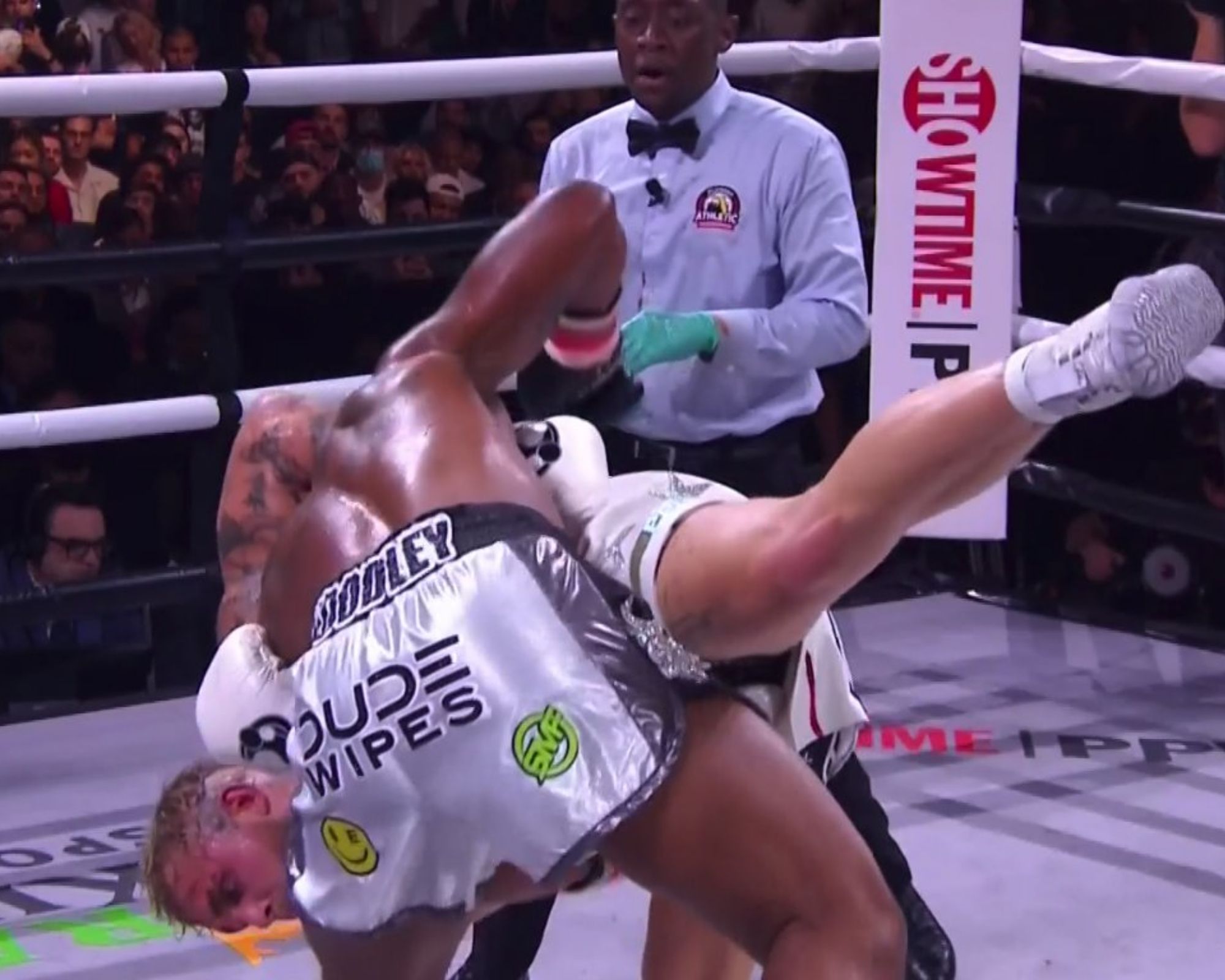 Jake Paul vs Tyron Woodley took place at AMELIE Arena in Tampa, Florida. The rematch was highly anticipated since Tommy Fury pulled out of the fight. Paul knocked out Tyron Woodley in the sixth round of the eight-round fight.

With this knockout, Paul made a record of knocking out every opponent he faced.

However, before getting knocked out Tyron Woodley did something bizarre inside the ring. An unintentional elbow from Woodley cut Paul’s eyebrows. He then took down Jake Paul in round four.

In the middle of the fourth round, Woodley connected a right hand, and soon after Paul started clinching to him. Tyron seemed frustrated from the clinching and slammed down Paul to the canvas. The whole crowd went wild in for the takedown. However, the referee warned Tyron for doing so and the fight continued.

Is this the end of the Tyron Woodley vs Jake Paul rivalry?

As Jake Paul knocked out Tyron Woodley by catching him off guard with a heavy right hand, many felt it weird. Since Tyron is a UFC veteran and even former champion for him dropping his guard like he did seem very mature.

Moreover, Tyron was not even decent throughout the fight. With constant clinching, no follow-up punches. He was holding up so much that the referee said ” you are holding too much“. It was somewhat similar to the last fight; he wasn’t punching enough nor was he was busy or faster in the feet. 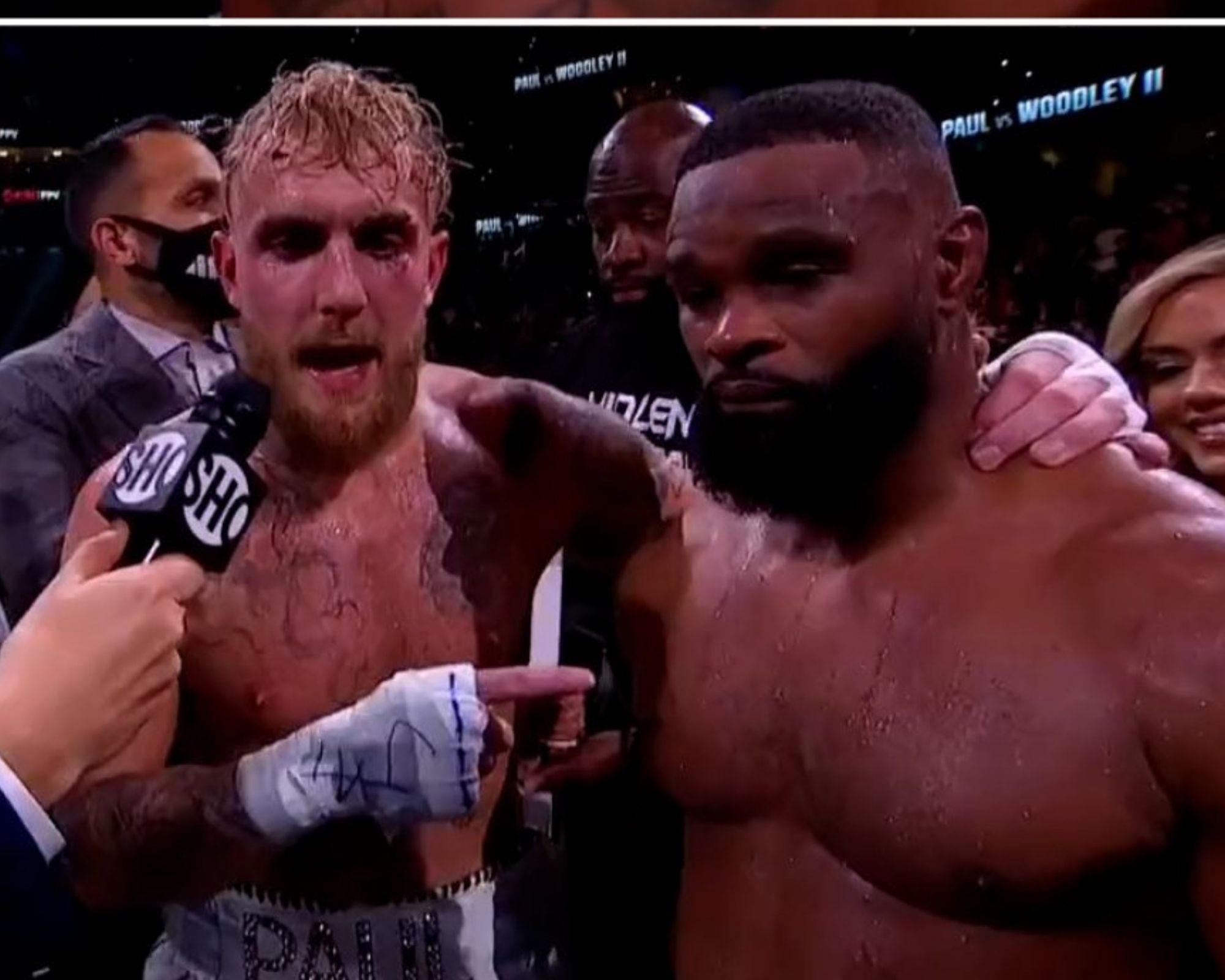 This made the crowd boo for the fight. Nevertheless, with this loss, the possibility of the trilogy fight does no longer makes sense. However, during the ring interview by Ariel Helwani, he asked Paul what he thinks of Woodley. To which the problem child replied saying that he respects Woodley for taking the fight on such short notice. So, taking anything away from him for losing this fight won’t be fair to his illustrious MMA career.