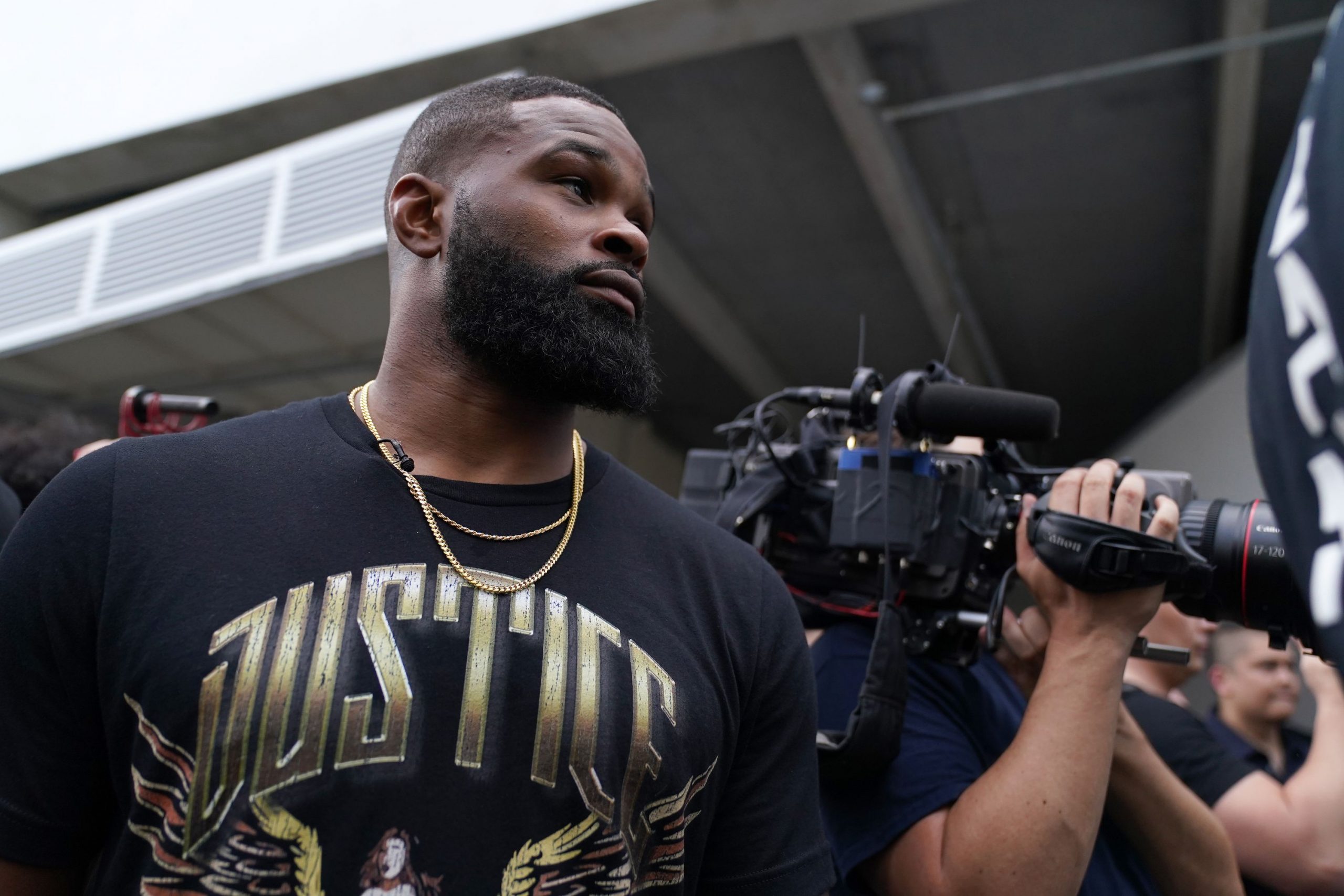 Things got heated during the press conference for Tyron Woodley vs Jake Paul after Paul’s teammate went back and forth with Woodley’s mother, Deborah Woodley.

Tyron Woodley’s sister would confront one of Jake Paul’s teammates and later on Tyron Woodley got involved, which created an ugly situation. Fortunately, it did not escalate to a physical altercation and Woodley soon left the venue with his team.

However, backstage Tyron Woodley ran into Jake Paul’s teammate, J’Leon Love and they had a heated exchange once again.

And no love was lost between these two rivals as Tyron Woodley seemed furious after seeing J’Leon Love at the press conference. Woodley screamed at J’Leon while leaving the venue:

Tyron Woodley was heated after member of Jake Paul’s entourage got into verbal altercation with his mom @ShowtimeBoxing pic.twitter.com/aA1JBqZSMh

Tyron Woodley issued a statement following the altercation at the press conference and said: “One thing I don’t do is disrespect. When disrespects comes to my mother, it’s a whole issue. F*** this money, f*** this bag, f*** the pay per view, f*** the fight. When it comes to that, it will not be tolerated.”

Can Tyron Woodley beat Jake Paul in the boxing ring?

Jake Paul is the favorite going into this fight and rightfully so. It can not be denied that Woodley is more experienced, more skilled, and more accomplished when it comes to mixed martial arts. And it is needless to say that he has more experience of boxing in the gym and inside the octagon than Jake Paul.

However, we can not consider Jake Paul a YouTuber anymore. He is a pro boxer with 3 knockout wins. Even if his opponents were not world-class Jake Paul has certainly looked impressive so far.

Now, Woodley can shut the lights out of Jake Paul if he connects his vicious right hand. But, it has been a while since fans have seen Woodley strike fear in his opponents’ hearts with his striking and explosiveness.

Woodley is coming off 4 brutal losses in his UFC career. So it’s not going to be an easy task for Woodley to get his hands raised on August 29.