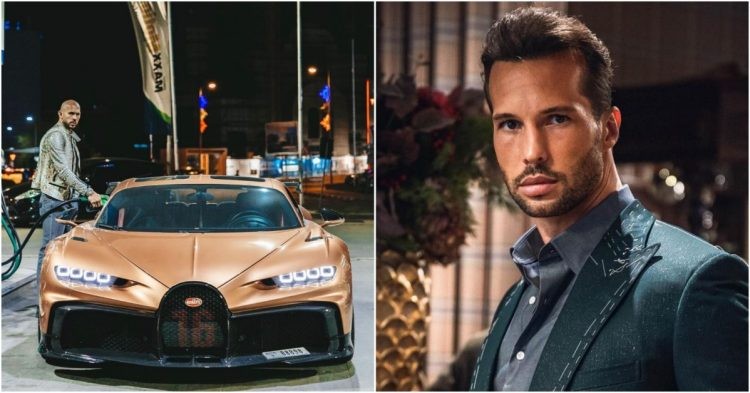 Andrew Tate is often the subject of headlines for the past few months. From getting detained in Romania to being in talks to fight Jake Paul, Tate is everywhere! However, one person who goes totally unnoticed amid all the craziness for Andrew is his younger brother Tristan Tate. Fans know that Andrew is a former four-time kickboxing champion, but his brother is no less of a fighter either.

The best example of it emerged in a recent viral video of his beating up two men at once. However, it looks like the footage was filmed with a surveillance camera. But it clearly shows the whole incident. It looked as if they were posing on top of Andrew Tate’s Bugatti. Although not much was clear in the video, it seemed as if the altercation took place outside a restaurant.

Tristan showed off some impressive striking skills. In an impressive display of strength, Tate pulled the men off his brother’s car. He then proceeded to kick a man before knocking him down with a swift right.

Although there were other men around them, nobody even dared to approach him and fight back. The group eventually left Tate’s car alone and walked away from the scene.

As previously mentioned, Tristan Tate is Andrew Tate‘s younger brother. While his brother goes by nicknames such as the “Top G” or the “Cobra,” Tristan has a much simpler nickname, “Talisman”. Similar to his brother, Tristan is also a social media influencer. He also describes himself as a European kickboxing champ, a millionaire, and a philanthropist. On his Instagram profile, he has over two million followers.

According to a report, Tristan Tate was born on July 15th, 1988. His father is named Emory Tate who worked for American intelligence and was a very highly reputed chess player. He is a dual citizen as his father was from the United States of America and his mother was British. Aside from his brother Andrew, Tristan has a sister too and her name is Janine.

The 34-year-old is reportedly worth $110 million. Although he is not as rich as his brother, Tristan’s net worth is nothing to sneeze at!

As for his fight record, there is not a lot of credible information out there. But, Tate’s fight against Martyn Flood for the ISKA British title is on record and Tate won the bout via TKO. Although there are certain reports that Andrew Tate is a 4-time kickboxing champion, there is no such record for Tristan Tate.