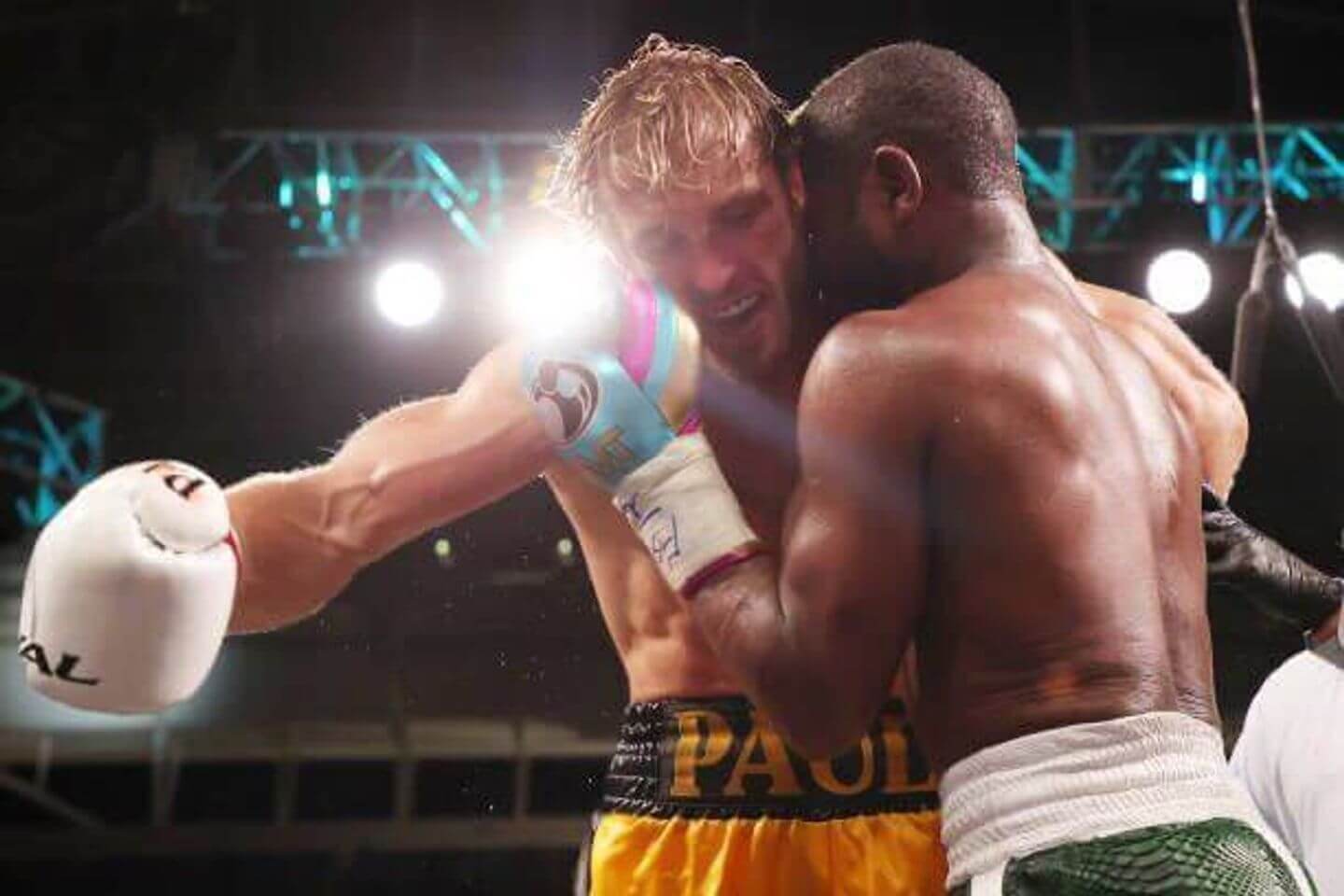 However, how the fight played out might have left a significant impact on Mayweather’s reputation in the boxing world. Mayweather was bel to dodge hundreds of punches from Logan Paul.

Now many believe that the fight was work and Mayweather carried Logan Paul for 8 rounds to make the fight entertaining. And a certain moment from the fight does raise doubts among the fans.

Logan Paul came out strong in the early rounds but he gassed out as the round progressed. And at one point, Floyd landed a right hand that rocked Logan Paul and it seemed Logan grabbed Floyd Mayweather to avoid a knockdown. It is to be noted that Logan Paul did a similar thing against KSI. However, the fans online are describing this moment as Floyd carrying Logan Paul to avoid the knockdown.

Though the footage seems suspicious it is unlikely that Floyd tried to save Logan Paul from a knockdown in the fight. Logan Paul was exhausted and he tried to hang on to Floyd to avoid going down after the punch.

Was Floyd Mayweather vs Logan Paul a work?

Now, whether these claims are true that is hard to determine as the fans will never know what happened behind the curtains during the contract negotiations. However, the entire fight was not a good look for Mayweather.

And even Floyd Mayweather admitted that and said he is not 21 anymore and can’t go as hard as he wants to during training. However, it is needless to say that the fans expected a more clinical performance from the greatest boxer of this generation.

However, fans are also not considering the fact that Logan Paul was at least 50lbs heavier than Mayweather during the fight. He also tried to clinch a lot when he gassed out. And he is a tough fighter. Nevertheless, it was an exhibition and the fans got an opportunity to watch Floyd Mayweather box again.