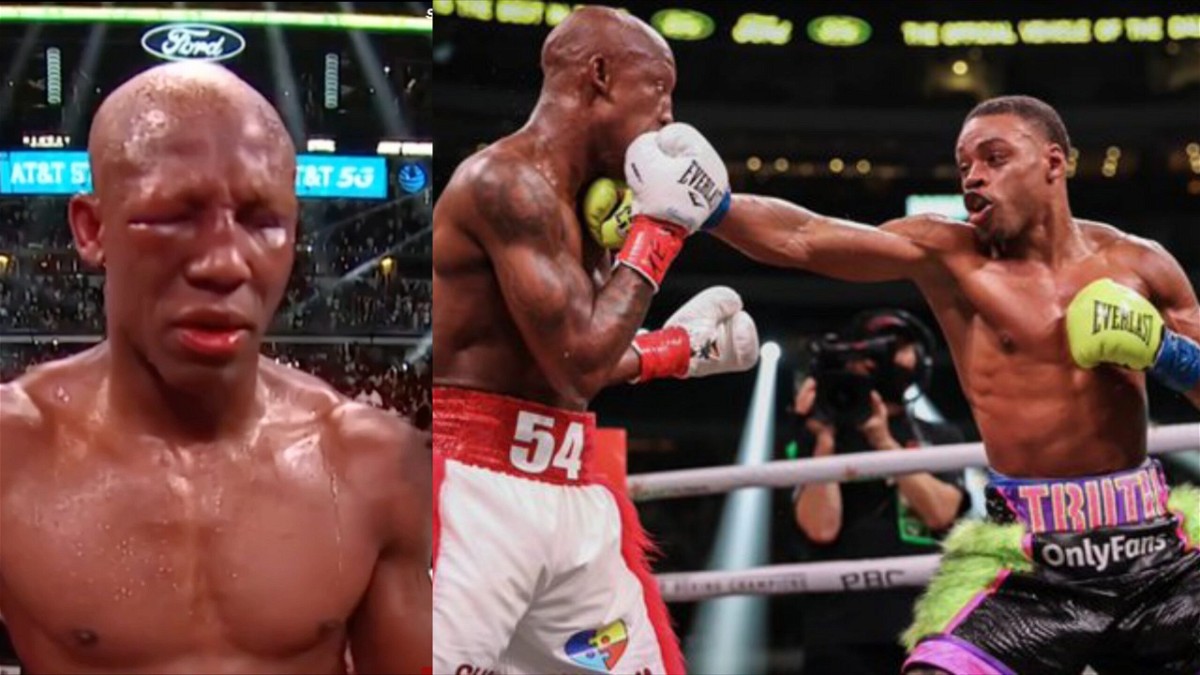 Errol Spence Jr once again proves why he is considered the beat active welterweight in the sport of boxing. He just defeated Yordenis Ugas via doctor’s stoppage in their WBA (Super) middleweight title fight.

From the first round onwards, Errol Spence targetted Ugas’ body. In an interesting and effective strategy, he did not allow Ugas to extend his arms at all. He stood right in the pocket and landed vicious body shots throughout the fight. Spence very seldom went for the head, but whenever he did, he made it count.

In the seventh round, the welterweight champion landed a massive hook that rocked Ugas badly. It turned out that the punch broke the 35-year old’s orbital bone. The right side of his eye swole up so rapidly that the referee momentarily stopped the contest in the 8th round for the doctor to check on Ugas.

Although the doctor allowed the fight to continue for one more round, by the 10th round, the referee intervened once again and this time the doctor called the fight. The loss tonight marks the first stoppage defeat of Ugas’ career.

Although the fight ultimately went against him, Yordenis Ugas did manage to rock Errol Spence Jr in the sixth round of their fight. Spence had a momentary lapse of concentration and Ugas caught him with a combo that sent Spence’s mouthpiece flying. With Errol being visibly rocked, the referee stopped the bout so that Spence can get his mouthpiece back.

The referee definitely did not do anything that illegal by breaking up the fight, but it did allow Errol to get a few valuable seconds to regain his composure. In his post-fight interview, Ugas spoke on it and said,

Errol Spence Jr, on the other hand, has called out Terence Crawford after the fight. The two have gone back and forth for a number of years now. Will the much-anticipated bout finally take place this year? Only time will tell.