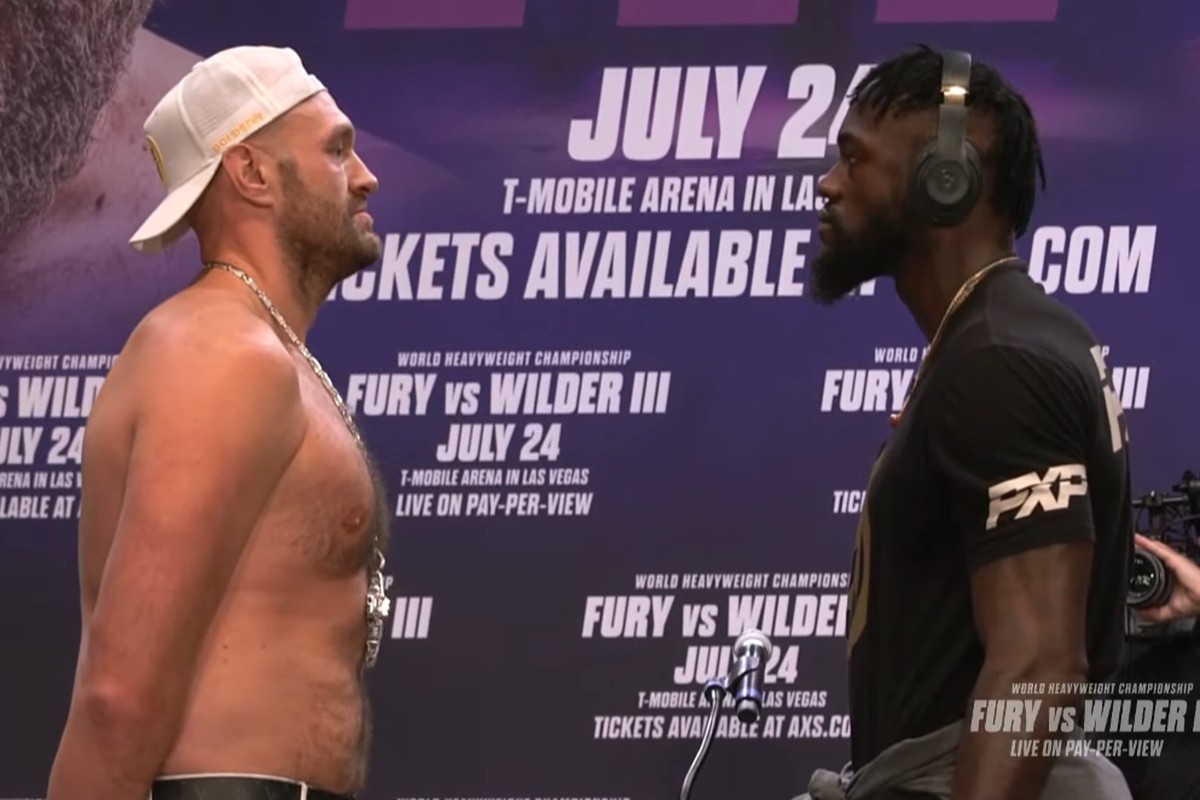 The pre-fight press conference between Tyson Fury and Deontay Wilder was one of the weirdest press conferences of all time. This is because the two boxers engaged in a bizarre 5-minute stare down without speaking a single word.

Getting into the details of the event, after the press conference, the event moved on to a planned stare down. Where Tyson Fury and Deontay Wilder stood apart from each other and engaged in an intense face-off. Further, into the face-off, Deontay Wilder removed his sunglasses and continued staring at Tyson Fury. However, this stare down turned out into an intense battle between the two boxers. Both the fighters were in no mood to back down. The Top Rank boxing interviewer asked the two fighters to turn their faces towards the camera for some pictures. But both the fighters ignored and continued staring silently.

After a five minute long stare down the security stepped in and requested the fighters to leave. In the end, Wilder wore his sunglasses back and left the arena. Although Tyson Fury stayed there for a few more minutes.

It looked as if both fighters were trying to show their superiority during this weird stare down. Nonetheless, this staredown was very intense and as a result, this event will always be remembered. 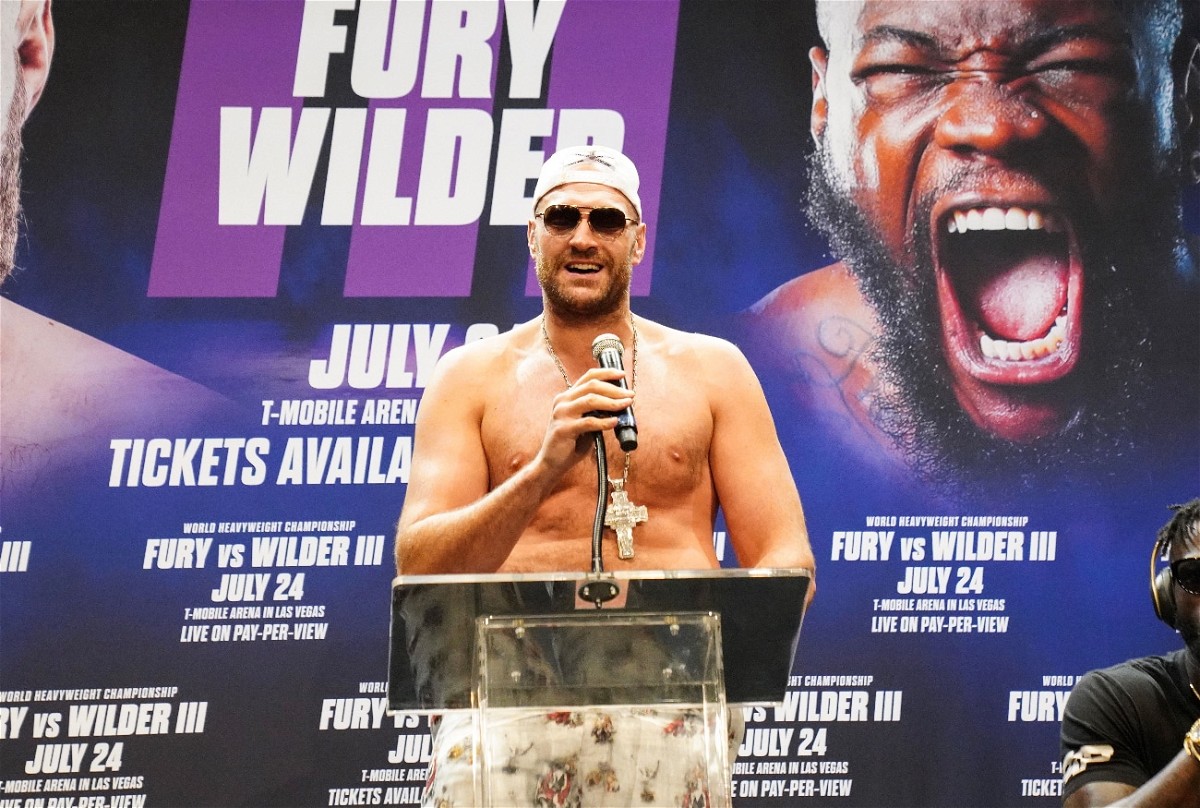 After giving an opening statement Deontay Wilder remained silent for the rest of the pre-fight press conference. He refused to answer any questions from the interviewer and also ignored Tyson Fury’s chatter during the press conference.

Tyson Fury explained the reason behind Deontay Wilder’s weird demeanour in the press conference. “I believe that he is not mentally, emotionally and physically involved in this fight. I think he’s doing it for the wrong reasons and when people do things for the wrong reasons they always end up wind up getting hurt.”

The Gypsy King believes that The Bronze bomber will end up doing the same things that he did in the last fight and will end up getting knocked out. Therefore it will be interesting to know whether Deontay Wilder has made any changes or not to his fighting style.

Also read: Tyson Fury Reveals His Gameplan to Violently Knockout Deontay Wilder- “He Does Not Go Past Round 7”-