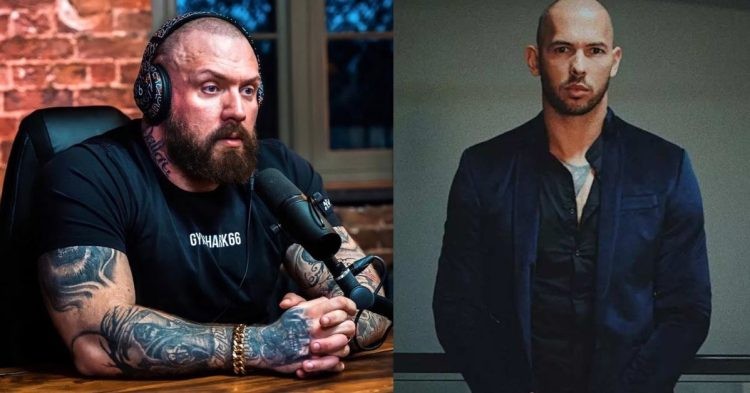 YouTuber True Geordie, real name Brian Davis, finds himself in the middle of a controversy after his recent remarks towards Andrew Tate and the Islam religion. Following his “racist” jokes, the fitness apparel brand, Gymshark ended all ties with him.

True Geordie was accused of racism and Islamophobic comments after he made a joke towards Tate implying that the viral social media star should “do the right thing,” and “blow himself up”. These comments soon went viral on several social media platforms.

After fan backlash towards True Geordie’s Islamophobic remarks, Gymshark recently announced that they will revoke their relationship with him. Gymshark wrote:

“We do not condone racism, discrimination, or Islamophobia in any form. We do not agree with the comments made by Brian, aka True Geordie, and have suspended our relationship with him indefinitely, and effective immediately.”

A statement from Gymshark pic.twitter.com/UkXVcg5DTo

Geordie had apologized for his “idiotic joke” and issued an apology soon after he got in the crosshair. He did not speak out since his last apology video. However, it is very unlikely that Geordie’s apology undid the damage and now he has to face the consequences.

Andrew Tate noticed this after True Geordie’s comments went viral across all social media platforms such as Twitter, Tiktok, and Instagram. The controversial personality soon responded to Geordie’s offensive jokes towards him and all Muslims.

Responding to Geordie, Tate said: “After me converting to Islam, he made a piece on one of his podcasts saying I’m not true in my conversion, and then insulted all Muslims.

Making f**king racist comments about an entire religion as if that’s somehow funny. Let me tell you something my friend, and True Geordie if you are watching this, this is a message directly to you. There are certain times in life when you need to know when to shut the f**k up.”

Tate is banned from all social media platforms for his controversial views and misogynistic statements. However, this time Geordie faced the consequences and it seems like Tate already knew what was coming next for the UK YouTuber. Tate added:

“To insult my religion, and the religion of billions of people across the f**king planet, making ignorant jokes about blowing ourselves up, thinking it’s gonna go without consequence, you’re gonna learn very quickly my friend that was a mistake.”

True Geordie is already facing the consequences, and soon after Tate’s callout, he made an apology. However, according to some people, Geordie’s apology was not genuine and he only issued an apology for the fear of getting canceled.

I made a very stupid comment last week on a livestream which has upset a lot of people.

I want to say sorry, please watch this guys as I mean every word.

Regardless, the damage has been done and after Gymshark, other brands associated with Geordie may come forward to cut ties with him.