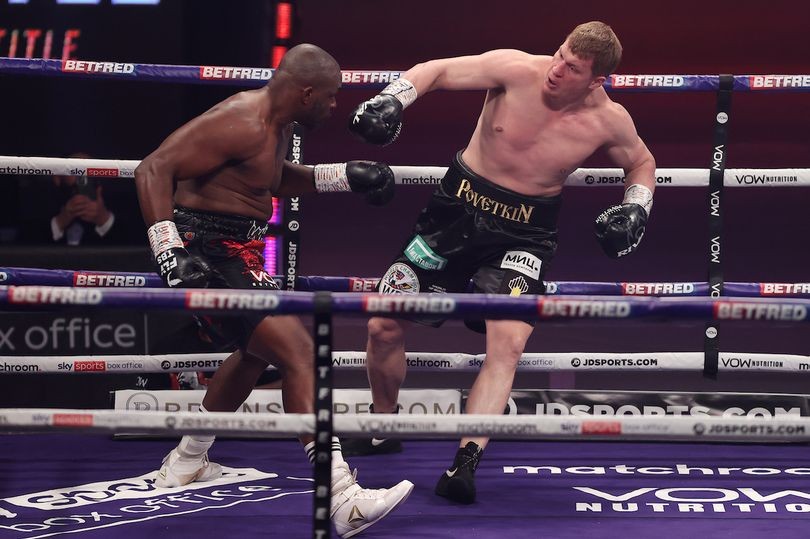 Dillian Whyte got his revenge on Alexander Povetkin as he won the rematch for the interim WBC heavyweight championship via stoppage in the fourth round inside Europa Point Sports Complex in Gibraltor.

In what was expected to be a banger from the start, Dillian Whyte left no doubts in the minds of boxing fans around the world as he avenged the second loss of his professional boxing career with a scintillating TKO win in the fourth round.

Dillian Whyte vs Alexander Povetkin round by round coverage

Whyte started strong landing several stiff jabs on the Russian boxer. He caught Povetkin early with a left hook, however, it looked both the boxer did not manage to land anything significant as Povetkin looked displaced from the early onslaught from the American veteran.

Whyte did not hold back in the first round and looked to land heavy on Povetkin. “When you hurt him, you keep your hands up.” Whyte’s corner could be heard talking to the American boxer during the round.

After a fast-paced first round, Whyte started the second round with an over-the-hand right hand that shook Povetkin. However, the highlight was once again the stiff jab from Whyte that looked like a new addition against the Russian veteran. Be that as it may, Povetkin also had his moments in the round, landing several significant strikes. Despite the early onslaught from Whyte, he looked more patient in the second round. 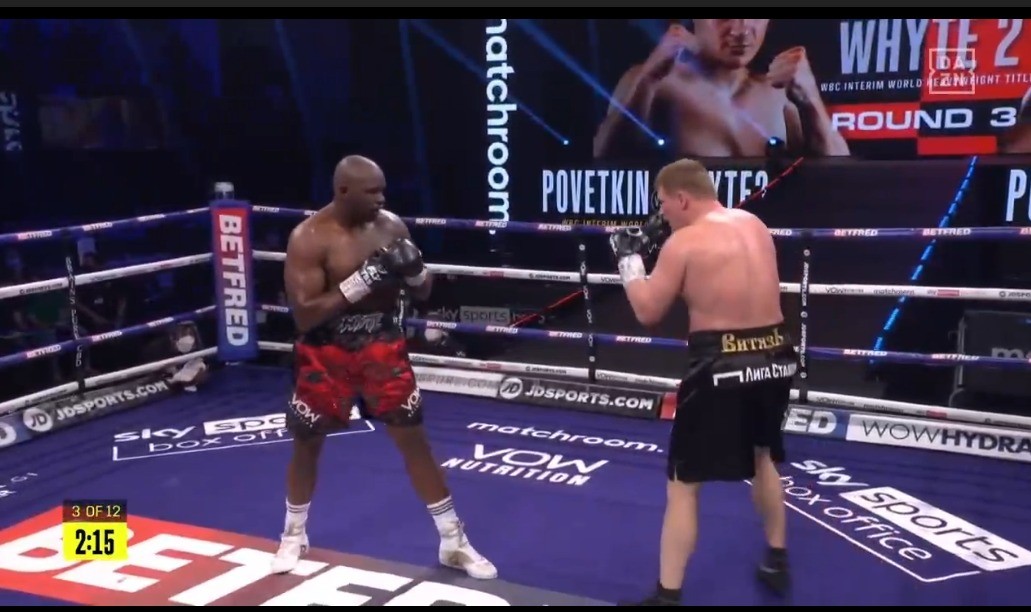 Going into the third, Povetkin started strong, throwing haymakers on the American boxer. However, it was Whyte who landed a significant counter that shook Povetkin. The Russian took the shot well, taking a couple of good right hands from the Body Snatcher.

Heading into the fourth, Whyte caught Povetkin with a brutal right hand, landing haymakers on the Russian veteran. However, the experience of Povetkin was once again on display, as he recovered quickly and there some of his own counters to keep Whyte at a distance. However, it was a matter of seconds before Whyte’s lethal barrage of punches took down the Russian veteran. A right hand, followed by a combination ensured that the American boxer got a highlight-reel finish.

What went wrong for Povetkin?

Povetkin’s legs looked a tad bit compromised from the first bell. Additionally, there was barely any head movement from the Russian veteran, with Whyte’s jabs working all night long.

While Whyte looked dangerous from the first bell, there were moments akin to the first fight where Povetkin could have been dangerous. However, the Russian boxer looked slow on his feet and fell in Whyte’s trap, who looked like he came to secure a finish. Povetkin had no answer for Whyte’s jab, who looked to be landing those stiff shots on will on the boxing veteran.

While there were moments where Whyte left himself open for shots, and Povetkin managed to get something out of it on some occasions, it was the energy with which Whyte started the first round that set the pace of the fight and got him the win.

Who are the Training Partners of Francis Ngannou?

Controversy to Kick off UFC 260! Abu Azaitar Pays Heavy Price for Questionable Judging by the Referee