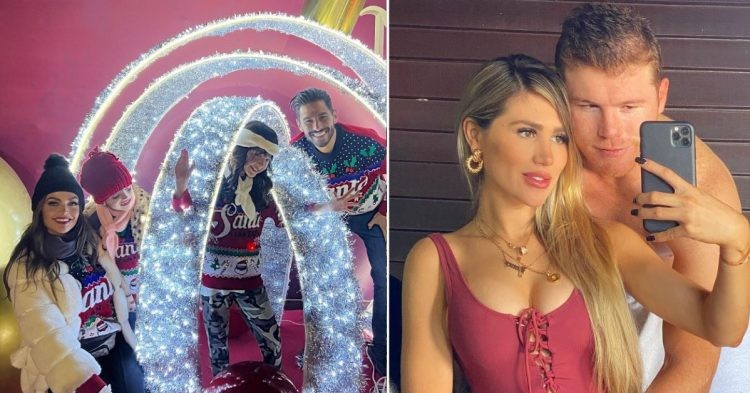 Canelo Alvarez is married to Fernanda Gomez. Despite their fair share of ups and downs, Canelo and Fernanda have stood strong despite the adversity during the early years of their relationship and are now one happy family along with their daughter Maria. The couple met way back in 2016, and after almost five years of dating each other, decided to tie the knot in 2021.

However, 2021 wasn’t the only year that Canelo Alvarez shared the excitement of marriage. Back in 2012, Canelo Alvarez was dating Marisol Gonzalez, and the couple had even decided to get hitched in the same year. So what went wrong?

Where is Marisol Gonzalez right now?

At the time when Marisol and Canelo were dating each other, the Mexican boxing great was just 20 years old. Gonzalez was seven years elder than Alvarez, at 27. The duo shared a brief relationship back in 2010, and they were serious! So much, that Canelo even gifted her an engagement ring worth a whopping $500,000 during their engagement. The pair were all set to tie the knot later in 2012, but it never worked out and they decided to go their separate ways shortly after.

Marisol Gonzalez is now married to former Mexican soccer player Rafael Márquez. The duo got married in the year 2014 and two have two beautiful daughters between them.

What happened to the engagement ring that Canelo Alvarez gifted to Marisol Gonzalez?

Did Marisol Gonzalez give the $500,000-worth engagement ring back to Canelo Alvarez after the marriage was called off? No! Canelo Alvarez refused to take back the ring he gifted her during the engagement. In an interview, Marisol revealed, “One of the times we were breaking up and going back I told him I was going to give him the ring back and he never accepted it. The ring that Canelo Alvarez gave me, my mom must have it, it was a long time ago.”

Marisol Gonzalez, who also participated in the 2003 Miss Universe doesn’t really like to talk about the ring that Canelo Alvarez gifted her, partly due to her husband who doesn’t like that topic. “I keep the one that should be kept, I prefer not to comment because my husband doesn’t like me to talk about it.” She stated.

While it’s not clear what went wrong between Canelo and Marisol, it’s safe to say, some things just aren’t meant to be. Both of them are happy in their lives right now and have lovely families.