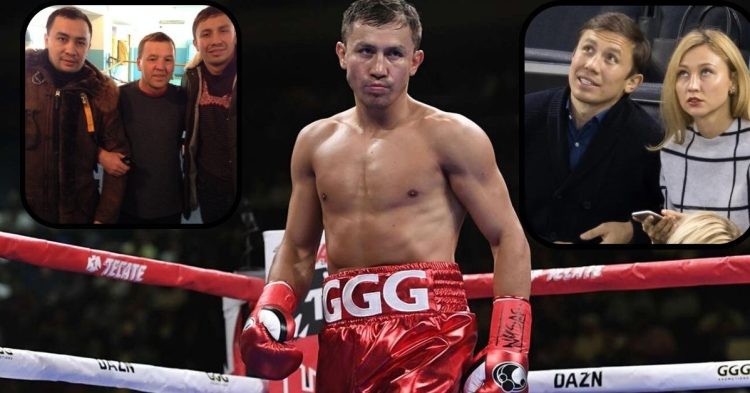 Gennady Golovkin and his family

This Saturday, Saul ‘Canelo’ Alvarez and Gennady ‘GGG’ Golovkin will finally meet for the third time to close their trilogy. They will be fighting for the undisputed super middleweight championship on Saturday, September 17 at the T-Mobile Arena in Las Vegas, Nevada.

Alvarez is coming off a loss against Dmitry Bivol when the Mexican attempted to conquer the light heavyweight championship. Canelo enters the bout as a big fan favorite against aging but still a dangerous opponent.

Meanwhile, Golovkin will be avenging what he believes were two victories that were denied him in the first and second chapters of their fight series in one of the most anticipated boxing fights of the modern day. This highly-anticipated trilogy match airs live on DAZN PPV.

Now, apart from the fight, let’s meet the GGG family: his wife, children, parents, and brother:

Golovkin was born in the city of Karaganda in the Kazakh SSR of the Soviet Union. His father was a Russian coal miner and his mother was a Korean chemical lab assistant. The Kazakh boxer has three brothers, two older ones, named Sergey and Vadim. He also has a twin named Maxim who we have seen as he is a part of GGG’s team.

According to sources, when Golovkin was nine years old, his two older brothers joined the Soviet Army. In 1990, the government informed Golovkin’s family that Vadim was dead. Four years later the tragedy struck when the government shared the same about Sergey.

Not much is known about the wife of GGG, Alina Golovkina, as the Kazakh boxer is secretive about his personal life. But we can tell you this that Alina is also from Kazakhstan, and has two sons.

In 2006, Golovkin moved from Kazakhstan to Stuttgart, Germany and in 2014, he moved to California, where he currently lives with his family.

Alina and Golovkin were married on July 7, 2007, according to The Sun. The couple has two children. They have a son named Vadim, who is in elementary school, and a daughter of five years.

As per the media outlet, Golovkin received a call around noon to inform him that his wife was going to the hospital, but GGG said he couldn’t leave because he had a training session at noon.

Shortly before his first clash with Canelo Alvarez back in September 2017, Alina gave birth to Golovkin’s second child. However, Golovkin missed his daughter’s birth as he was staying in California to train for his fight.